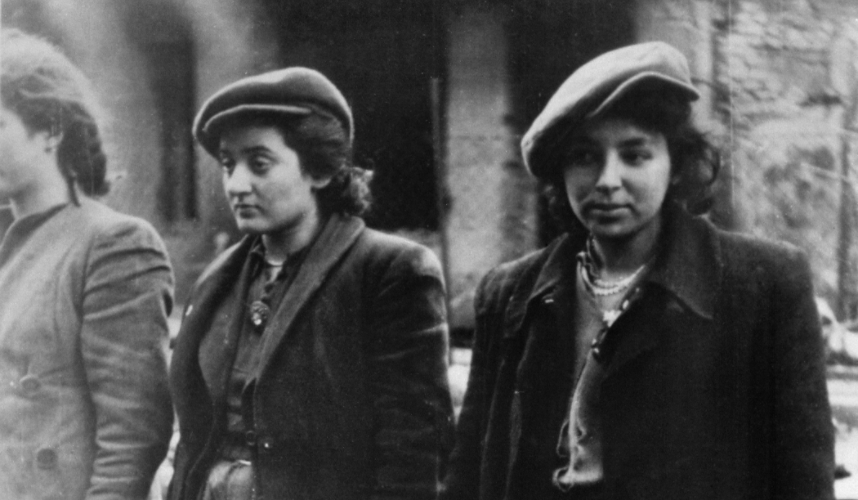 YouTube Video Premiere Monday 19 April 2020 at 1 PM EDT
This year marks the 78th anniversary of the Warsaw Ghetto Uprising. 13,000 Jews were killed during the revolt (some 6,000 among them were burnt alive or died from smoke inhalation). Of the remaining 50,000 residents, almost all were captured and shipped to concentration camps or killing centers.
The Congress for Jewish Culture, along with Friends of the Bund, Jewish Labor Committee, and Workers Circle, will host a commemorative event on the Congress for Jewish Culture YouTube channel and through www.congressforjewishculture.org/videos.
Due to the online nature of this year’s memorial, the New York Committee is pleased to be joined for the first time by the Montreal Workers Circle and
the California Institute for Yiddish Culture and Language.
We have assembled an impressive array of academics and artists to remember the victims of the Nazi war on European Jewry and commemorate their resistance.
The program, in English and Yiddish with English subtitles, will feature keynote addresses by Lili Kshensky Baxter (Atlanta), Hinde Ena Burstin (Melbourne),
and Samuel Kassow (Hartford).
The artistic program:
Rivka Augenfeld (Montreal), Maida Feingold (New York), Annette Harchik (New York),
Feygele Jacobs (New York), Daniel Kahn (Hamburg), Shura Lipovsky (Amsterdam),
Shifee Losacco (New York), Mir Kumen On Yiddish Choir of the Jewish Labour Bund Melbourne, David Rosenberg (London), Deborah Strauss (New York),
and the Workers Circle Shule students.
The program will be chaired by Marcel Kshensky (New York).
A link for this notably significant event will appear on the channel beginning
Sunday 18 April and will go live on Monday, April 19 at 1 PM EDT.
You can subscribe to the channel and click on the bell icon for an alert when the program is posted, or email us here for a direct link when it becomes available.
Download a free book edited by Irena Klepfisz marking the 75th Anniversary of the Warsaw Ghetto Uprising here.