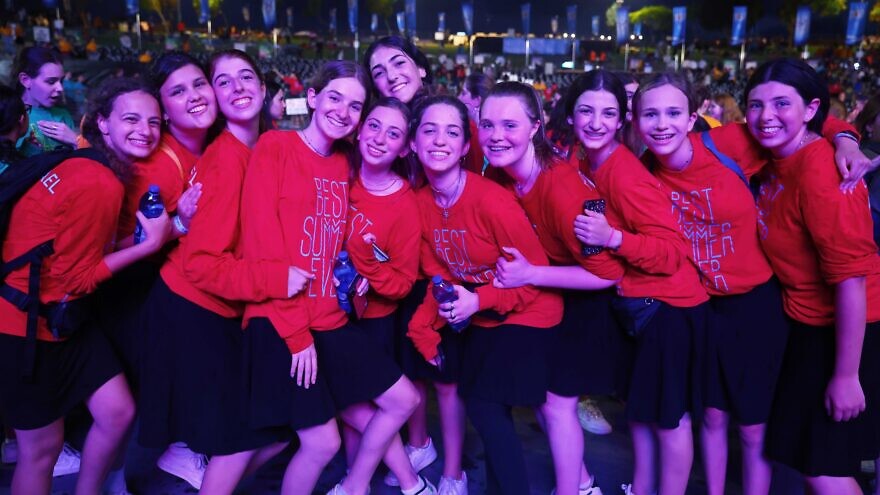 This was an extremely meaningful summer for the more than 2,300 teens who participated in the 23 NCSYsummer programs in Israel and the United States. NCSY is the flagship youth movement of the Orthodox Union (OU).

“It was a summer to remember! After close to a year-and-a-half of disruption to the lives of our teens, it was very important that we brought back our usual programming in an extraordinary way,” said NCSY Summer Director David Cutler.

The groups in Israel came together for an inspirational Yom NCSY mid-July where over 2,300 program participants, staff and supporters gathered to celebrate the return of NCSY Summer programs to Israel. The event was held at Live Park in Rishon LeZion and featured Jewish music sensations Shlomo and Eitan Katz. The event also raised nearly US$128,000 towards scholarships for next summer’s NCSY programs.

Yom NCSY included a dedication of an NCSY Summer Sefer Torah, which will be housed at NCSY Kollel’s campus in Beit Meir. In the days leading up to the grand event, the scroll along with its sofer, traveled to the NCSY Kollel campus where teens from all different religious backgrounds had the opportunity to write the final letters of the scroll.

“NCSY’s summer programs continue to inspire and engage our teens in so many positive ways. They grow spiritually, physically and emotionally through the amazing work of our dedicated and committed staff,” said Orthodox Union President Moishe Bane. “We are extremely thankful to David and his staff, the Israeli government and most of all Hashem for helping to make this summer a successful one for our teens.”

“The summertime is such a pivotal time and opportunity for our teens to connect with their heritage and for informal education to take root in inspiring their religious growth,” said NCSY International Director Rabbi Micah Greenland. “Unfortunately, last summer we were forced to cancel our programs due to the pandemic, making this summer’s programs even more meaningful. We’re extremely thankful to our staff, our participants, and those who helped us in Israel make this summer a success.”