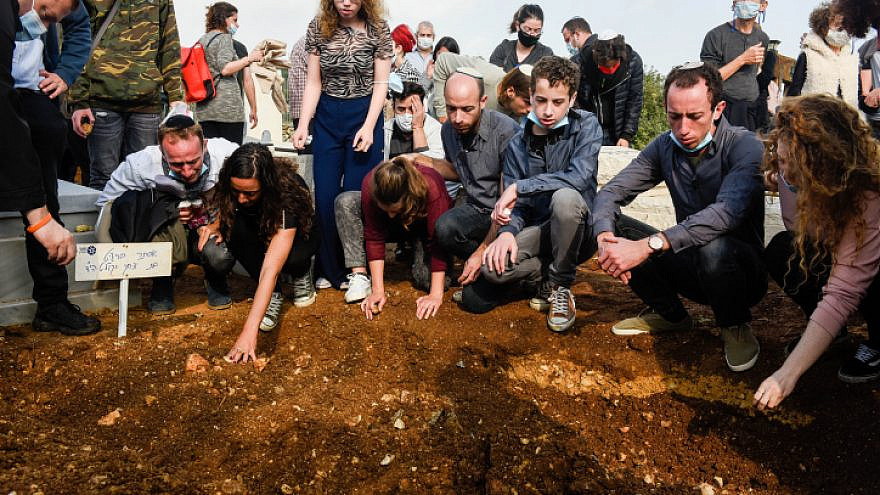 Family and friends of Esther Horgen, the 52-year-old Israeli mother of six who was murdered by an Arab terrorist last month, are organizing a Zoom event for the general public on Wednesday evening, Jan. 20, to mark her shloshim—the culmination of the traditional 30-day Jewish mourning period since her death.

Horgen’s body was found on Dec. 21 in a forest near her Tel Menashe home in northern Samaria after she had gone jogging the previous afternoon and never returned.

Days later, security forces arrested Muhammad Cabha, 40, from the village of Tura al-Gharbiya near Jenin, who admitted to Shin Bet investigators that he decided to carry out an attack in revenge for the death of an Arab security prisoner who passed away from an illness while in an Israeli prison.

“I am starting to try and make the world understand that the Palestinian Authority is supporting these terror activities,” he said in reference to the P.A.’s “pay for slay” program, in which terrorists and their families receive monthly stipends after carrying out attacks.

Horgen said that because his family immigrated to Israel from France, his focus has been on trying to convince French and officials from the European Union that “their funding to the P.A. is not being used for peaceful purposes.”

At the same time, the Israeli government’s Higher Planning Council on Sunday authorized the construction of 107 homes in Tel Menashe as part of an overall green-lighting of the construction of nearly 800 homes in Judea and Samaria. While Horgen says the building plans were already in the works, he has been pressuring government officials to approve the plans without bureaucratic hurdles as a direct response to Esther’s murder.

Ironically, in 2015, amid a wave of Arab stabbing and car-ramming terror attacks in Israel, Esther published an article in a French weekly newspaper in Israel, recently translated into English by her husband, titled “Fear.” In it, she encourages her fellow Israelis living under the threat of terror to have faith in G-d despite feelings of helplessness.

She wrote: “Fear reflects our lack of faith in ourselves, in life, in God. …Terrorism is the result of a fanatical idea taken to the extreme. … If terrorism, then, imposes its hatred and violence on humanity, let us offer love and kindness. … Joy, altruism, and faith that light is more powerful than darkness, that love wins over hatred and that joy overcomes mourning.”

The family also plans on publishing a Purim Megillah featuring Horgen’s illustrations, as she was also an artist. It is slated to be released prior to the holiday.