Home Recommended Movies A Deadly Game of Cat and Mouse 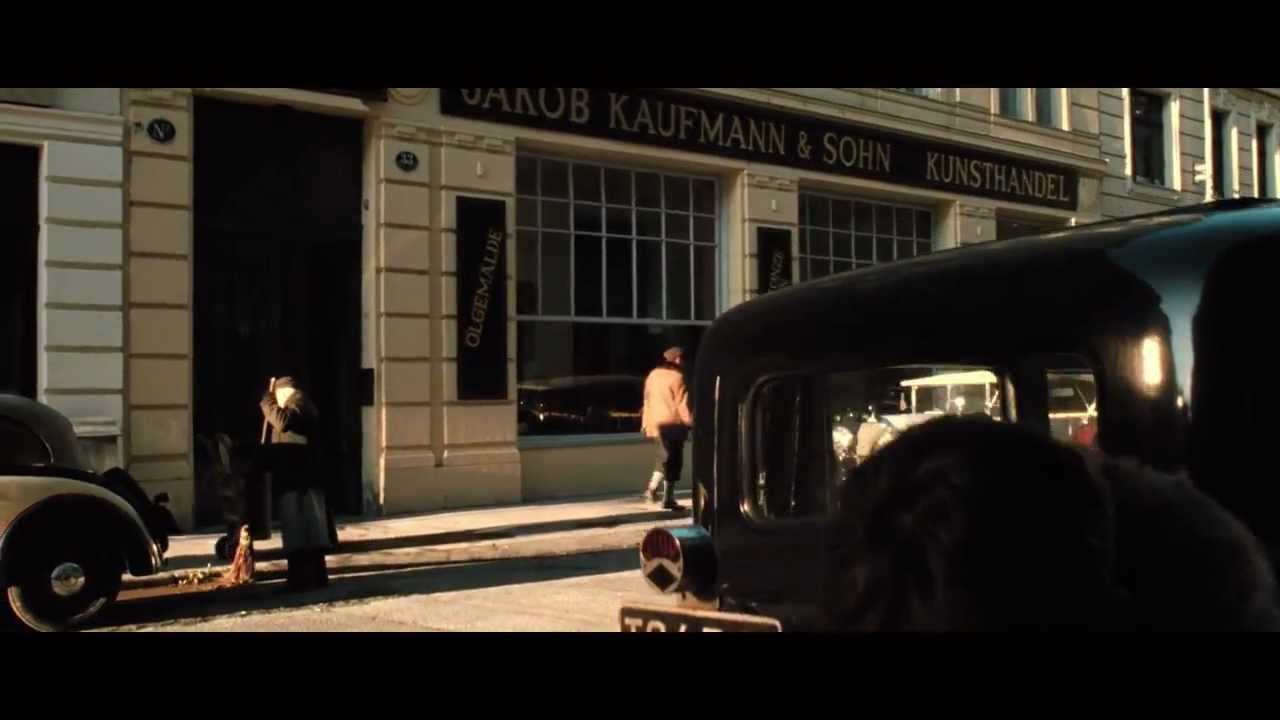 My Best Enemy (Mein Bester Feind), a 2011 film now streaming on paid Amazon Prime, opens in Vienna in 1938, just before Hitler is about to move his army into Austria. The film focuses on Viktor Kaufmann (Moritz Bleibtreu), the young, well-dressed, brash and quick-witted son of a well-to-do Viennese Jewish gallery owner and Rudi Smekal (Georg Fridrich), the gentile son of the Kaufmann family housekeeper who grew up and was treated like a member of the Kaufmann household.

The two boyhood friends reconnect at The Gallery Vernissage owned by Kaufmann Sr. (Udo Samel) who is very enthusiastic to tell the European art press that he is in the possession of a rare and priceless drawing by Michelangelo. The sketch has already been authenticated by some of the world’s major art experts. Obviously, this announcement creates quite an excitement inside the art world and throughout Europe.

Literally the very next day, the Nazis march into and occupy Austria and just like that, Rudi assumes his full-fledged Nazi SS role along with his desire for Viktor’s girlfriend – Lena.

However, Rudi’s Nazi’s status comes as a complete surprise to the Kaufmann family and Lena. From here, My Best Enemy closely follows the connected future fortunes of these two childhood buddies.

As the Nazi’s leadership (Hitler and Himmler) learn about the famous Michelangelo sketch, they too are interested to gain access to this prized possession. Rudi is willing to betray the Kaufmann family because of his many years of hate and jealousy. Rudi identifies to his superiors where the sketch is and then provides the Nazis access to both the hidden room and secret desk drawer within the Kaufmann home. Unfortunately for Rudi the sketch has gone missing. When the Nazis can’t locate the sketch and the Kaufmann’s won’t disclose where they hid it, the Nazis deport Viktor and his parents to various concentration camps.

To find the real sketch and to save his honor, Rudi is dispatched by his Oberführer to the concentration camp where Viktor is being held. Viktor’s father has already been killed for refusing to disclose the whereabouts of the sketch while his mother is also close to death. To fulfill his stated mission, Rudi commandeers Viktor and drags him back to Vienna by plane.

In the very next scene, you witness a plane crash with Viktor surviving in better shape than Rudi. All the other passengers are dead. Viktor now realizes that his only means of survival is to trade places with Rudi. So, a game of cat and mouse begins as Viktor assumes Rudi’s Nazi SS persona. Rudi on the other hand is forced into Viktor’s concentration camp uniform and the involuntary role of hated Jew.

From this point forward the film plays to a series of mistaken identities where Victor’s Rudi works continually to convince the Nazis that Viktor is really Rudi. While in juxtaposition, Rudi’s Viktor continues to insist that he is not a Jew and he is the real and loyal Nazi, Rudi.

Wolfgang Murenberger (the Austrian director) does keep a focused pace, and there are often entertaining and amusing flashes – if one can someway forget that the backdrop of the film is about the Holocaust experience. But the tranquil way the scenes are played, most particularly its caricatured Nazis, who look at times to be more blundering than evil, could perhaps rub certain audiences the wrong way.

From my point of view, this film brings back memories of the American TV series Hogan’s Heroes set in a German (Nazi) prisoner of war camp during World War II. The TV series ran for 168 episodes (six seasons) from September 17, 1965, to April 4, 1971, on the CBS network, the longest broadcast run for an American television series inspired by World War ll. Do you know that the actors who played the four major German roles—Werner Klemperer (Klink), John Banner (Schultz), Leon Askin (Burkhalter), and Howard Caine (Hochstetter)—were all Jewish?

Some weaknesses within The Best Enemy, lies with Bleibtreu’s Viktor Kaufmann never appearing to be really nervous about his life or that of his own future, while Fridrich’s Rudi looks like a hopeless Nazi foil with a continued stymied look on his face ala “Schultz” of Hogan’s Heroes.

But then, do all Holocaust movies have to “punch you in the gut” to construct their point? Can’t revenge played out in multiple forms also help substitute for the pain of one of the most terrible episodes in human history?

Murenberger’s film does try to make a few arguments of its own, whether it is underscoring “the emperor has new clothes” concept which says that the uniform counts more than the man, or that one reason among many for anti-Semitism, was envy and greed against the Jews.

Murenberger also claims that his film is “not only about revenge but also about survival in the many forms that it can take.”

On the other hand, some watching this movie, would say what Murenberger’s film misses most of all is the horrific pain and suffering which engulfed this entire period. However, there is death in this film and at times a modicum of violence. But just as with Hogan’s Heroes, which displays the Nazis as fools and Americans as cunning protagonists, I enjoyed The Best Enemy for what it is. The film hits the right balance of a fight for survival, hatred, revenge, cunning and most of all a dark comedic humor which makes this film refreshing among the genre of the many Holocaust films I have seen and reviewed.

*
Jeffery Giesener, former CEO of SourceMob, has both public and private company experience. Today, retired and enjoying life in San Diego, he’s a freelance writer who has a passion for both cinema and baking his Mom’s (OBM) European recipes.