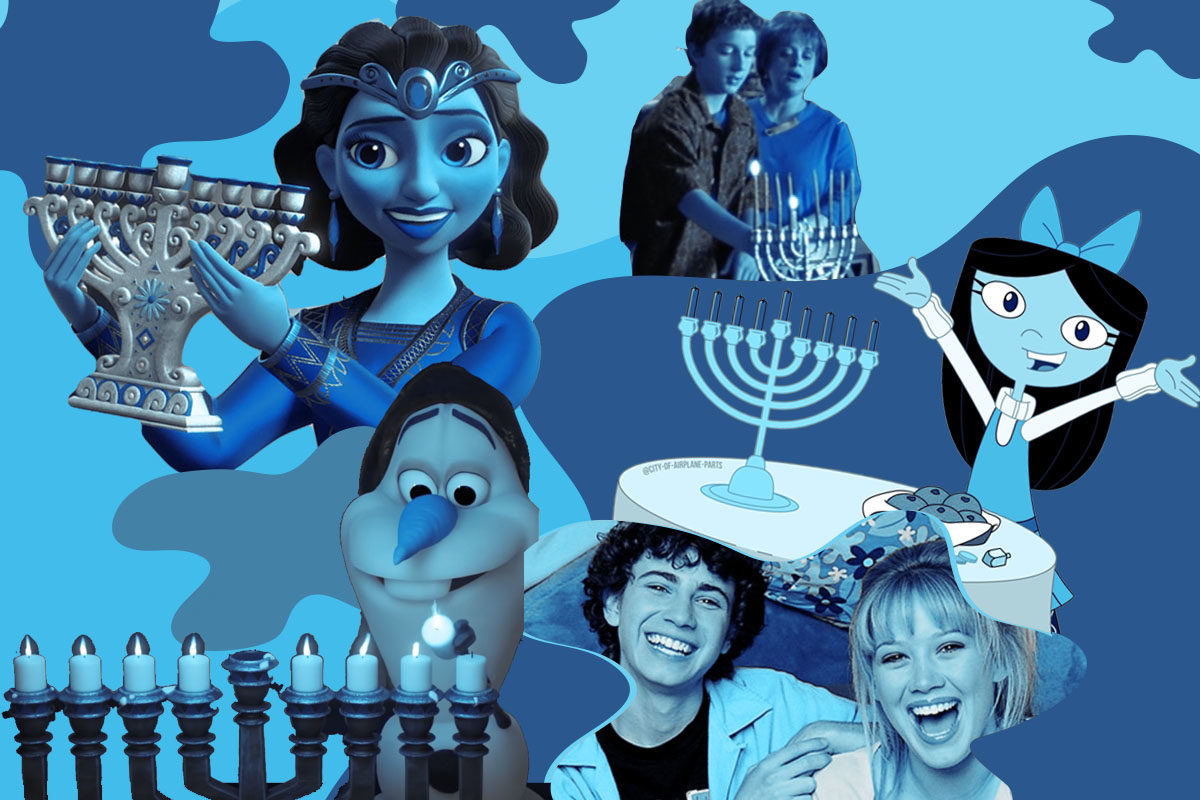 It’s December, which means there’s no shortage of streamable Christmas content this time of year. And although there are far fewer Hanukkah-themed movies and specials, they are there if you know where to find them. And now, thanks to the new streaming service Disney+, a lot of the family-friendly ones are conveniently located in one place. (A Hanukkah miracle!)

Yes, it’s true that the majority of Hanukkah TV episodes are actually Christmas episodes with some Jewish secondary characters. However, we’ve seen a massive improvement in Jewish representation in adult television in recent years, thanks to shows like Transparent and Crazy Ex-Girlfriend, so maybe that will trickle down into children’s programs as well.

But for now, these selections represent a great start. Each of the TV episodes listed here can stand alone, so even if you haven’t seen Elena of Avalor or Even Stevens, your family will still be able to follow along and enjoy it together.

So, after you light the menorah, grab some gelt to snack on, and settle in with these eight movies and TV shows:

This 2003 gem, tells the unlikely story of basketball-playing yeshiva boys. To date, it is the Disney Channel’s only Jewish original movie! Philadelphia Hebrew Academy’s basketball team hasn’t won a game in two years, but Alex Schlotsky (played by Alex D. Linz, who is actually Jewish IRL) is determined to change that. When he finds former pro basketball player Lamont Carr shooting some hoops, he hires him to coach his teammates, who are convinced that Carr is the ghost of Judah Maccabee. This movie goes into the history of the Maccabees at greater length than most holiday entertainment. And it shows other parts of Judaism, such as Shabbat dinner and quoting the Torah, in a natural way, without over-explaining. Plus, who doesn’t love an underdog sports team triumphs movie?

2. Elena of Avalor, “Festival of Lights”

OK, this one is a bit of a cheat because you can’t watch it on Disney+ — only the first two seasons of the series are available on the service, but you can watch this new episode from season 3 on the Disney Now app or on demand. This episode has been credited with featuring the first Jewish Disney princess, although Sarah Silverman claims Vanellope von Schweetz from Wreck It Ralph is the first. But whether Rebeca of Galonia is the first or the second, it’s always welcome to have Jewish representation in the world of Disney princesses. Rebeca, her bubbe, and her brother, Prince Ari, get stranded in Avalor over the Festival of Lights, so Elena and her family decide to help them celebrate Hanukkah.

The best thing about this episode is that it’s not a Christmas episode with a Hanukkah b-plot — this is the only holiday this episode is about. It teaches kids words like “mitzvah” and “nosh.” Princess Rebeca is a relatable princess, especially when she says, “Fun fact about me. I’m never not ready for chocolate.” This episode has been criticized for including too many Ashkenazi words and traditions when this is allegedly a Sephardic family — although even that distinction is up for debate.  But there is still a lot to celebrate here, especially the timely message that Hanukkah is about making the most of what we have in tough situations.

3. Even Stevens, “Heck of a Hanukkah”

Another episode that’s actually about Hanukkah! The backstory: The Stevens have three children: Louis (played by a young Shia LeBeouf!), the youngest and the screwup; Ren, the middle child and perfect student; and Donnie, the jock. In this episode, Louis wants to find all the Hanukkah presents, but he accidentally drops them out the window and breaks them all. When his family blames him for ruining the holiday, he gets the It’s A Wonderful Life treatment and gets to see what his life would have been like if he had never been born. It’s less about holiday traditions and more about accepting yourself and your family, which is a worthwhile lesson all year long.

This one is for the preschool crowd. The theme song explains what the show is about: Bob has two puppies, Bingo and Rolly, who get into adventures and save the day when he’s not around. This episode has two discrete parts: The first is about Christmas, but you can skip ahead to the second part, in which Bob agrees to bring latkes to his next-door neighbor’s Hanukkah party. They tell him to be sure to arrive before dark, so he can be there when they light the candles. But, oh no! Bob doesn’t have enough oil for the latkes, and plans to buy it on the way home from work, but while he’s away, his puppies try to get the oil for him. I won’t spoil how it ends, but let’s just say Hanukkah festivities are had.

Yes,  it’s right there in the title — this is, in fact, a Christmas episode. But Lizzie’s best friend, Gordo, is Jewish, so Hanukkah also plays a part. All you need to know is that Lizzie is a normal middle school girl with an annoying little brother, Matt. This episode is mostly about Lizzie wanting to make the best float for the local Christmas parade (first prize is a ski trip!). Gordo wants to decorate the tree on the float because he’s already mastered making dreidels and lighting menorahs and is looking for a new challenge. Also: Lizzie’s mom also makes latkes for Gordo.

Things do get a little religious when Matt starts talking about the true meaning of Christmas and, true, Hanukkah is only there to compare to Christmas. But Aerosmith’s Steven Tyler guest stars as Santa (!) and it’s a good introduction to one of Disney’s shows for the tween set (that is soon getting rebooted with Hilary Duff playing Lizzie as an adult). If you’re looking for a Lizzie McGuire episode with superior Jewish content, I suggest  “Gordo’s Bar Mitzvah,” but this is not about the Festival of Lights.

Again, this is a Christmas episode in which the title character has a Jewish best friend. (It’s always the best friend, isn’t it?). Kim Possible is a high school who, in her spare time, has to save the world from villains. Kim makes her BFF Ron Stoppable a cyber scrapbook for Hanukkah, and he wants to give her an equally thoughtful Christmas gift, so he tries to stop the bad guys while she enjoys Christmas with her family. A big plot point is that Ron loves a particular Christmas special, The Six Tasks of Snowman Hank, and is devastated when it gets cancelled. I personally love a Christmas special, even if I don’t celebrate the holiday myself, and I think it shows it’s OK to enjoy these things even if you’re Jewish!

In this Frozen short, Anna and Elsa realize they don’t have any family holiday traditions, so Olaf goes off in search of other traditions. One of the families he meets is Jewish, and though it’s only a quick part of the song, it’s nice to know that there are Jewish families in Arendelle. If your family is going through a Frozen 2 phase right now, it’s worth revisiting this adorable cartoon, or seeing it for the first time.

Phineas and Ferb are two brothers who spend every day of summer vacation making inventions. In this episode, “Phineas and Ferb Family Christmas,” the siblings are celebrating Christmas in July, in which they decide to make their own Christmas special. The reason this goes on the list is that Isabella Garcia-Shapiro, their friend who has a crush on Phineas, is Mexican Jewish — and in the last song of the episode, she sings about both parts of her heritage, like breaking into a chorus of both “ole” and “oy vey.”