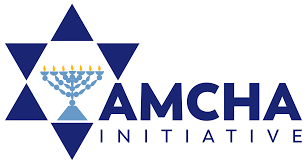 AMCHA Initiative Director Tammi Rossman-Benjamin issued the following statement today strongly criticizing California’s Board of Education for approving an ethnic studies curriculum that is politically- and mission-driven, not academically-driven, and will likely incite hate and division among high school students:

“While on the surface, the curriculum approved by the state appears improved over the rejected first draft, it remains firmly rooted in the principles of Critical Ethnic Studies, which unlike the broader field of ethnic studies, has a politically- and activist-driven mission that will incite hate and division and is dangerous for all high school students. Most profoundly concerning for the Jewish community is the portrayal of Jews, filtered through the lens of Critical Ethnic Studies, as ‘white’ and ‘privileged’. At a time when anti-Jewish sentiment, hostility and violence has reached truly alarming levels, indoctrinating students to view Jews as ‘white’ and ‘racially privileged’ is tantamount to putting an even larger target on the back of every Jewish student.

“It is reckless of the state to pour millions of taxpayer dollars into a curriculum that is based on no credible research and is steeped in Critical Ethnic Studies. For those of us who closely monitor and combat bigotry, we know firsthand that a Critical Ethnic Studies approach is very dangerous for all students, and we plan to fight tooth and nail against legislative attempts to make this curriculum a high school graduation requirement. What happens next in California, particularly as it relates to a graduation requirement, is crucial since we know other states often follow California.”

Although the ESMC has gone through three revisions since its highly controversial and politicized first draft, Critical Ethnic Studies principles have been at the heart of every draft to date, including the final one.

More than 100 university scholars and academics recently argued that the curriculum “contains numerous empirically false and politically-motivated claims about the educational benefits of ethnic studies” and have asked the state to withhold approval until these claims are removed.

AMCHA Initiative is a non-partisan, non-profit organization dedicated to combating anti-Semitism at colleges and universities in the United States.