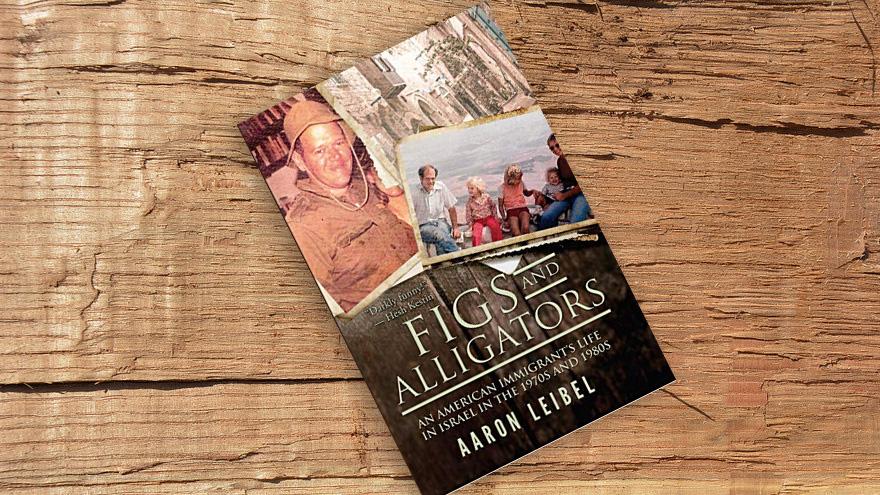 There are figs in Israel, of course.  But alligators?  Perhaps in a zoo.  The title is explained in Chapter 3 of this memoir.  In Hebrew, figs are te’enim and alligators are taninim. It’s easy for an American just learning Hebrew to get the two confused.  Imagine going into a market and asking the vendor for a kilogram of alligators.

Aaron Leibel tells us in this fast-reading book about his decision to make Aliyah; his experiences learning Hebrew in an ulpan; living with his wife Bonnie and three daughters on a kibbutz near the Lebanese border; becoming a reserve soldier in the Israel Defense Forces; deciding to move to a poor section of Jerusalem; struggling through hyper-inflation; becoming a freelance writer, eventually being hired on the staff of the Jerusalem Post, and ultimately deciding for economic reasons to move back to the United States.

Along the way, this memoir helps readers imagine what it would be like to uproot themselves from the United States and move to Israel.  While both countries have changed quite a bit in the last 40 years, some of the issues persist that Leibel describes, among them antagonism between secular and ultra-Orthodox Jews and potential warfare between Israel and such Arab neighbors as Lebanon, Syria, and, now, Gaza.

Unchanged also is the unique Israeli character – hardened, tough, on the outside; soft and caring on the inside.   Look out if you ever want the same parking space as an Israeli driver.  On the other hand, if an Israeli acquaintances know you need help, they’ll walk across the city unbidden in the dead of night to bring you aid.

You can read this volume easily in a single day, perhaps sitting in your back yard, socially distanced, with your mask off.  Try it; I bet you’ll enjoy it.