Home News Israel Amid ongoing political deadlock, is it time for Israel to consider electoral... 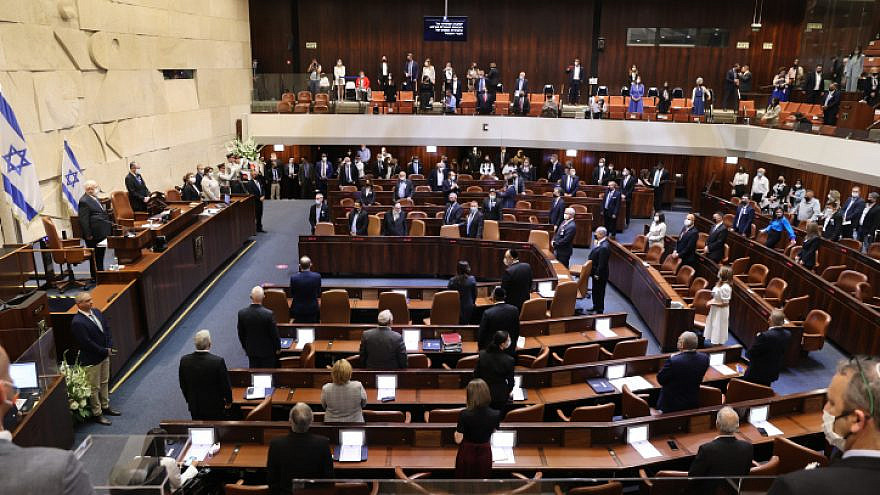 Israel held its fourth legislative election in the past two years on March 23, voting 120 members of Knesset (Parliament) into power as representatives of the 24th Knesset since the establishment of the State.

According to the Israel Democracy Institute (IDI) research center, Israel has held more national votes than any other parliamentary democracy in the world since 1996, with 11 Knesset elections over the past 15 years.

For some, the current political reality proves that Israel is a true liberal democracy, expressed by the selection of its parliamentary leadership, albeit time after time. But for others, the failure to form a working government proves that Israel’s political system is in need of a major overhaul going forward.

In fact, a recent IDI study showed that around two-thirds of the Israeli public believes that the democratic system in Israel is in grave danger. Ironically, a similar proportion considers Israel a good place to live.

He adds that “the idea that the same system can produce different outcomes ignores reality, and as long as we have the same system, we are going to have similar outcomes with the potential for a fifth, sixth and seventh election within months.”

Ettinger believes that even if a party head is successful in putting together a 61-plus member coalition, “it is going to be short-lived.”

“First and foremost, a better system is needed, which introduces accountability by members of Knesset to their constituents. Right now, the Knesset members are accountable to their party leaders. The existing system disarms voters completely and renders them irrelevant between election campaigns,” he says.

Israeli Prime Minister Benjamin Netanyahu, whose Likud Party secured the most votes with 30 mandates, received the first opportunity from Israel’s President Reuven Rivlin to try and form a government consisting of 61 seats.

If he fails to do so by May 4, the president may appoint another party head—perhaps Yair Lapid (Yesh Atid Party) or Naftali Bennett (Yamina Party) to try and establishment a coalition. If they fail, then the assignment then falls on the Knesset to appoint one of its members to form a government.

If that effort does not bear fruit, Israel might be faced with a fifth election this coming fall.

Ettinger envisions a system in which the country is divided into 120 geographical districts, where the public selects candidates who will directly represent their interests in the Knesset. He feels that once candidates are voted into office, a second election should be held for the role of prime minister, where the aim is a complete separation between the executive and legislature.

He explains that his ideal system would be similar to the “Mosaic Covenant” recorded in the Bible given by G-d to the Israelites in the desert. “When the Jews left Egypt, they elected governors,” says Ettinger. “There was a separation of power between the priests, the Levites and the heads of the tribes. This minimized the threat of a tyrannical executive and enhanced the power of constituents through the accountability of legislators to voters.”

‘Israel has had relatively stable governments’

However, Avi Bell, professor of law at Bar-Ilan University in Ramat Gan and a senior fellow at the Kohelet Policy Forum, doesn’t see the current impasse as necessarily a problem with Israel’s parliamentary coalition building system.

He tells JNS that aside from the past two years, Israel has shown political consistency: “Up until two years ago, Israel has had relatively stable governments, lasting for around three years each, which is pretty good under a parliamentary system.”

“So what changed over the past two years?” he posits. “Firstly, the electoral threshold was raised to 3.25 percent at the request of Avigdor Lieberman (head of the Yisrael Beiteinu Party). That led to odd political alignments and in some cases weeded out potential actors with more political flexibility, which is an essential part of the system.”

Bell explains this using Gideon Sa’ar’s New Hope Party as an example. “Sa’ar has six seats because he is being supported in part by those who disagree with him on every policy other than getting rid of Prime Minister Netanyahu. Voters feared that without him, there was no way of putting together a blocking coalition. So people jumped to vote for someone they disagree very strongly with because they were not looking to maximize their own political preferences in the Knesset. For them, voting for someone who represents their policies risks throwing away a vote.”

Secondly, Bell says that the past four elections are an “indictment of Netanyahu.” He notes that “as a result of structural changes over the past decades, the attorney general and law enforcement have become more political and assertive, which in the case of Netanyahu is huge.”

Netanyahu is currently under indictment for breach of trust, fraud and bribery.

In other words, Bell says, “Netanyahu’s opponents don’t believe they have to beat him at the ballot box; they can hold out until reinforcements get rid of him. If this gambit of getting rid of a guy who can’t be defeated at the ballot boxes is successful, it will happen time and time again.”

That said, Bell still doesn’t see Israel’s system as having a problem, per se.

“Rewarding parties which exist just to get rid of one guy is not a structural problem,” he says. “It’s a problem of preference. There is a minority on the right that prefers getting Netanyahu out of the way, to any other policy preference. It’s unfathomable that if you change the rules, this phenomenon is going to disappear.”

Assaf Shapira, director of the political reform program at the IDI, agrees with Bell’s assessment that overall, the system of governance cannot be blamed for the current stalemate. He tells JNS, “We have a lot of problems, but historically, forming a government was never a problem.”

He attributes the current political deadlock to the “personal and legal criminal issues related to Prime Minister Netanyahu.”

“If it wasn’t Netanyahu, a national unity government would have been formed a long time ago,” he says. “I’m not blaming anyone, but this is preventing a normal coalition.”

Shapira believes that the law in Israel needs to be amended so that if a prime minister is being prosecuted, he should be suspended from his duties and only be allowed to return upon acquittal.

One aspect of the system Shapira would change is the requirement of 61 members of Knesset to join forces to form a government. “As in other countries in Europe, there is an investiture vote, or a vote of approval. In other words, parliament expresses support for a new government,” he states.

As it relates to Israel, in his view, “the president would turn to the head of the largest party after the election and he would be charged with operating a new government; he wouldn’t need 61, the government would just start working.”

Shapira feels under this reality, “the parties themselves would behave differently and merge before the elections, trying to get the greatest amount of votes possible.”

He says this would minimize separate lists from different parties, which have similar political views. He adds that this type of arrangement could lead to minority governments being in power, which he says is not a popular option in Israel, but is something he would support while acknowledging it might seem radical in this country.

“In Europe, this is a very common form of government, and there are pros and cons. On one hand, it might be harder to pass laws, but on the other, using our Arab-Israeli parties as an example, if they support a minority government from the outside, they can gain many achievements on civic laws, equality, etc.,” explains Shapira.

Similar to Ettinger’s approach, Shapira also believes that Israeli voters should have more of an ability to choose candidates they support based on electoral districts. He said that he envisions a system similar to countries like Belgium or Denmark, where, for example, each geographic region “would have 10 representatives in the Knesset, so that most voters would have their own representation there.”

‘The system is clearly not working’

However, Michael Oren, Israel’s former Ambassador to the United States who also served as a Knesset member, tells JNS that the current reality proves “that the system is clearly not working.”

Oren believes that Israel needs to implement a bicameral house, similar to the U.S. House of Representatives and the Senate, while at the same time needs to set limits on how long a prime minister can serve in office. Oren says Israel should also raise the electoral threshold even further to prevent small parties from getting elected.

He also agrees that candidates should be elected representing local constituencies on a regional as opposed to a national level to best serve their interests while in Knesset.

As he explains, “Instead of voting for the entire Labor Party, for example, voters should have the option of picking candidates in certain areas from that party which represent them. I think this would add stability.”

While affirming his belief in Israel’s democracy, he acknowledges that changes are needed.

“There is no perfect democracy,” attests Oren. “It’s like the Dutch boy sticking his finger in the dyke, but water starts coming out of the other holes. However, we can decrease the robust holes in our ‘dam’ by implementing some of these changes.”