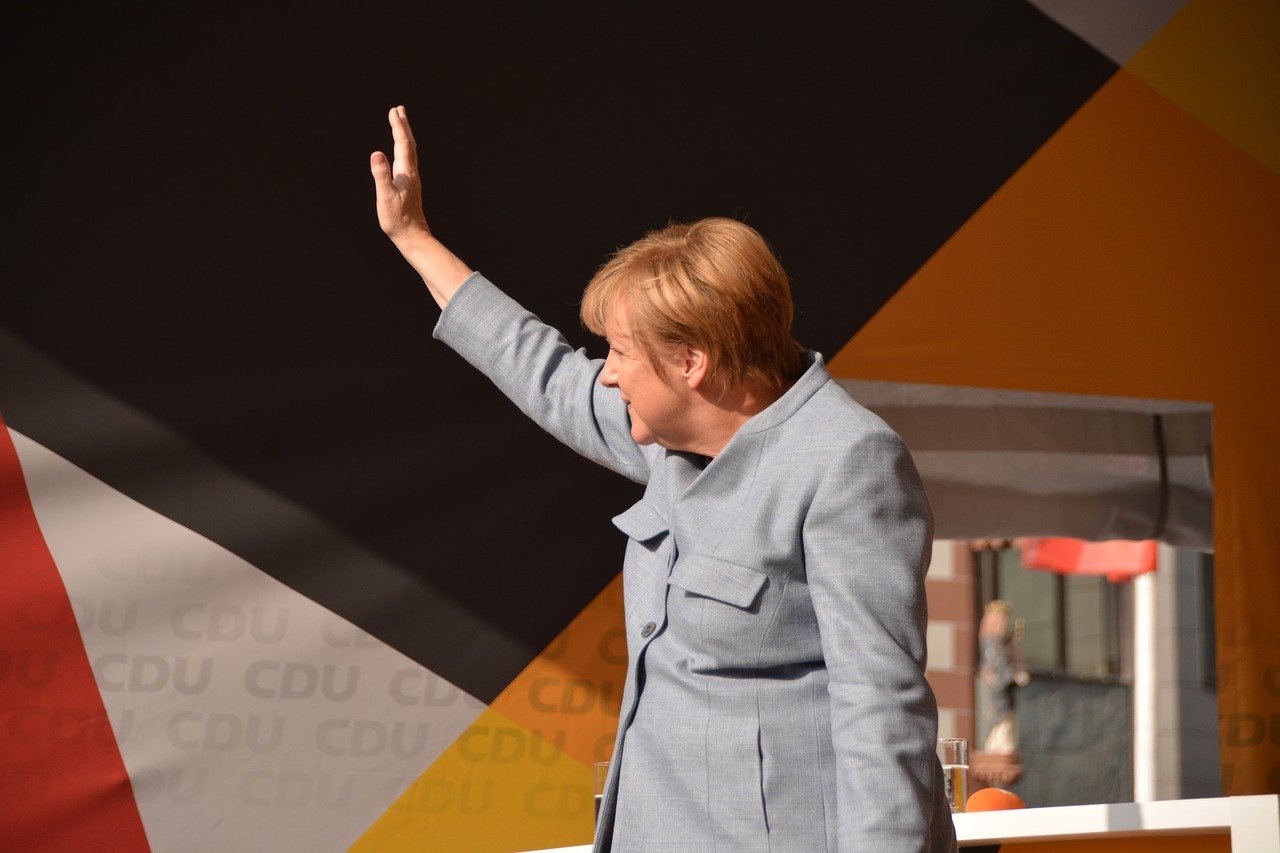 Yesterday, 10 October 2021, the Chancellor of Germany H.E. Dr. Angela Merkel visited Yad Vashem for the sixth and final time as leader of Germany. During her informative and emotional visit to the Mount of Remembrance, the Chancellor toured the “Flashes of Memory: Photography during the Holocaust” exhibition and the Museum of Holocaust Art; viewed some Holocaust-era artifacts and artworks from Yad Vashem’s unrivalled collections; and met with Holocaust survivor Henry Foner.

After participating in a memorial ceremony in the Hall of Remembrance, Chancellor Merkel requested personal time in the Holocaust History Museum to identify with the memory of the six million Jewish men, women and children murdered in the Holocaust and some of the stories of those who survived.

At the end of the visit, Yad Vashem Chairman Dani Dayan presented the Chancellor with a Token of Remembrance: a replica of the album and complete set of Bible Illustrations by the artist Carol Deutsch, which she was shown earlier in the Holocaust Art Museum.

At the conclusion of the visit Chancellor Merkel signed the Yad Vashem Guestbook.
“Every visit to Yad Vashem touches me at the core every time anew. The crimes against the Jewish people that are documented here are a perpetual reminder of the responsibility we Germans bear and a warning. That Jewish life has again found a home in Germany after the crimes against humanity that were the Shoah is an immense expression of trust for which we are grateful. This trust compels us to stand up in determination against antisemitism hatred and violence everyday anew.  This is an obligation for every federal (German) government.”

Flashes of Memory – Photography during the Holocaust
During her guided tour of the “Flashes of Memory” exhibition, the Chancellor was shown how the use of photographic documentation played a central role in the ability of the Nazi party to polarize a nation against the Jewish people – and essentially laid the framework for the perpetration of the crimes of the Holocaust.