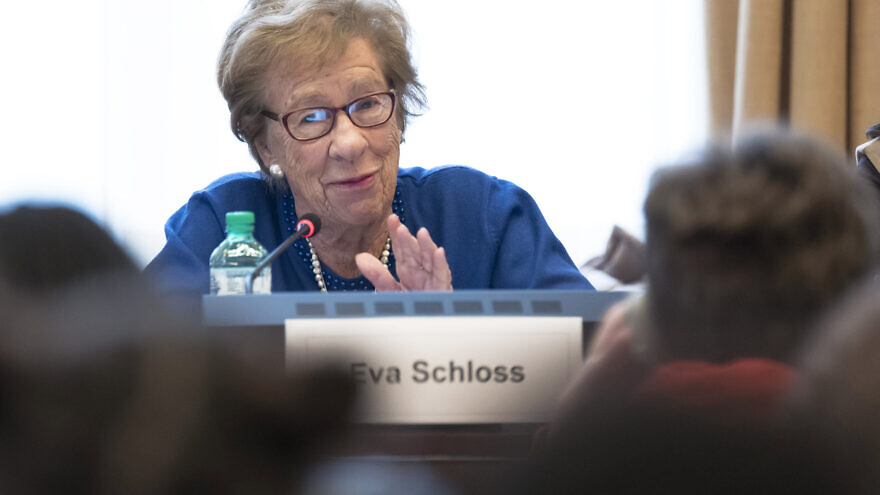 A Jewish woman who fled Austria as a child to escape Nazi persecution, and later became the stepsister of famed diarist Anne Frank, has reclaimed her Austrian citizenship at the age of 92.

Eva Schloss received papers that granted her Austrian citizenship on June 18 at a ceremony at the Austrian Embassy in London, where she has lived for the last 70 years, the BBC reported. The mother-of-three now has dual citizenship with the United Kingdom and Austria. Schloss, who co-founded the Anne Frank Trust UK, was also awarded the Austrian government’s Medal for Services to the Republic of Austria.

“The Austrians are sorry about what has happened. We can’t carry on the hatred and discrimination anymore. The Nazis are not with us,” she said at the ceremony. “The young people need to see we can be friends again.”

After the Nazis invaded Austria in 1938 and incorporated the country into Germany, Schloss, whose maiden name is Geiringer, and her family lost their nationality, were forced to become German and were given new passports that identified them as Jewish.

Both families went separately into hiding after the Nazis invaded the Netherlands in 1940, during which Frank wrote the diaries that later made her famous, but the Franks were caught in 1944 and the young diarist died at a Nazi camp in 1945. Her sister and mother were also killed.

Schloss’ family was caught hiding in Amsterdam in 1944 and sent to the Auschwitz-Birkenau concentration camp in Nazi-occupied Poland. She and her mother survived, but her brother and father were killed. In 1953, Schloss’ mother, Fritzi, married Otto Frank, Anne’s father.