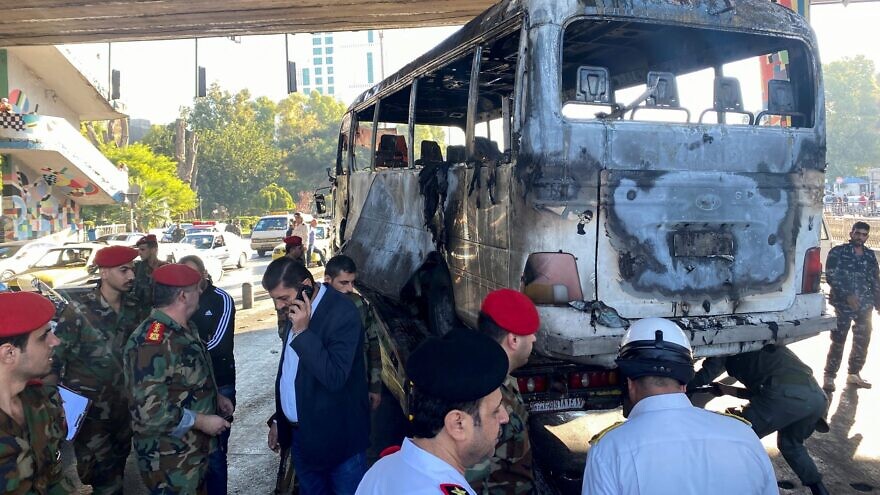 At least 14 people were killed and several others were wounded in central Damascus on Wednesday morning in an explosion on a Syrian military bus, Syrian state TV reported.

According to additional reports from Syrian and Lebanese outlets, the casualties were Iranian officers.

Syrian state TV showed footage of the charred bus, reporting that the blasts occurred while people were heading to work and school.

As of yet, according to the reports, no organization has claimed responsibility for the blast, which occurred at a main bus-transfer point under the Hafez al-Assad bridge, where vehicles converge and head out to different neighborhoods of the capital.

The explosion was the deadliest in Damascus in years. It was also a rare occurrence in recent years, since the capture by Syrian government forces of suburbs formerly held by Sunni Islamist insurgents in the country’s decade-long conflict.

“It is a cowardly act,” Damascus police commander Maj. Gen. Hussein Jumaa told state TV, adding that a police force had cordoned off the area immediately and made sure that there were no more bombs. He urged people to inform authorities about any suspicious object they see.

The civil war in Syria that began in March 2011 has left more than 350,000 people dead and displaced half the country’s population, including five million who are refugees abroad.