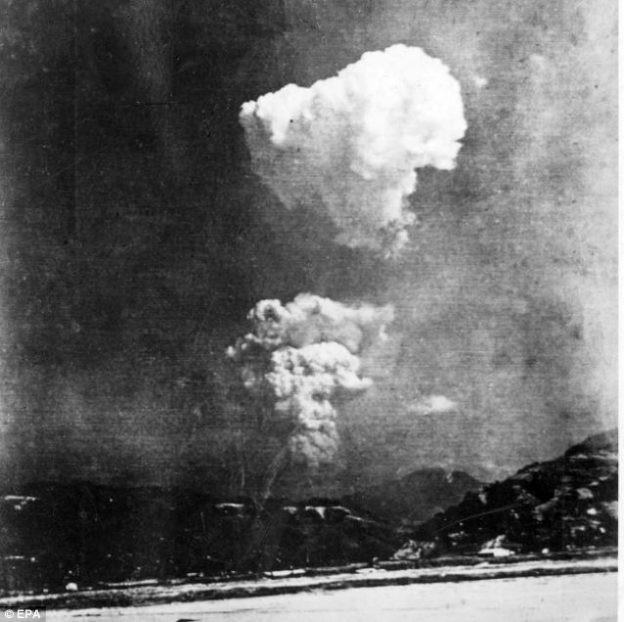 The first nuclear attack in history took place on this date in 1945 when the city of Hiroshima was largely destroyed by a single bomb dropped by an American B-29. Three days later, the city of Nagasaki was similarly destroyed, and Japan surrendered six days after that, ending World War II. The nuclear bomb was the product of an intensive development campaign in which Jews were prominently involved: Albert Einstein, Leo Szilard and Eugene Wigner, three Jewish refugees from Nazism, had co-signed an August 2, 1939 letter to President Roosevelt warning of the consequences if Germany developed an atomic bomb; J. Robert Oppenheimer, David Bohm, Rudolf Peierls, Otto Frisch Felix Bloch, Niels Bohr, Otto Hahn, and Edward Teller (as well as Wigner and Szilard) — many of whom were refugees from Nazism — were key leaders among the 6,000 scientists who worked on the Manhattan Project to develop the American bomb. After the war, a number of these scientists became leading advocates of disarmament and/or international control of nuclear weapons.

“When I asked General MacArthur about the decision to drop the bomb, I was surprised to learn he had not even been consulted. What, I asked, would his advice have been? He replied that he saw no military justification for the dropping of the bomb. The war might have ended weeks earlier, he said, if the United States had agreed, as it later did anyway, to the retention of the institution of the emperor.” –Norman Cousins, The Pathology of Power

For a catalogue of other surprising statements of opposition to the Hiroshima bombing, click here.