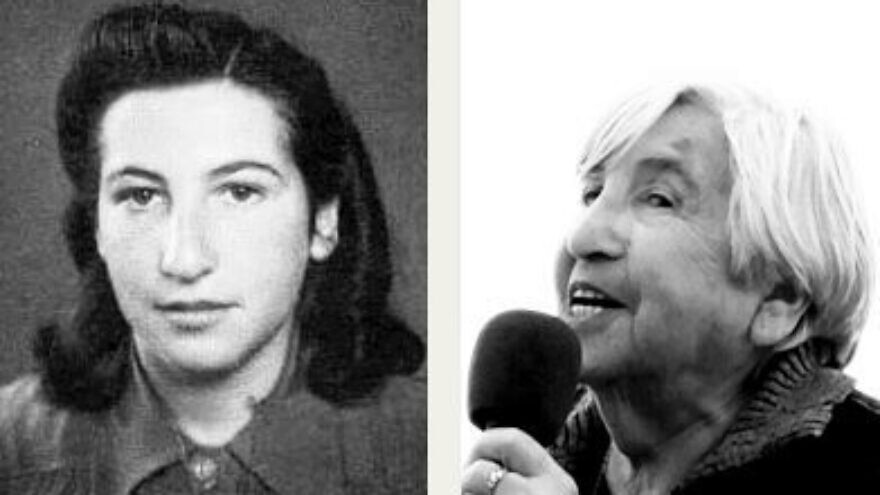 Holocaust survivor Esther Bejarano died on July 10 at the Jewish Hospital in Hamburg, Germany, at the age of 96, according to The Associated Press.

Born in 1924 in the French-occupied German town of Saarlouis, Bejarano was the daughter of Jewish cantor Rudolf Loewy. Her family moved to the city of Saarbruecken but after Nazi forces seized power in 1935, her parents and sister were deported and killed.

Bejarano performed forced labor before being sent to Auschwitz-Birkenau in 1943, where she volunteered to become a member of the girls’ orchestra. She played the accordion every time trains full of Jews arrived at the death camp.

“We played with tears in our eyes,” she told The Associated Press in 2010. “The new arrivals came in waving and applauding us, but we knew they would be taken directly to the gas chambers.” She also said that music helped keep her alive during her time at the notorious camp.

She played Yiddish tunes and Jewish resistance songs with her children in a Hamburg-based band called Coincidence and collaborated with the hip-hop group Microphone Mafia to bring anti-racism awareness to German youth.

“We all love music and share a common goal: We’re fighting against racism and discrimination,” she said of her musical collaborations.

Esther was the recipient of Germany’s Order of Merit. Following her death, German Foreign Minister Heiko Maas called her “an important voice in the fight against racism and anti-Semitism.”