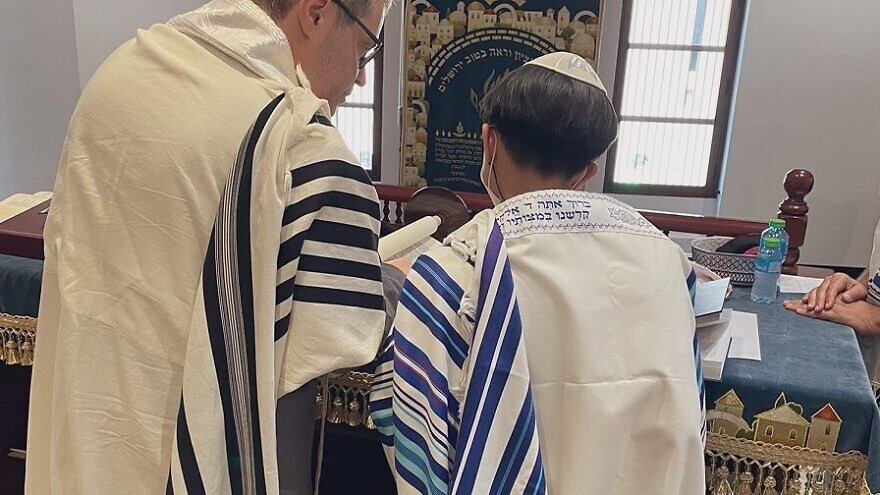 The first bar mitzvah in Bahrain in 16 years was held over the weekend at the House of Ten Commandments, the oldest and only operational synagogue in a Gulf Cooperation Council country.

The ceremony was facilitated by the Association of Gulf Jewish Communities, a people-to-people network of Jewish communities in GCC countries dedicated to developing Jewish life in the region.

The bar mitzvah was part of a weekend of festivities for the AGJC that started with a Shabbat dinner in Manama on Friday evening. The dinner was attended by many diplomats, Bahrainis, and residents of other GCC countries who flew in for the event. The weekend concluded with the group hosting the first authentic Sephardic “Selichot” prayer service in the GCC.

“This weekend’s bar mitzvah was a joyous occasion for our whole community, and we wish the young man and his family a mazal tov,” said AGJC president Ebrahim Dawood Nonoo.

“We are thrilled to share this weekend with the broader AGJC community and our Muslim friends who joined us for the festivities, including the bar mitzvah,” added Nonoo. “One of our guests shared that this was her first time in Bahrain, and she came for a Shabbat dinner and a bar mitzvah.”