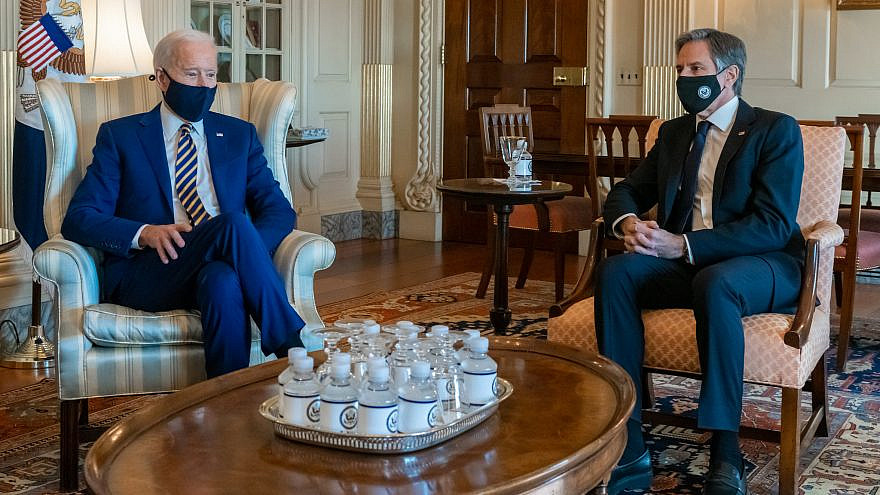 The Biden administration made its first major step towards reviving the Iran nuclear deal on Thursday, announcing that it has agreed to meet with Iran and other world powers involved in the 2015 agreement.

“The United States would accept an invitation from the European Union High Representative to attend a meeting of the P5+1 and Iran to discuss a diplomatic way forward on Iran’s nuclear program,” U.S. State Department spokesman Ned Price said in a statement.

The P5+1 refers to the six world powers part of the 2015 Iranian nuclear deal: the United States, the United Kingdom, France, Germany, Russia and China.

Biden has said he would be willing to lift new sanctions imposed by former President Donald Trump after he pulled out of the deal in May 2018 if Iran returned to compliance with the deal.

The surprise announcement comes ahead of a Feb. 21 deadline by Iran’s parliament that it would block International Atomic Energy Agency inspectors’ access to its nuclear sites.

On Thursday, U.S. Secretary of State Tony Blinken also spoke via videoconference with the foreign ministers of Britain, Germany and France on the issue.

According to a joint statement after the meeting, Blinken said “if Iran comes back into strict compliance with its commitments … the United States will do the same.”

It remains unclear if the Islamic regime will back down from its threats and respond to the overture. Iranian Foreign Minister Javad Zarif said on Twitter that Tehran was waiting for American and European officials to “demand an end to Trump’s legacy of #EconomicTerrorism against Iran.”