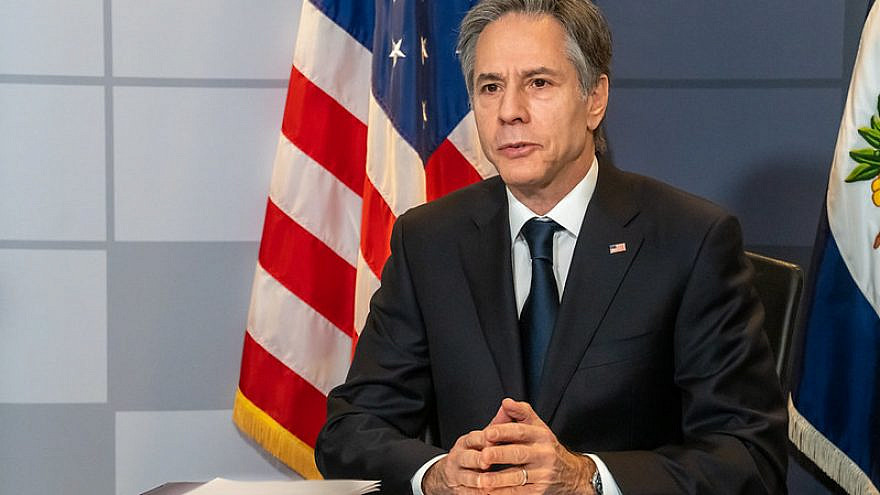 U.S. Secretary of State Antony Blinken spoke with his new Israeli counterpart Foreign Minister Yair Lapid on Thursday, discussing a range of issues from the U.S.-Israel relationship, Iran and a push for more normalization agreements with Arab countries.

“The secretary discussed the U.S. commitment to Israel’s security, the importance of the U.S.-Israel bilateral relationship and the need to improve Israeli-Palestinian relations in practical ways,” said a State Department readout.

It added that the two also “shared opinions on opportunities to deepen normalization efforts as well as on regional security issues, including Iran. Secretary Blinken and Minister Lapid underscored the strong partnership between the United States and Israel, and America’s unwavering support for Israel’s security.”

The call between the leaders was the second this week after the new Israeli government was sworn in on June 13.

Meanwhile, on Sunday, Israel Defense Forces’ Chief of Staff Aviv Kochavi will be the first Israeli official to visit Washington since the change in government.

The IDF said that Kochavi, who will meet with U.S. defense officials, will discuss “current shared security challenges, including matters dealing with the Iranian nuclear threat, Iran’s efforts to entrench itself militarily in the Middle East, Hezbollah’s rearmament efforts, the consequences of the threat of precision-guided missiles and joint force build-up.”

Israeli Prime Minister Naftali Bennett has indicated that he plans to oppose the Biden administration’s efforts to rejoin the Iran nuclear deal, though intends to voice any criticism in private.