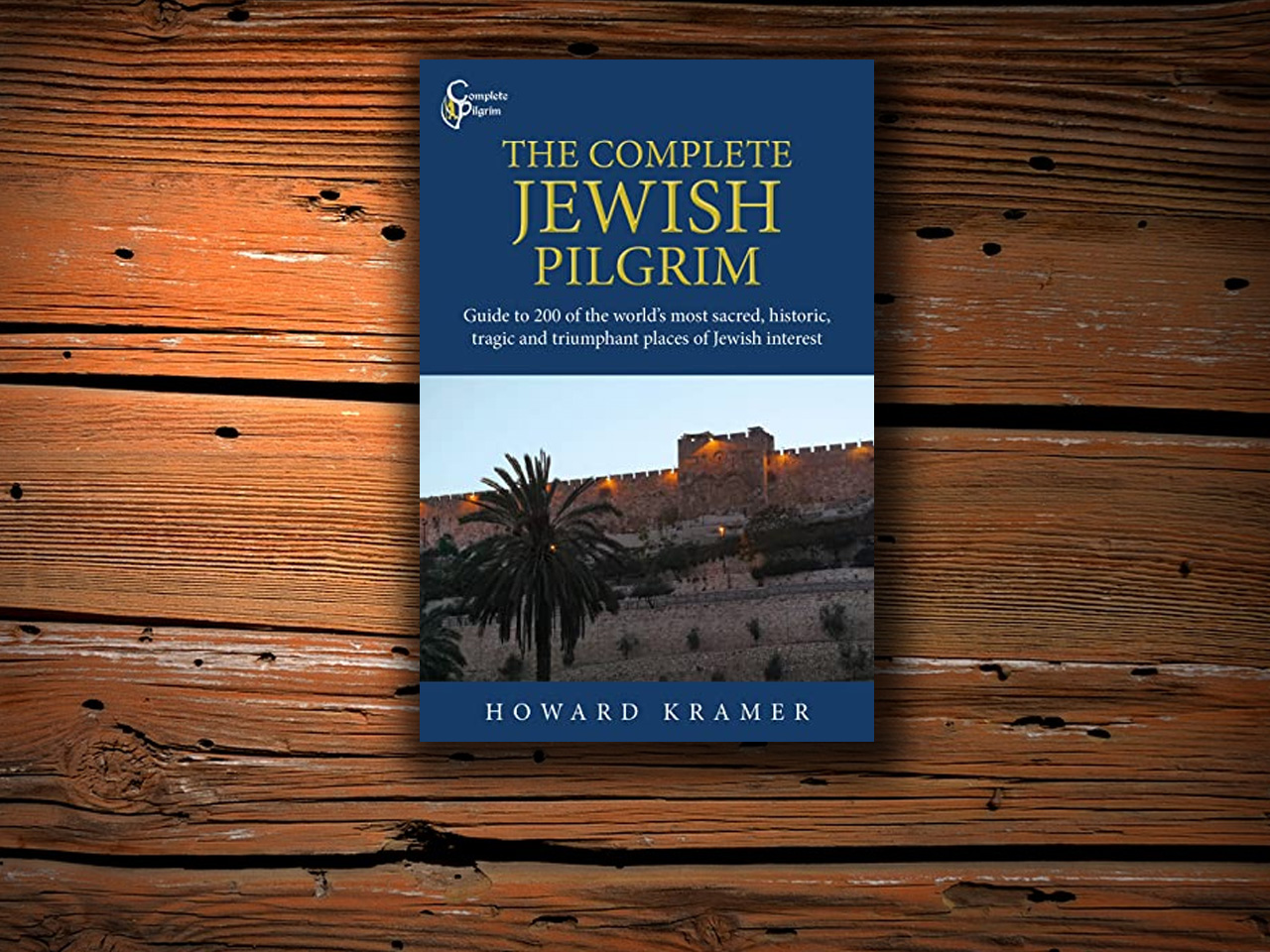 The Complete Jewish Pilgrim is Howard Kramer’s fourth book in the Complete Pilgrim series. Kramer, a peripatetic, created the series by touring nearly thirty countries, forty American cities, and taking hundreds of pictures of the “greatest” places of the world’s religions during the last three decades.

The 200 places are divided into ten geographic areas: Israel, Middle East, Africa, Southeast Europe, Eastern Europe, Central Europe, Western Europe, Far East, Americas, and the United States. Each area holds numerous sites, together with its city, country and site type—Museum, Holocaust Memorial, Government Building, and so on. The specifics also include the date opened or established; its designation, such as UNESCO World Heritage Site; and a web address, if applicable.

The Complete Jewish Pilgrim, likewise, gives a summary of the history and background of each place and its importance to Judaism, along with a paragraph called “Of Interest,” providing some details of what the setting looks like and its offerings to the public.

Many of the listings are important and acclaimed, such as the Western Wall, Mount Herzl, Cave of the Patriarchs, and the Jewish Museum of London. Yet, most are far less well known: The Ruins of Aksum in Aksum, Ethiopia; Mendelssohn Gravesites in Berlin, Germany; old Temple Beth Israel Synagogue in Heritage Park in San Diego, and Kaifeng Museum & Jewish Stelae, in Kaifeng, China, as examples.

Appendices include an overview of the distinctions between the various branches of Judaism, an extensive index of the named sites by category, and traditional locations of biblical figures by location and biblical book.

The Complete Jewish Pilgrim, a comprehensive and easy to read volume showing the vast dispersion and impact of Jews and Judaism throughout the world, is a noteworthy companion for intrepid explores, casual tourists, and arm-chair travelers alike.