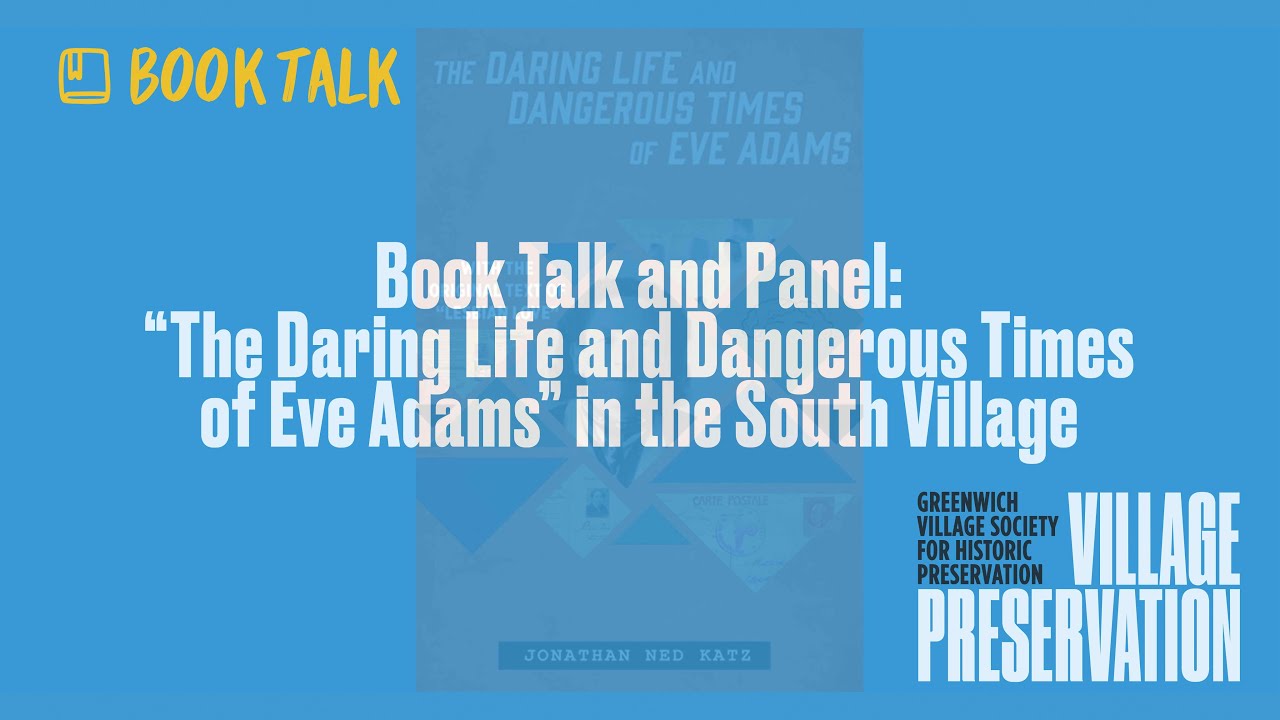 In New York Harbor, the Statue of Liberty raises her torch welcoming immigrants to the “Land of the Free and Home of the Brave.” But there’s a catch. Straying too far from “American values” can get you catapulted back. Such was the fate of activist Eve Adams in 1925.

Village Preservation is a foundation in New York City that works to “document, celebrate, and preserve the special architectural and cultural heritage of Greenwich Village, the East Village, and NoHo.” One of their cultural heritage sites is an inauspicious basement coffee house called “Eve’s Hangout.” They, in cooperation with the Museum of Jewish Heritage, co-hosted a book panel over Zoom with biographer Jonathan Ned Katz, author of The Daring Life and Dangerous Times of Eve Adams.

Eve Adams was a Jewish woman who migrated from Poland to America in 1912. She befriended Emma Goldman and other radical leftists speaking up for the rights of the underclasses living in squalid tenements and toiling in sweatshops. Her activism and associations attracted the scrutiny of J. Edgar Hoover and the Bureau of Investigation (later called the FBI). The agent that trailed Adams described her derisively as “unattractive,” “mannish,” and “Jewish in appearance.”

There were no gay bars proudly sporting rainbow flags in the 1920s. Staying just under the radar of wider society was often a matter of life and death. Eve Adams opened a little basement coffee shop in the Village called “Eve’s Hangout” where she sold coffee, hosted poetry readings, and bummed cigarettes from her patrons. But most importantly, Eve’s hangout was a safe space for same-sex couples to let their guard down and be themselves.

In 1925, Eve Adams published a book titled Lesbian Love portraying the true stories of women in relationships with each other with a few original drawings. The pictures and stories themselves aren’t that erotic even by the standards of the day. Her crime was pulling back the curtain on this secret, hidden world. Adams’ political activism made her a choice target. Her status as both a lesbian and a foreign, Jewish immigrant made her vulnerable. Katz documents evidence of a conspiracy between the Bureau, local police and Immigration to target Adams. She was brought up on charges of trafficking “indecent” literature and sentenced to deportation.

Adams and her partner were living in Paris when the Nazis invaded in 1940. She was rounded up, crammed into a cattle car, and shipped to Auschwitz, where she was murdered.

On the last page, the author draws parallels between Adams’ time and ours with the rise of nationalism and petty dictators. Across the divide, Katz imagines Eve Adams waving her arms and shouting to us, “Don’t mourn. Organize!”