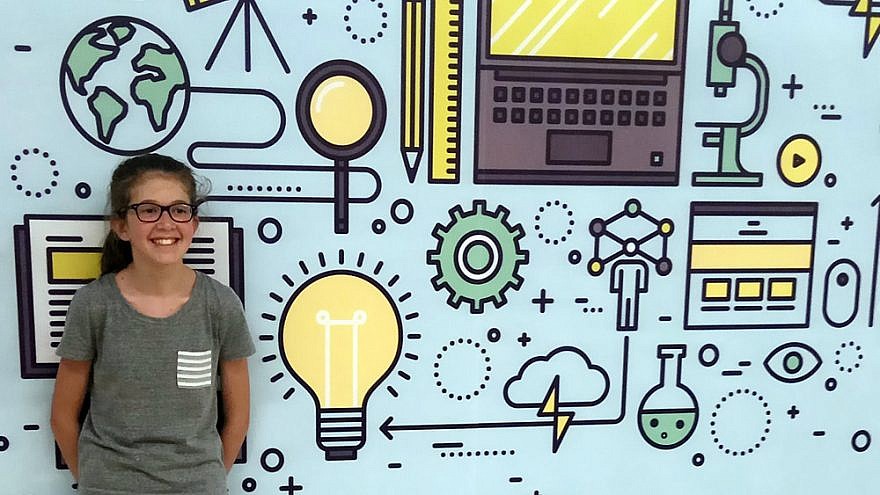 A Jewish day-school student has visited ORT projects in Israel after researching the organization’s work for her school tzedakah project.

Karen Glenn, a 12-year-old at Gideon Hausner Jewish Day School in Palo Alto, Calif., decided to research the work of ORT for the school project earlier this year. After contacting representatives for more information and inviting them to see her presentation, she was offered the chance to view the entity’s work while in Israel on a family vacation.

Karen and her family, including parents Orit and Jeffrey Glenn, traveled to the town of Kiryat Yam, near Haifa, to visit the Mada Park (Science Park) project, which features an oceanarium and planetarium.

A key feature of ORT’s work in Israel’s periphery is bridging the gap between aptitude and opportunity to ensure that Israelis from less privileged backgrounds have the same chances to succeed as those in the country’s more affluent center.

Following the visit, Karen said, “I was able to see firsthand some of the things ORT does, and it felt really good to know that I was able to help such an incredible organization.”

Rona Kwartez Roitman, development coordinator at Kadima Mada, World ORT’s Israeli arm, said “the Glenns showed so much interest and throughout the visit asked questions. I stressed to Karen how impressed we were with her and her research, and that we are delighted to see a young girl so interested in an organization with such a vast history.” 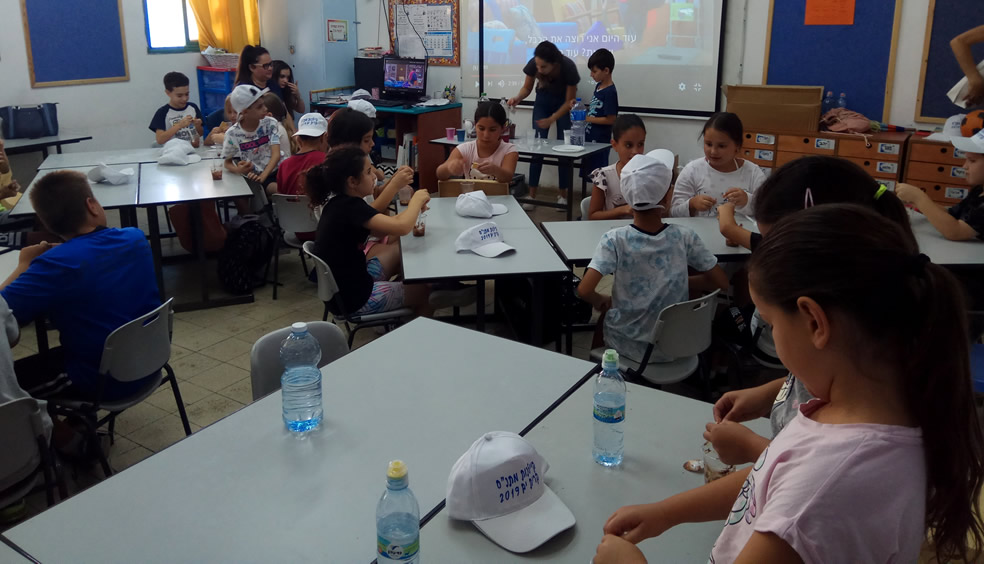 The trip was prompted by Karen’s school “Tzedakah Day” project. Kids give charity throughout the year, with older students assigned the task of learning about different charities and nonprofit organizations, making a presentation when it comes to the time to allocate their collected money.

Karen decided to interview Harry Nadler, World ORT’s North American representative. After posing a series of follow-up questions to him by email after their initial Skype conversation, she produced charts and graphs to accompany her presentation at the school award day in late May, shortly before she celebrated her bat mitzvah.

Her display boards (in ORT-branded colors) included information about its mission, budget and work around the world; she also wrote an essay.

“I chose ORT because it has had a tremendous impact on education, especially in Israel, and because of its many years of experience,” she said. “The most interesting thing was when I realized how many projects and programs it has, and how incredible each one is.”

Matan Levi, an ORT graduate who resides in Northern California, attended the awards day at Karen’s school and met to discuss the project. “I saw her presenting her work with a lot of confidence, knowledge and passion,” he said. “I was blown away by Karen’s knowledge, maturity and ability to articulate complex topics at such a young age. She truly sees the importance to the world of ORT’s cause.”

Levi, who works as a product manager at a large technology firm in the Bay Area, said his own ORT education led him to an intelligence unit in the Israeli army, which opened a door to his “entire tech career.”