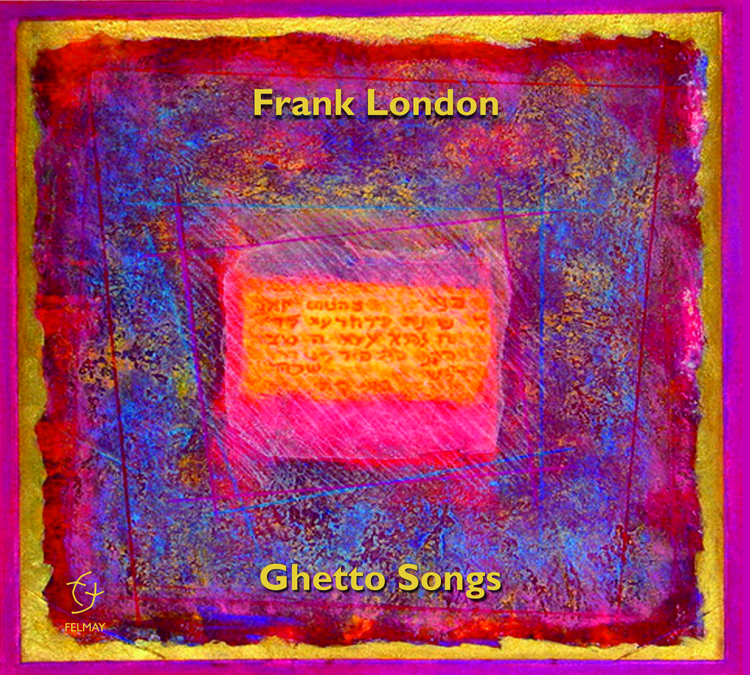 London is a versatile performer and a Grammy-award winning composer, with scores for movies, plays, operas and modern dance pieces to his credit. His playing is heard in over 500 recordings. I was pleased to receive his latest CD, Ghetto Songs: Venice and Beyond.

In 1916, commemorating the 500th anniversary of the Venice Ghetto, the world’s first, London was invited to serve as artist-in-residence at Beit Venezia, Venice’s home to Jewish culture. During that period, London composed and played the incidental music for the first historic performance within the ghetto walls of Shakespeare’s The Merchant of Venice. Three years later, he returned to Beit Venezia for a concert with music from ghettos throughout history. It is that concert that served as the model for this recording.

Ghetto Songs: Venice and Beyond, was recorded in December, 2020. For seven of the twelve selections on the recording, London combines music that originated in the Venice Ghetto with songs inspired by that ghetto. The opening work is his own original “Amore an (Love an),” from his score for The Merchant of Venice, featuring the voice of Karim Sulayman, a Lebanese-American tenor.

The second selection, “O dolcez’amarissime (O, most bitter-sweet),” is by Salomone de’Rossi, the best known Jewish composer from the Italian Renaissance. De’Rossi was a court musician in Mantua, but was also active in Venice. This work, originally written for three women, is beautifully rendered by Sulayman and Cantor Svetlana Kundish, with London playing trumpet for the third voice.

Also representing the Venice Ghetto is “Oseh Shalom (Make Peace),” with words from the Hebrew liturgy and music by London, inspired by traditional Italian synagogue melodies. It is intoned by Brooklyn-born Cantor Yaakov Lemmer.

“La Barcheta (The Gondolier’s Song),” sung by Sulayman, is part of a cycle of six songs titled Venezia by Reynoldo Hahn, the son of a German-Jewish immigrant to Venezuela. Hahn was a composer and conductor of the Paris Opera before his death in 1947.

“Ve’Atah El Shaddai (And You Are the God of Heaven),” is another selection with original music by London. The words are by Sara Copio Sullam, a 17th century Jewish poet, who hosted a literary academy in the Venice Ghetto. The trumpet introduction displays London’s lovely instrumental lyricism. Sulayman and Kundish sing the lyrics.

“Tahi Taha” uses text from the collection of ironical comments in the Judeo-Venetian language which developed in the ghetto and has been collected by the contemporary Jewish group, Momolo Mandolin. The music is by London. Vocals are by Sulayman and Kundish.

The concluding song on the CD is a setting of the Hannukah hymn, “Ma’oz Tzur (Rock of Ages),” set to music by the 17th century Italian composer and musicologist, Benedetto Marcello, who frequently came inside the Venice Ghetto to transcribe the melodies of the Jews. Sulayman and Kundish are the vocalists.

Interspersed among the seven songs with ties to the Venice Ghetto are songs from other walled areas with ethnic concentrations.

Two are from ghettos in Poland, where over three million Jews lived before World War II:

“Minutn fun bitokhn (Minutes of Hope),” is a Yiddish song written in the Krakow Ghetto by Mordechai Gebirtig, who was killed in 1942 by the Nazis; and

A selection from a Moroccan Mellah, a walled Jewish Quarter, “Nirdi Natan Reiho (from opening Sabbath morning prayer) ” uses traditional liturgical music and is sung by Sulayman and Kundish.

Two of the songs are from Black enclaves, “Accordion Jive,” from South Africa’s Capetown Township, a Black segregated area during Apartheid; and “The World Is A Ghetto,” sung by Brandon Ross, written by the band, WAR, which was formed in 1969 in Long Beach, California.

The South African work has jazz and Zulu elements, while the song by WAR combines multiple genres such as rock, funk and reggae.

This recording was a surprise. No Klezmer music.

Rather, it showed Frank London’s interest in Jewish music throughout history, with emphasis on the first ghetto, in the area of the iron foundry in Venice. It illustrates the great diversity of Jewish liturgical and secular music throughout the ages, and it displays Frank London’s creative talents as a composer and performer.  He has also assembled a group of outstanding vocalists and instrumentalists to collaborate in this project.

In addition, the recording includes songs from Black communities, which, with the invisible walls of redlining and segregation, are also called “ghettos,” and continue to plague our society with social injustices. Yet, wonderful music has emanated from behind all those walls.