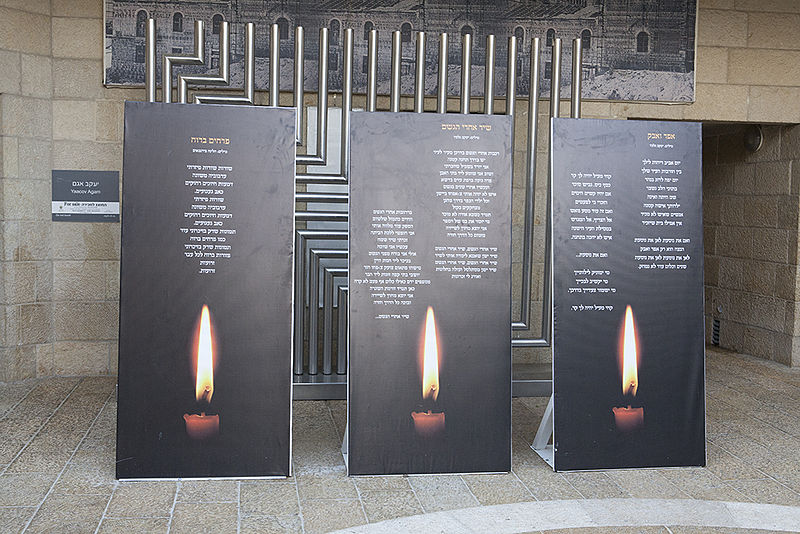 It can be a deeply humbling experience to hear personal accounts of the Holocaust. For those of us born in the relative safety and comfort of post-war America, Yom Hashoah is one day. Survivors would relive it for the rest of their lives. That generation is fading into history, but their stories are told and recorded by their children. In that spirit, the World Jewish Congress hosted a discussion via zoom with three children of survivors: Professor and poet, Menachem Rosensaft; Rabbi Arthur Schneier and New York Times Best-Selling author Yossi Klein-Halevi.

The center of the conversation was Rosensaft and his book of verse, Poems Born in Bergen Belsen: Reflections on the Eve of Yom Hashoah. Rosensaft was born in 1948 while his parents were still refugees in a Displaced Persons camp. Rosensaft was not his mother’s first child. His older brother was five years old when his parents arrived in Auschwitz in 1943. As he saw the smoke rising from the crematorium, the innocent child asked, “Mommy, are we going to live or die?” His mother, Dassah had no answer for him. As a small child, the boy was one of the first to be eliminated. Years later, as Dassah lay on her deathbed, her last memory was of her son.

Rosensaft is religiously observant, but his relationship with the Divine is … complicated. What he is supposed to believe does not quite mesh with what his parents experienced. He expresses this dichotomy in one of his poems.

No shepherd, only foes
No festive table, only bitter soup, moldy bread,
No green pastures, no still waters, only mud
He is always hungry
She is always cold
The head anointed by blow
Shadows walking through the Valley of Death
Adonai’s house forever

Additionally, there is a line in Birkat Hamazon, the Grace After Meals, which states, “I have never seen a righteous man go hungry or his children beg for bread.” Rosensaft’s father would always fall silent at these words.

Klein-Halevi mentioned that children of survivors were raised to be surrogates of their parents, duty bound to pass on their stories. When Rosensaft took his daughter to Birkenau, she remarked, “It’s exactly as Dassah described it.” By telling and retelling her stories, the memories had been transferred from one generation to another. Rabbi Schneier lamented that many stories went untold until the survivors lay on their death beds. By then, it was too late for those stories to really take root in the listeners’ minds.

I would like to have heard more poetry, but the discussion was interesting, venturing into the future of the Jewish people, the necessity of Israel, and combating other genocides. We proclaim “Never Again!” and yet genocides continue in places like Bosnia, South Sudan, Rwanda and Myanmar. While the world decries such atrocities, it neither prevents nor intervenes.

What is a post-survivor Jewish community going to look like? I believe it will look different, but not disappear. As a people, we have survived genocide, slavery, exile, inquisitions and pogroms. In the first century, when the Holy Temple in Jerusalem crumbled, many thought that Judaism itself was collapsing. And yet, here we are.

This discussion can be found on WJC’s Facebook page and Prof. Rosensaft’s book is available on Amazon.