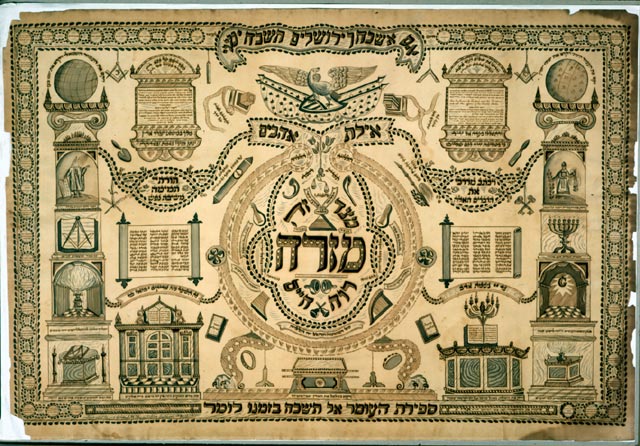 Counting of the Omer (Hebrew: ספירת העומר‎, Sefirat HaOmer, sometimes abbreviated as Sefira or the Omer) is an important verbal counting of each of the forty-nine days between the Jewish holidays of Passover and Shavuot as stated in the Hebrew Bible: Leviticus 23:15–16.

This mitzvah (“commandment”) derives from the Torah commandment to count forty-nine days beginning from the day on which the Omer, a sacrifice containing an omer-measure of barley, was offered in the Temple in Jerusalem, up until the day before an offering of wheat was brought to the Temple on Shavuot. The Counting of the Omerbegins on the second day of Passover (the 16th of Nisan) for Rabbinic Jews (Orthodox, Conservative, Reform), and after the weekly Shabbat during Passover for Karaite Jews, and ends the day before the holiday of Shavuot, the ‘fiftieth day.’

The idea of counting each day represents spiritual preparation and anticipation for the giving of the Torah which was given by God on Mount Sinai at the beginning of the month of Sivan, around the same time as the holiday of Shavuot. The Sefer HaChinuch (published anonymously in 13th-century Spain) states that the Hebrew people were only freed from Egypt at Passover in order to receive the Torah at Sinai, an event which is now celebrated on Shavuot, and to fulfill its laws. Thus the Counting of the Omerdemonstrates how much a Hebrew desires to accept the Torah in his own life.

The commandment for counting the Omer is recorded within the Torah in Leviticus 23:15–16:

15. And ye shall count unto you from the morrow after the day of rest, from the day that ye brought the omer of the waving; seven weeks shall there be complete;

16. even unto the morrow after the seventh week shall ye number fifty days; and ye shall present a new meal-offering unto the LORD.

However, the obligation in post-Temple destruction times is a matter of some dispute. While Rambam (Maimonides) suggests that the obligation is still biblical, most other commentaries assume that it is of a rabbinic origin in modern times.

The omer (“sheaf”) is an old Biblical measure of volume of grain. On the day following the shabbat during Passover in Biblical times, observed today as the second day of Passover (The Feast of Unleavened Bread) on Day 16 of Hebrew Month 1 in Rabbinic Judaism, which is also known as “First Fruits”, an omer of barley was offered in the Temple in Jerusalem, signalling the allowance of the consumption of chadash (grains from the new harvest). On the 50th day after the beginning of the count, corresponding to the holiday of Shavuot, two loaves made of wheat were offered in the Temple to signal the start of the wheat harvest.

The origins of the omer count (i.e. the Sefirat HaOmer), as enumerated in the Midrash Rabba Parashas Emor, explains that when the Children of Israel left ancient Egypt they were told by Moses that 49 days after the Exodus, they would be given the Torah. The populace was so excited at the prospect of a spiritual liberation, following the physical emancipation from Egypt, they kept a count of the passing days that ended with the giving of the Torah at the foot of Mount Sinai. The Torah itself, in Leviticus 23:15–16, and Deuteronomy 16:9, states that it is a commandment to count seven complete weeks from the day after Passover night ending with the festival of Shavuot on the fiftieth day. Shavuot is the festival marking the giving of the Torah to the Hebrew nation on the 6th of the Hebrew month of Sivan.

In keeping with the themes of spiritual growth and character development during this period, the Rabbinic literature compares the process of growth to the two types of grain offered at either pole of the counting period. In ancient times, barley was simpler food while wheat was a more luxurious food. At Passover, the children of Israel were raised out of the Egyptian exile although they had sunken almost to the point of no return. The Exodus was an unearned gift from God, like the food of simple creatures that are not expected to develop their spiritual potential. The receiving of the Torah created spiritual elevation and active cooperation. Thus the Shavuot offering is “people food”. 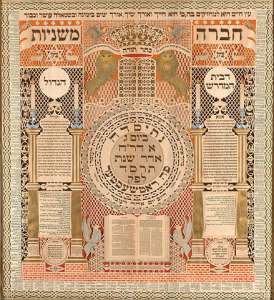 As soon as it is definitely night (approximately thirty minutes after sundown), the one who is counting the Omer recites this blessing:

(Translation: Blessed are You, Lord our God, King of the Universe, Who has sanctified us with His commandments and commanded us to count the Omer.)

Then he or she states the Omer-count in terms of both total days and weeks and days. For example, on the 23rd day the count would be stated thus: “Today is twenty-three days, which is three weeks and two days ‘of’ [or] ‘to’ (לעומר) [or] ‘in’ (בעומר) the Omer”. The count is said in Hebrew.

According to the Halakha, a person may only recite the blessing while it is still night. If he or she remembers the count the next morning or afternoon, the count may still be made, but without a blessing. If one forgets to count a day altogether, he or she may continue to count succeeding days, but without a blessing. The Omer may be counted in any language, however one must understand what one is saying.