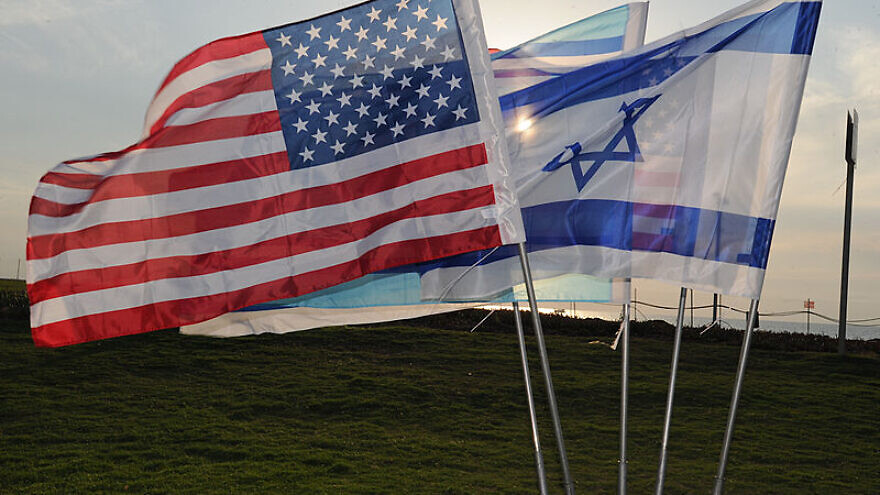 Christians United for Israel (CUFI) released the results of its latest survey this week on American attitudes on Israel, showing that support for Israel and issues important to the survival of the Jewish state still hold bipartisan support.

Robert Jones, a partner with the Idaho-based GS Strategy Group, which joined with CUFI to conduct the survey, spoke about the results during a Monday phone call with reporters.

“Our friend and democratic ally Israel deserves U.S. support in its battle against terrorist organizations, and clearly, the majority of the American people agree that it must retain the sovereign right to self-defense and enjoy the benefits and duties that it extends,” CUFI founder and chairman Pastor John Hagee was quoted as saying in the survey results. “Americans want the U.S. to support Israel’s sovereignty and existence as a democracy. Now that must translate into unequivocal support for degrading the terrorist threat.”

Sixty-one percent of Americans think the United States should suspend aid to the Palestinian Authority until it stops incentivizing terror attacks in Israel through what’s been called the “pay for slay” annuity program. Democrats favor suspending it by 27 percent, and more than half of all liberals Democrats approve the suspension; 54 percent of moderates and 73 percent of conservatives also approve suspending aid to Palestinians.

The survey also measured the intensity of concern that Americans feel about Iran obtaining a nuclear weapon, with concern matching the number of Americans also worried about a nuclear North Korea.

The survey indicated 65 percent of likely voters approved of the United States imposing new economic sanctions to combat Iran’s support and financing of terrorism, with Democrats supporting maintaining the United States’ post-2018 posture towards Iran by 31 percent, Independents by 43 percent and Republicans by 66 percent. Even among respondents who indicated low levels of concern over a nuclear threat from Iran, 50 percent approved of the posture.

“Sixty-five percent of Americans in a country that electorally on many issues is really divided 50-50, we have almost two-thirds of voters in agreement on something,” said Jones. “That’s when you start to see big, broad, bipartisan agreements.”

“The American people want action against Iran because it is one of the greatest threats to our national security. But just any action won’t do. Voters of all political ideologies firmly support maintaining existing U.S. sanctions against Iran and using sanctions to pressure Iran into ending its malign behavior,” said Hagee.

Strong majorities in both parties also said that they would favor having the Senate vote on re-entry to the 2015 Iran nuclear deal, officially known as the Joint Comprehensive Plan of Action, currently being negotiated by officials from the Biden administration, as it would a treaty.

Democrats favored this action by 69 percent, with 61 percent of Independents and Republicans also favoring sending the deal for approval in the Senate.

“It’s easy to try to characterize a policy position as being a right- or left-leaning policy position,” Ari Morgenstern, CUFI’s senior director of policy and communication said during the phone call. “But the questions we asked pertained directly to highly relevant policy positions, and you see that these are not divided up the way that is nice, neat categories on the right and left.”

Morgenstern said the results of the survey affirm CUFI’s key policy positions, such as supporting the Taylor Force Act that restricts aid to the Palestinian Authority if the pay-for-slay program continues.

Greg Strimple, president of GS Strategy Group, noted that the survey was taken prior to the recent conflict between Israel and Hamas in the Gaza Strip, and that the number may provide insight into America’s response to the conflict.

“I think what you’re going to see in these numbers is why there was such a tepid response from the Biden administration—that they did not take the safe and the more progressive side inside the Democratic Party to take a stronger tack on Israel,” said Strimple. “When you look at this and put it in the context of what’s happening, Americans overwhelmingly view Israel as our most important ally in the Middle East, and as such, they overwhelmingly support Israel in terms of contrast with the Palestinians.”