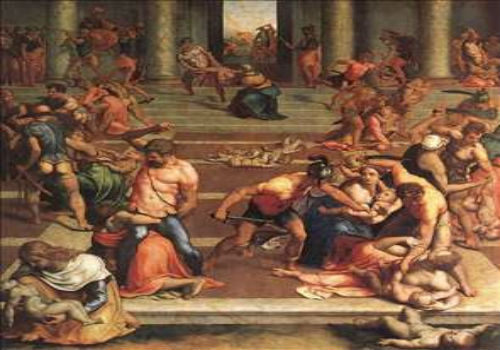 A Muslim mob stormed the royal palace in Granada, Spain on this date in 1066, crucified Joseph ibn Naghrela, the Jewish vizier to the Berber king, and massacred more than a thousand Jewish families. According to the 1906 Jewish Encyclopedia, “Arabic chroniclers relate that [the vizier] believed neither in the faith of his fathers nor in any other faith,” and that he “controlled” the King and “surrounded him with spies.” The most bitter of his enemies was Abu Ishaq of Elvira, who wrote a maliciously anti-Semitic poem that helped spark the pogrom. Joseph’s father Samuel was a Talmudic scholar, grammarian, philologist, poet, warrior, and statesman who died ten years before the massacre. Among the Jews who fled the Iberian Peninsula after the massacre were the famed Bible commentators Abraham Ibn Ezra and Rabbi Yosef Karo (author of the Shulchan Aruch).

“Do not consider it a breach of faith to kill them, the breach of faith would be to let them carry on. They have violated our covenant with them, so how can you be held guilty against the violators? How can they have any pact when we are obscure and they are prominent?” — Abu Ishaq, poem, 1066

Honoring my Catholic roots in Israel