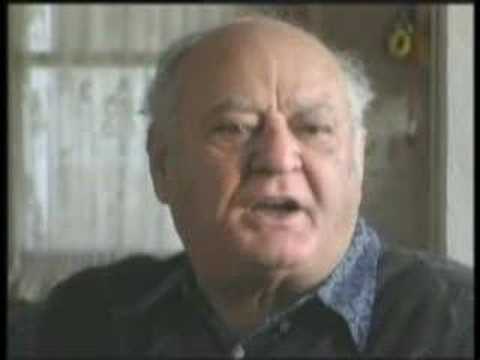 The 2020 documentary About Face: Jewish Refugees in the Armed Forces,  streaming on Amazon, documents the thought-provoking WWII story of young Jewish men and women who escaped certain death at the hands of the Nazis. They returned to fight against the Nazis in Europe and North Africa. The story is voiced through the first-hand accounts and memories of these brave men and women and their journey from Nazi victims, to lonely refugees and ultimately, to elite Allied soldiers.

The film was created and directed by Steve Karras. In 2009, Karras completed a ten-year initiative to conduct over 2,000 hours of video and audio oral histories amassing a considerable archive of unpublished personal memoirs, photographs, newspaper articles, family memorabilia, and individual war records. Michael Berenbaum who co-produced the film is a Professor of Jewish Studies and Director of the Sigi Ziering Institute: Exploring the Ethical and Religious Implications of the Holocaust at the American Jewish University. He interviewed many of the refugees and survivors for the film.

“About Face” begins by describing how arduous and difficult life was for the average Jew under the Nazi regime. The film puts you right in the eyewitness’s chair enabling you to visualize and understand what Jewish life was like before the Holocaust. However, the film discusses how quickly life changed for the Jews in Germany from 1933 through the end of the war. The film makes the clear point that the number of Jewish dead prior to and through the war, though massive, should be remembered as more than a number. Those who were murdered or left behind were all individuals with emotions, feelings, and a keen sense of attachment to their families and to their Jewish culture. The film makes the critical point and demonstrates clearly how state-sponsored terrorism and propaganda can be used to divide and split a country apart.

As proof of what occurred to these Jewish refugees, “About Face” leverages principal first-hand source documents including interviews with service members, recorded speeches from Holocaust survivors, as well as discussions with Berenbaum, making the film a solid educational resource.

One narrative depiction that stands out from the interviews involved a Jewish family accosted by Nazis at a park. “The Nazis demanded to know if the family was Jewish, as was required, and immediately the family was harassed and physically abused. They were then marched by the Nazis to the Danube River and told to face the river. They were brutally instructed that anyone who turned around would be shot on site. The Nazis then secretly left.”

This scary and diabolical mock execution and its lesson echoed through the Jewish community, understandably, did the job of convincing many Jews caught up in the chaos of Nazism to leave Germany. But leaving Germany was not simple, easy or cheap.

The documentary mentions the often overlooked, but historically noteworthy Evian Conference. The Evian Conference was a gathering of the future allied powers to determine which countries would agree to take in more Jewish refugees. Between 1933 and 1941, the Nazis aimed to make Germany judenrein (cleansed of Jews) by making life so difficult for them that they would be forced to leave the country. By 1938, about 150,000 German Jews, one in four, had already fled the country. However, after Germany annexed Austria in March 1938, Poland, Hungary, Czechoslovakia, and other European countries fell to the Nazis, bringing millions of Jews under Nazi rule. Most of these Jews were unable to find countries willing to take them in.

Many German and Austrian Jews tried to go to the United States but could not obtain the visas needed to enter. Even though news of the violent massacres of November 1938 was widely reported, Americans were reluctant to welcome Jewish refugees. With the Great Depression, so fresh in so many people’s minds and lives, many Americans believed that refugees would compete with them for jobs and overburden social programs that were set up to assist the American population.

Additionally, Congress had set up immigration quotas in 1924 that limited the number of immigrants and discriminated against groups considered racially and ethnically undesirable. These quotas remained in place even after President Franklin D. Roosevelt, responding to mounting political pressure, called for an international conference to address the refugee problem. The “refugee problem” was code for the Jewish immigration problem.  He chose not to send a high-level official, such as the secretary of state, to the Evian Conference; instead, Myron C. Taylor, a businessman and close friend of Roosevelt’s, represented the US.. During the nine-day meeting, delegate after delegate rose to express sympathy for the refugees. But most countries, including the United States and Britain, offered excuses for not letting in more “Jewish refugees”.

“About Face” explains how even those who were lucky enough to become immigrants were labeled in their new countries as enemy aliens and possible spies. The United States and England interned many immigrants, including Jews who fled violent persecution.

Once the Allies declared war on Germany, immigrants, many of them Jewish, were allowed to enlist. They looked forward to combat to  avenge the killing of their parents and family, as well as becoming  fast-tracked towards citizenship and proving to their new home countries they would be dedicated to them.

One interviewee made the poignant remark that he joined the fight because he knew someone would take his place if he didn’t sign up, and that person could be married or otherwise important and could be killed, and so shouldn’t go.

Now as enlisted soldiers who knew the language and psychology of the enemy better than any of their comrades, they struck back at Germany with new-found pride against the rampant injustice that had annihilated their families, destroyed their prospects, and subjected many of them to the worst forms of physical abuse, both random and premeditated.

But in “About Face” the question is asked why didn’t the European Jews collectively fight back?

Historian Berenbaum states, “in view of the circumstances—”even now, who would conclude that the question is not why all the Jews did NOT fight, but how do many of them DID.

Tormented, beaten, starved, where did the ones who chose to fight back find the strength–spiritual and physical–to resist?”

The fact is mentioned that over 10,000 German Jews—34 percent of the refugee population between the ages of eighteen and forty—fought in the allied armies of World War II.

This film honors those European-born Jewish refugee children who overcame so many obstacles and their willingness to fight back. As a result, they became Allied combat veterans of World War II in a fight against the country of their birth.

Joining the Allied military did not free Jewish service members from antisemitism. Jews were often restricted to certain jobs and were criticized when they tried to place themselves away from the so-called “Jewish Army.” Interestingly, as discussed in the film, a captain who made a disparaging remark to a Jewish immigrant service member apologized for it that same day, a rare occurrence. One commanding officer, unaware of the misery of being a Jew in Germany, pulled aside one of the service members to ask for an honest answer to a “tough” question- “would they be willing to fight against the country of their birth? The question was answered, to the CO’s surprise, with laughter.”

“About Face” also recounts the heroic amphibious invasion of Normandy on June 6, 1944, in which Jewish immigrants fought alongside non-Jews, with many dying on the Omaha beaches on their way to liberate their homelands. Jewish immigrant service members made good use of their knowledge of the local languages, often providing invaluable information as translators, interrogators, and spies.

Lastly, the film explores the liberation of the concentration camps. Holocaust survivor Gerda Weissman Klein recounts the beautiful moment that unfolded between her and her liberator. “Instinctively, she informed her rescuer that she was Jewish, expecting some form of hostility in return. To her surprise, he paused to collect his thoughts, then said “I am too.”

“About Face” does not shy away from death, it shows the corpses in concentration camps and an example of an execution of a group of Jews. That is something for Jewish Holocaust educators to keep in mind when showing this film to their students. Because of the content and scenes of violence in the concentration camps, this movie is for audiences 13 and above.
*
Jeffery Giesener, former CEO of SourceMob, has both public and private company experience. Today, retired and enjoying life in San Diego, he’s a freelance writer who has a passion for both cinema and baking his Mom’s (Of Blessed Memory) European recipes.