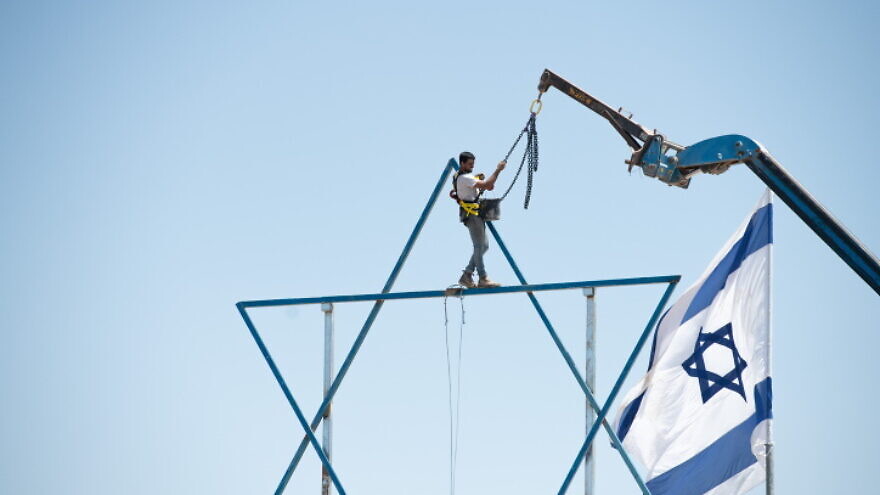 The last of the Jewish residents of Evyatar left the hilltop settlement on Friday afternoon in accordance with an agreement reached with the government following days of negotiations.

Fifty-three families had moved into Evyatar, established in May in response to the killing of Yehuda Guetta, 19, who was shot in a drive-by shooting at a bus stop by a Palestinian terrorist not far from the settlement on May 2. What began as a tent encampment led quickly to more permanent structures.

In accordance with the agreement, signed by the residents on June 30, the settlement buildings will not be destroyed, and the Israel Defense Forces will immediately take up a position in Evyatar, maintaining a continuous presence there while a land survey is conducted.

If it’s determined that the land belongs to the state, and isn’t privately owned, the agreement calls for the establishment of a yeshiva along with living quarters for students and families of the yeshiva team. Preparations for a permanent settlement would also begin.

Yossi Dagan, head of the Samaria Regional Council, said in a June 30 Facebook post, “This agreement obliges us, on the one hand, to take a difficult step and the families to leave ‘temporarily,’ but the houses will remain … and in a few months, after the survey … a glorious yeshiva will be put here with 30 young men and three families as staff, and in accordance with the law.”

In order not to give Arabs living in neighboring villages a sense of victory, Evyatar’s residents took care to leave the settlement one by one and not in a convoy on Friday, Ynet reported. They also erected signs, like “Welcome to Evyatar” along with a giant Star of David made of iron pipes.

The Star of David “will stand 10 meters high and will be seen in all the surrounding villages, even as far as the Ramallah area,” Zvi Sukkot, an Evyatar resident, told Ynet.