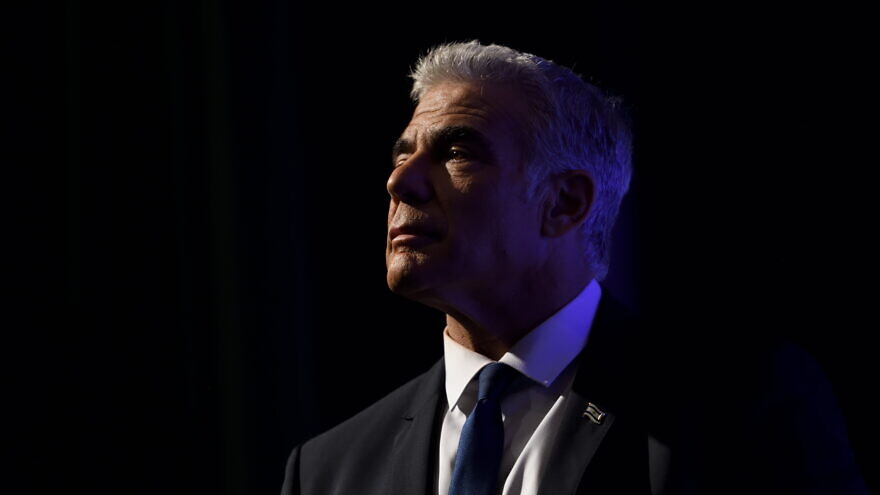 No major news is expected to come from a visit by Israeli Foreign Minister Yair Lapid to the United States this week for a series of meetings with officials from the Biden administration.

Lapid will be in Washington from Tuesday through Thursday, where he is expected to hold meetings with U.S. Vice President Kamala Harris, Secretary of State Antony Blinken and National Security Advisor Jake Sullivan.

According to a report by Axios, Lapid and Blinken will also hold a trilateral meeting with the foreign minister of the United Arab Emirates, Sheikh Abdullah Bin Zayed Al Nahyan, to talk about boosting the relationship between the countries that are part of the Abraham Accords.

Areas where the United States and Israel don’t see eye-to-eye have long been known, especially regarding Israel’s opposition to the United States re-entering the 2015 Iran nuclear deal—the Joint Comprehensive Plan of Action (JCPOA)—as it becomes more likely that a seventh round of talks in Vienna will commence later this month. 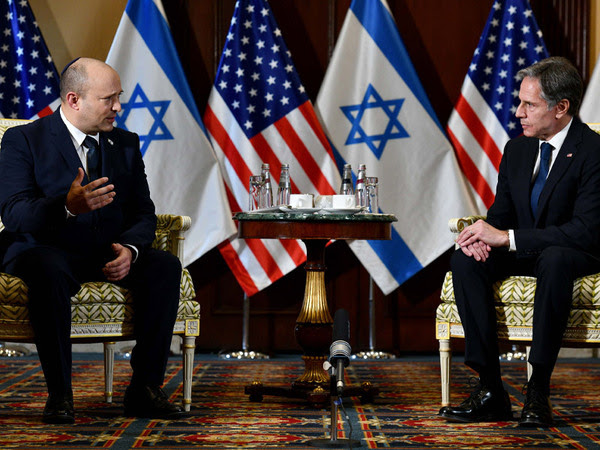 ‘Invested in relationships on the Hill’

Jonathan Schanzer, senior vice president for research at the Foundation for Defense of Democracies, said it’s likely that objectives in the meeting would be narrowing certain gaps between American and Israeli policies.

With that in mind, Lapid, who as part of the agreement that formed the current Israeli government is slated to take over as Israel’s prime minister in late 2023 if the coalition remains intact, knows that in his current diplomatic position it’s crucial to build relationships in the American government.

Representing the left of the Israeli government as compared to Bennett, he can also be someone who American Democrats in the executive and legislative branches are more likely to trust, especially with his long-held support of a negotiated two-state solution to the Israeli-Palestinian conflict, which is also the official position of the U.S. government.

Schanzer pointed to Lapid’s visits to the United States as a member of the Knesset when he fostered relationships with American Democratic legislators.

It is unknown if Lapid will meet with anyone on Capitol Hill during his visit, though Schanzer anticipates that could be something to watch for.

His visit comes at a time when legislation to send an additional $1.5 billion aid to Israel to help it replenish its Iron Dome interceptor stockpiles is on hold in the Senate. The legislation also met more resistance than usual in the U.S. House of Representatives from left-wing members of the Democratic Party, despite passing the measure overwhelmingly.

“I do know from my conversations with the foreign minister and with his staff that he has in past visits emphasized the importance of bipartisan outreach, and that he’s invested significant time in doing so,” said Schanzer. “He’s invested in these relationships on the Hill and that, to me, will be the most interesting aspect of this. Does he try to win hearts and minds on the Hill after what just happened? Does he try to engage with Israel’s fiercest opponents? I don’t know whether that’s productive, but I do know that if there’s anyone who could, it’s probably him.”

Besides Iran, Schanzer expects other less prominent topics to be covered that could demonstrate a united front between the two countries, including climate change, even if it’s not Israel’s top priority. Another would be Israel’s relationship with China, where the Israeli position has over the years moved closer to that of America’s.

Schanzer also noted efforts by the United States and Israel to bolster the Palestinian Authority and its leader, Mahmoud Abbas.

All the conversations will be underpinned by one important consideration.

“This White House wants to keep the Bennett government in place for as long as possible. And they are looking for ways to find common ground so that that can happen,” stated Schanzer. “And then the goal for both sides is to prevent the re-rise of [former Prime Minister Benjamin] Netanyahu. So they’re going to continue to have conversations that will be designed to be productive in nature with that in mind.” 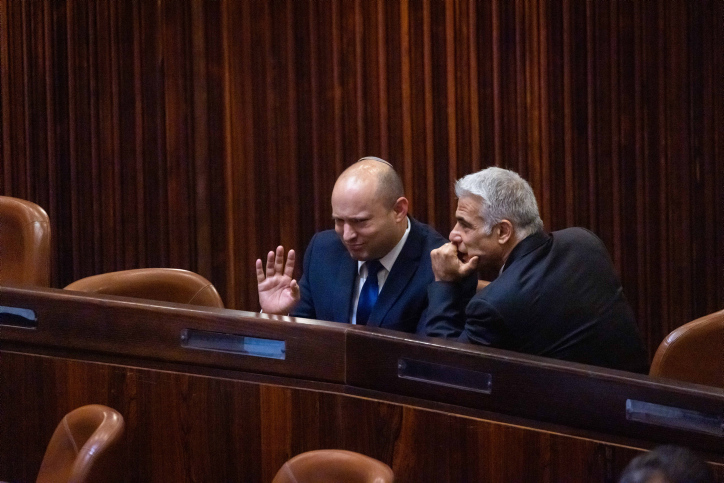 ‘An exercise in managing the gaps that exist’

Aaron David Miller, a senior fellow at the Carnegie Endowment for International Peace, said the Israeli government’s existence hinges on a shared effort to keep Netanyahu from returning to power.

Miller said that Lapid’s visit would likely be to maintain and establish his own personal relationships with officials in the United States while demonstrating that the Israeli government is united in its objectives despite its diversity.

“I can’t imagine any new ground is going to be broken that wasn’t covered with Hulata this week,” said Miller.

He agreed with Schanzer on the topics likely to come up in discussion and what will result from them.

“Nobody is interested in fighting, and the two basic problems that need resolving cannot be resolved; they need to be managed,” said Miller. “So the U.S.-Israeli relationship on the substantive foreign-policy side is an exercise in managing the gaps that exist between Israel’s position on the Palestinian issue and the Biden administration’s, and ditto on the issue about what to do about Iran.”

When it comes to Tehran, Miller said the Israeli offer of a “Plan B” to the Biden administration is a fantasy.

Miller said the plan to broaden the scope of the JCPOA negotiations—to be able to give more and demand more of Iran, and to bring multilateral pressure on Iran to comply—is unlikely to be an option since countries like China and Russia will not cooperate.

There is also a lack of credibility in a potential military option.

“The last thing Biden wants is a major war with Iran, and I don’t think Israel’s options are very good, frankly,” said Miller. “I can’t imagine that there would be any positive consequence to an Israeli military strike against Iran. I can imagine the day after, depending on how much damage the Israelis do to Iran’s conventional air defenses, let alone if they attack nuclear sites. I know what the Iranian reaction is going to be. It will legitimize their pursuit of a nuclear weapon.”

Even if another round of talks is held in Vienna this month, Miller believes that the Islamic Republic will come to the table with conditions that the United States will be unwilling to accept.