Berlin Wall, German Berliner Mauer, barrier that surrounded West Berlin and prevented access to it from East Berlin and adjacent areas of East Germany during the period from 1961 to 1989. In the years between 1949 and 1961, about 2.5 million East Germans had fled from East to West Germany, including steadily rising numbers of skilled workers, professionals, and intellectuals.

Their loss threatened to destroy the economic viability of the East German state. In response, East Germany built a barrier to close off East Germans’ access to West Berlin and hence West Germany. That barrier, the Berlin Wall, was first erected on the night of August 12–13, 1961, as the result of a decree passed on August 12 by the East German Volkskammer (“Peoples’ Chamber”).

The original wall, built of barbed wire and cinder blocks, was subsequently replaced by a series of concrete walls (up to 15 feet [5 metres] high) that were topped with barbed wire and guarded with watchtowers, gun emplacements, and mines. By the 1980s that system of walls, electrified fences, and fortifications extended 28 miles (45 km) through Berlin, dividing the two parts of the city, and extended a further 75 miles (120 km) around West Berlin, separating it from the rest of East Germany. The Berlin Wall came to symbolize the Cold War’s division of East from West Germany and of eastern from western Europe. About 5,000 East Germans managed to cross the Berlin Wall (by various means) and reach West Berlin safely, while another 5,000 were captured by East German authorities in the attempt and 191 more were killed during the actual crossing of the wall. 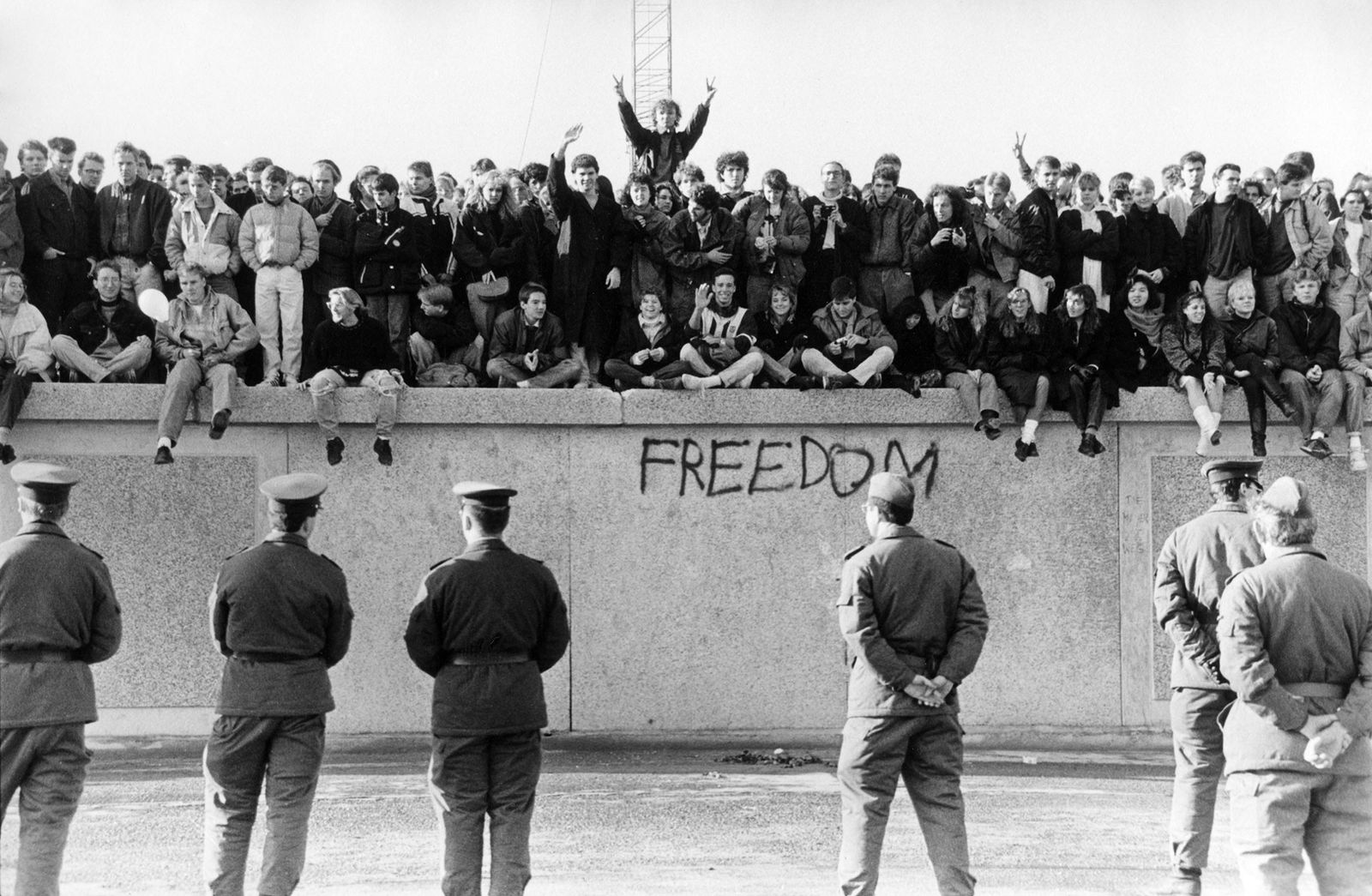 East Germany’s hard-line communist leadership was forced from power in October 1989 during the wave of democratization that swept through eastern Europe. On November 9 the East German government opened the country’s borders with West Germany (including West Berlin), and openings were made in the Berlin Wall through which East Germans could travel freely to the West. The wall henceforth ceased to function as a political barrier between East and West Germany. Why was the Berlin Wall built?

The Berlin Wall was built by the German Democratic Republic during the Cold War to prevent its population from escaping Soviet-controlled East Berlin to West Berlin, which was controlled by the major Western Allies. It divided the city of Berlin into two physically and ideologically contrasting zones.

When did the Berlin Wall fall?

The border between East and West Germany was opened on November 9, 1989, following anti-government protests in East Germany and the democratization of other eastern and central European states. Sections of the Berlin Wall were subsequently torn down by East German border guard crews and residents of a reunified Berlin.

What was the “death strip”?

The “death strip” was the belt of sand- or gravel-covered land between the two main barriers of the Berlin Wall. It was constantly under surveillance by guards in watchtowers, who could shoot anyone they saw trying to escape. Fleeing citizens who initially avoided being detected or shot could be tracked down by following their footprints in the death strip.

Does the Berlin Wall still exist?

How tall was the Berlin Wall?

The Berlin Wall was actually a system of barriers that included two walls. In the system’s final form, the outer wall, called the Vorderlandmauer, was 11.5–13 feet (3.5–4 metres) tall, and the inner wall, the Hinterlandmauer, was 6.5–10 feet (2–3 metres) tall.