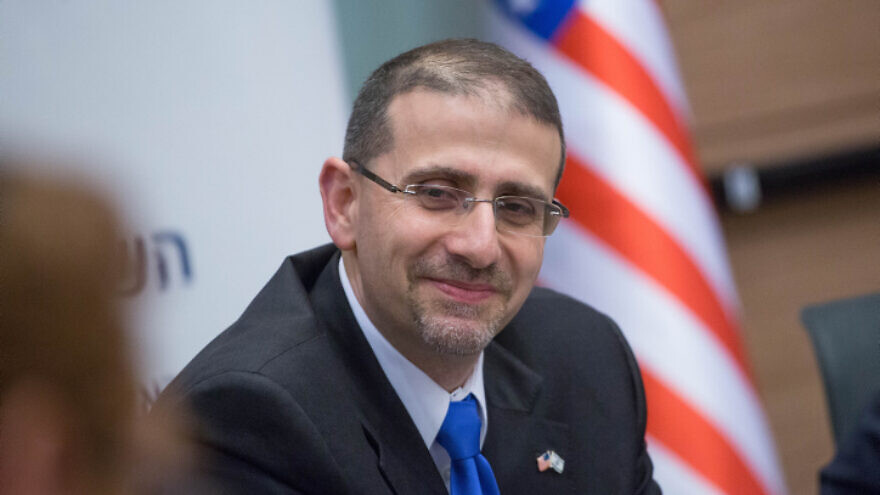 Former U.S. ambassador to Israel Dan Shapiro has been hired by the U.S. State Department to assist with the indirect negotiations between the United States and Iran in the Biden administration’s attempt to reenter the 2015 Iran nuclear deal.

“We are pleased to welcome former U.S. ambassador to Israel Daniel Shapiro back to the State Department,” a State Department official said on Monday. “Dan has joined special envoy [Robert] Malley’s team as a special government employee and part-time senior advisor.”

The official said in the email that the Iran team would benefit from Shapiro’s experience as a high-level diplomat and is the first hire of what the department hopes to become a small group of part-time advisors to add “diversity and perspective on the special envoy’s team.”

According to Axios, which first reported the story, Shapiro will split his time working from the U.S. Embassy in Jerusalem and the U.S. State Department and will be an asset to the team due to his close relationship to Israeli officials, including Prime Minister Naftali Bennett.

While he supported entering the 2015 Iran nuclear deal—the Joint Comprehensive Plan of Action (JCPOA)—he’s seen as a moderate on the topic compared to other figures in the Biden administration, such as Malley, who has drawn criticism over his friendly stances towards Iran.

Since the beginning of the Biden administration, officials have conducted indirect talks to rejoin the Obama era agreement which the United States left under President Donald Trump, but so far, nothing significant has been agreed to.