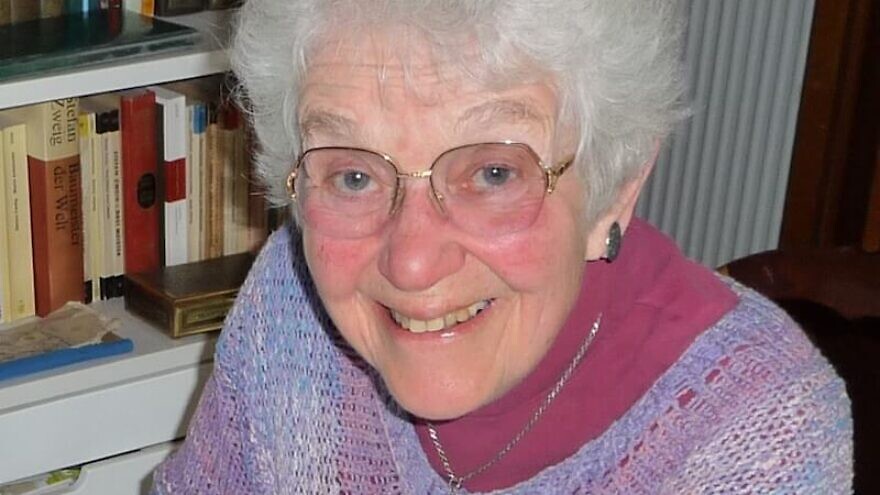 A friend of Anne Frank’s from Amsterdam released a new memoir about the little known German official and lawyer Hans Calmeyer, who saved her family and others from the Holocaust.

In Shedding Our Stars: A Story of Hans Calmeyer and How He Saved Thousands of Families Like Mine, Laureen Nussbaum, 92, explains that Calmeyer was assigned, starting in March 1941, to adjudicate cases in which a person’s Jewish status was questioned.

He successfully convinced his superiors to allow individuals to challenge their Jewish status if their grandparents could not be proven Jewish. During his tenure, he oversaw 5,600 such petitions, according to JTA.

“In two-thirds of the cases, he decided in favor of the petitioner, knowing that he was being cheated,” Nussbaum told JTA, meaning Calmeyer was making it easier for people to classify as not Jewish. “He allowed himself to be cheated.”

While the Franks went into hiding to avoid being deported to a concentration camp, the Kleins continued to live freely because Calmeyer legally declared Nussbaum’s mother “not Jewish.”

“It wasn’t true; my mother was half-Jewish,” said Nussbaum. “But once he had settled it, we were foolproof.”

She and her husband, Rudi, eventually moved to the United States after he completed his doctorate in nuclear physics in 1954. They ended up in Portland, Ore., in 1959.