Home Recommended Movies From Booze Smuggler to ‘Righteous Among Nations’ 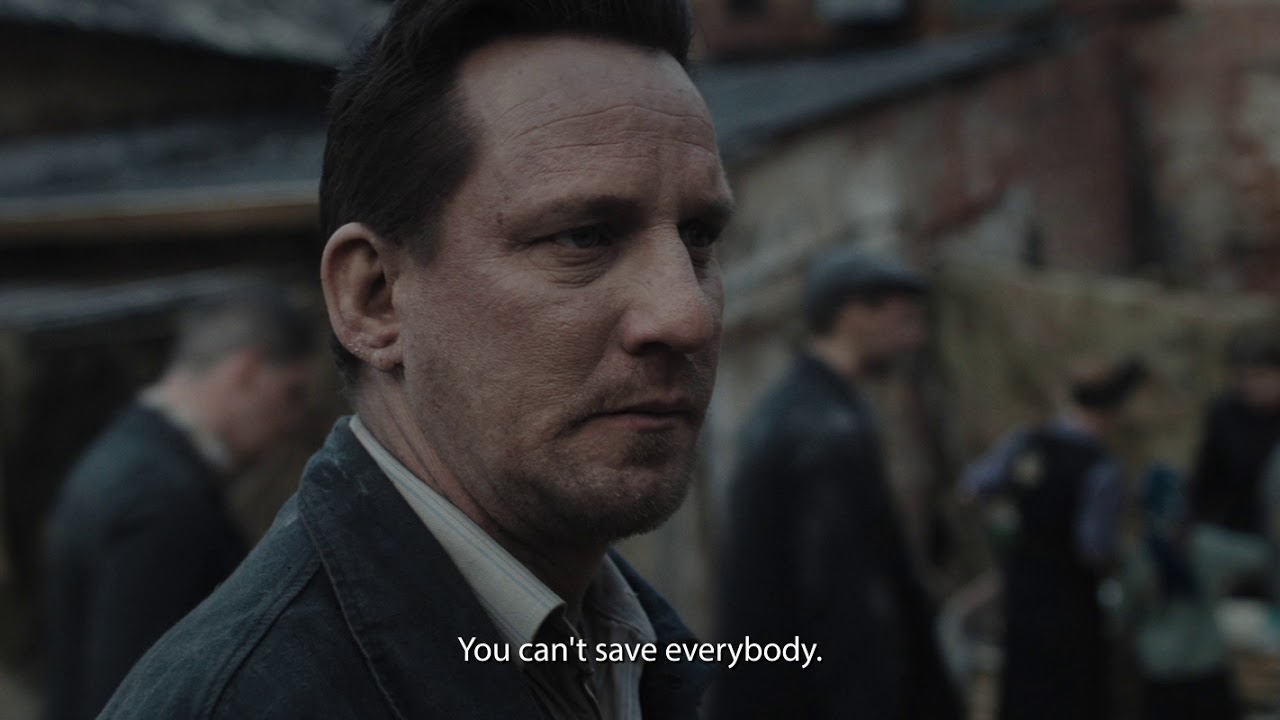 “Whoever saves one life, saves the world entire.” This quote, taken from  the Talmud, is the subject of the 2018 film The Mover by veteran Latvian director Dāvis Sīmanis. It tells the true story of a single Latvian family that manages to hide and transport 60 Jews, while risking the possibility of execution by the occupying Nazi forces.

The film is based on the Latvian novel A Boy and a Dog” by Inese Zandere and Reinis Pētersons. In an email to The Times of Israel, Simanis described The Mover as “the first feature film about the Holocaust executed in the Baltic states. Simanis calls the Žanis Lipke narrative “a surprising story with a lot of courage, humanity and at the same time violence along with thrilling elements. For me it was a shock that people didn’t talk about him before.” Žanis Lipke is recognized as The Righteous Among the Nations by Yad Vashem.

The film opens with a view of a dark stream of water – the Daugava River, Latvia’s “river of destiny.” The river transverses the major Latvian city of Riga. This foundational scene sets the mood of the film as the viewer is immediately immersed in its brilliant use of cinematography.

Lipke’s youngest son Zigis is seen drowning but after Lipke pulls Zigis out of the water, he and his children return home. The day turns out to be bright and colorful. However, this day is the only one of color in the entire rest of the film. The cinematography is shaded with a grey filter, attempting to display the dreadfulness, terror, vulnerability while unmasking the unknown future of the Latvian Jews during the Second World War.

The Mover’s incredible film craft is perfectly executed by Simanis literally and emotionally as he continues to demonstrate a tenuous atmosphere throughout the film. Latvian actor Arturs Skrastins portrays Holocaust hero and The Righteous Among the Nations member Žanis Lipke in this 2018 historical drama streaming on paid Amazon Prime.

Under the occupying Nazi regime, Latvia’s Jewish population was decimated through ghettoization, massacres and deportations. Worsening the killing condition, individual Latvians collaborated with the Nazis to locate Jews in hiding. During the years of Nazi occupation, special Nazi campaigns killed 90,000 people in Latvia, approximately 70,000 of whom were Jews and 2,000 Roma. Wikipedia reports that in November and December 1941, the Riga Ghetto became increasingly overcrowded and to make room for the imminent arrival of many more German Jews, all of whom were to be shipped out of the country, the remaining 30,000 Jews in Riga were marched from the ghetto to the nearby Rumbula Forest and executed.

In the film, viewers quickly learn that in addition to Lipke’s job working in a German controlled warehouse, he is also a smuggler of bootleg alcohol. Ironically, the places he uses to hide the booze turns out to be very same locations he customizes for hiding Jews.

From the outset, however Lipke does not play the hero, quite the contrary. When the Nazis first reach Riga and force the Jews to wear yellow stars and create the Riga Ghetto, Lipke’s longtime Jewish friend foresees the imminent danger and pleads with Lipke to hide his daughter, Arke. He begs him and offers all of his wealth for Lipke to do so, but Lipke rejects the proposal and insists that he leave him alone. Lipke knows the stark danger and jeopardy he would put his family through if he was found to be a Jewish collaborator.

As the film progresses however, Lipke’s morality and integrity grows stronger. In fact, he quickly overcomes his fear of Nazi reprisal and begins to plan how to help secure safety for his many Jewish friends. But the challenge is how? Eventually he decides he must try to save Jews one at a time – all from the Riga ghetto. He begins the risky task of sheltering them on his own property. But where? In an underground bunker, under his shed, that he had already built for his moonshine business.

Arke’s the daughter of the man who pleaded with him to rescue her is not the only person Lipke fails to save and hide. He cannot even manage to hide his own daughter, a supporter of the Soviets. Lipke watches his daughter’s disappearance, presumably with the Soviet army as they hastily withdrawal from Riga.

Lipke rethinks his denial and then unsuccessfully works to try to hide Arke. However, his decision to do so comes too late as the Nazis orders the whole family to be deported to the concentration camps.

The Mover demonstrates the cunning and courage not just of Žanis Lipke but also that of his wife Johanna as both of them took extraordinary risks to save as many Jews as they were able.

Simanis asks, “the main question in preparing the script, filming the movie, is how is it possible for a person to see something inhuman happen and decide to do something or worse do nothing, … and at the same time know that doing something could end your family, or create a certain threat to the closest people in your life. They chose to act in spite of the danger and in spite of their own suffering. So, few others did that.”

Noting that about 10 percent of Riga was Jewish, Simanis said in an interview with Times of Israel ,“it’s likely Lipke had neighbors, acquaintances, or colleagues who were Jewish. But this can be said of all Latvians in Riga and other urban centers like Daugavpils and Liepaja, where there were big historical Jewish communities. So, connections and contact alone can’t explain his efforts.”

In the film, Lipke’s initial effort is to shelter Jews were in the projection room of a movie theater that was ironically showing Nazi propaganda movies. It was also one of his original illegal alcohol hiding places. Yet, his plans were betrayed by a Nazi collaborator, Lipke had hired. The Jews, Lipke had hidden were executed in cold blood by the Nazis.

Simanis said that the topic of collaborators was “something in our film that was not the main purpose, but at the same time we wanted it to be part of the story. Latvian soldiers and civilians participated in executions. There were also people betraying, or kind of indicating to the Nazis that there was some kind of Jewish saving mission ongoing.”

“What characterizes most Latvians in WWII is probably a combination of fear, indifference, and suspicion,” said Simanis.

“There were those who did not directly engage in violence but, for instance, pointed out the places where Jews lived to German soldiers. This is something I’ve heard quite a lot in testimonies from survivors: it was the Latvians who knew where Jewish families lived, not the Germans. Then there are many who did nothing — they did not collaborate, and they did not rescue. They kept to themselves and were silent,” Simanis assumed.

Simanis mentions that it is “hard to say how many Latvians were rescuers.” he noted that “The Museum of Jews” in Latvia estimates that over 400 Jews were saved in Latvia, so there were certainly other little-known rescuers too.”

However, “Lipke stands out for his courage and the number of Jews he managed to hide.”

“When it comes to numbers, you think of a very well-known Jewish savior, like Oskar Schindler or others, who saved many thousands of people,” Simanis reflected. “While they had certain abilities, or whether it was working in a professional field, or diplomacy or politics could help, in Lipke’s case, he was someone who did not have any means or basis for saving Jews… He was no one, a person from nowhere.” With only family and a few friends helping Lipke, Simanis called his achievements “quite big.”

I really enjoyed this film and highly recommend its viewing. It is for mature audiences only as there are scenes of violence especially the Rumbula forest scenes.

Jeffery Giesener, former CEO of SourceMob, has both public and private company experience. Today, retired and enjoying life in San Diego, he’s a freelance writer who has a passion for both cinema and baking his Mom’s (OBM) European recipes.