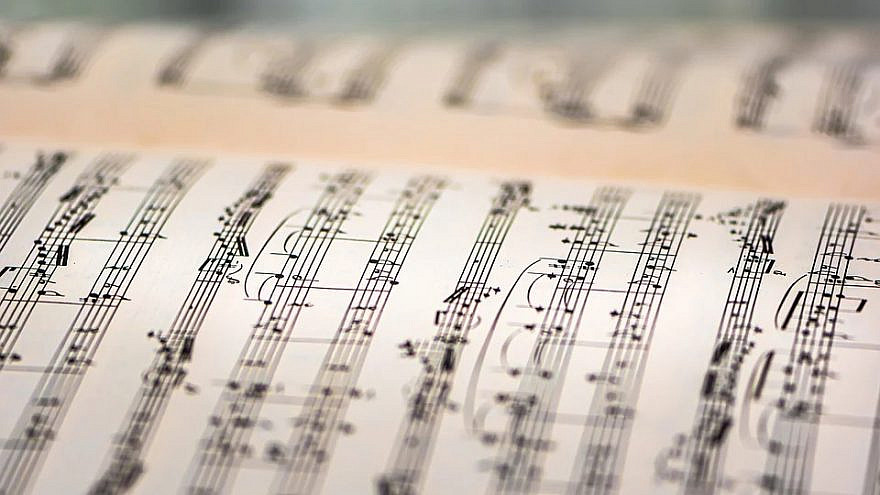 When comedian Mendy Pellin posted on Twitter that “Sefira music is the audio equivalents of Pesach cereal,” he was referring to the recent trend of Orthodox singers to produce albums and singles of a capella music to listen to during the more than a month of mourning between Passover and Shavuot, known as sefirah, when many religious Jews do not listen to instrumental music.

In Israel, Chanale Fellig-Harrel, a popular singer who has produced several a capella singles, was not amused. Pellin’s comment was, she said, “stale and tasteless,” adding that “the amount of work and time that goes into a capella music is no joke.”

In his office in Brooklyn, N.Y., Pellin, who The New York Times called “Stephen Colbert with a beard and a black hat,” explained that kosher-for-Passover baked goods and cereals, which have been able to imitate the real stuff from potato starch or almond flour, just don’t taste as good. “There are some really good Passover cereals out there that are very good, but you are not going to eat those cereals after the holiday.”

He says the same is for the new trend to produce a capella music for sefirah, literally “the counting,” referring to countdown from Passover to Shavuot. “I don’t see any weddings that they suddenly switch to sefirah music during the weddings,” he quipped. 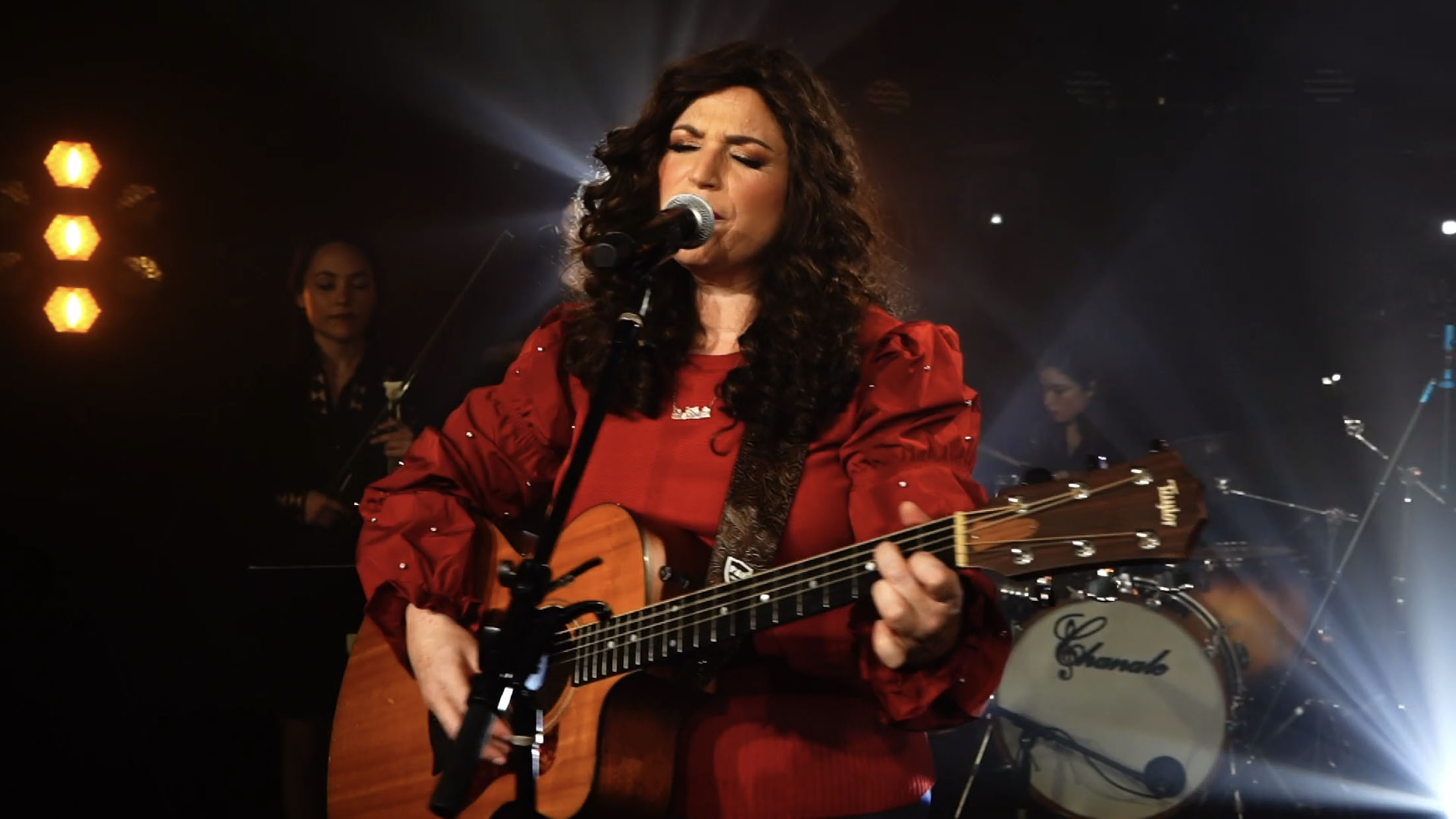 Chanale Fellig-Harrel recording a music video during the regular months of the year. Credit: Courtesy.

She says her fans loved it, and so she recorded another single, “Yom Echad” (“One Day”), that she released this week. Fellig-Harrel notes that a capella is returning back to soulful music, when during a farbrengen (a Chassidic gathering in Lubavitch tradition), soulful melodies are belted from the heart, “where someone is always off harmony.” For her, Jewish music during the two mourning periods on the Jewish calendar returns to those intimate moments—“it is more like a treat that we get once in a while.”

Jewish music producer Doni Gross could not agree more, saying that he wanted to replicate his time in Rayim Camp in Parksville, N.Y., where he headed the choir. During the time that the destruction of the Temple in Jerusalem is marked, they would perform a capella for the campers. “There was something just pure,” he says about singing without instrumental music, which he says was more like cantata without the instrument. “It was very meaningful; it put you in the zone,” he describes. 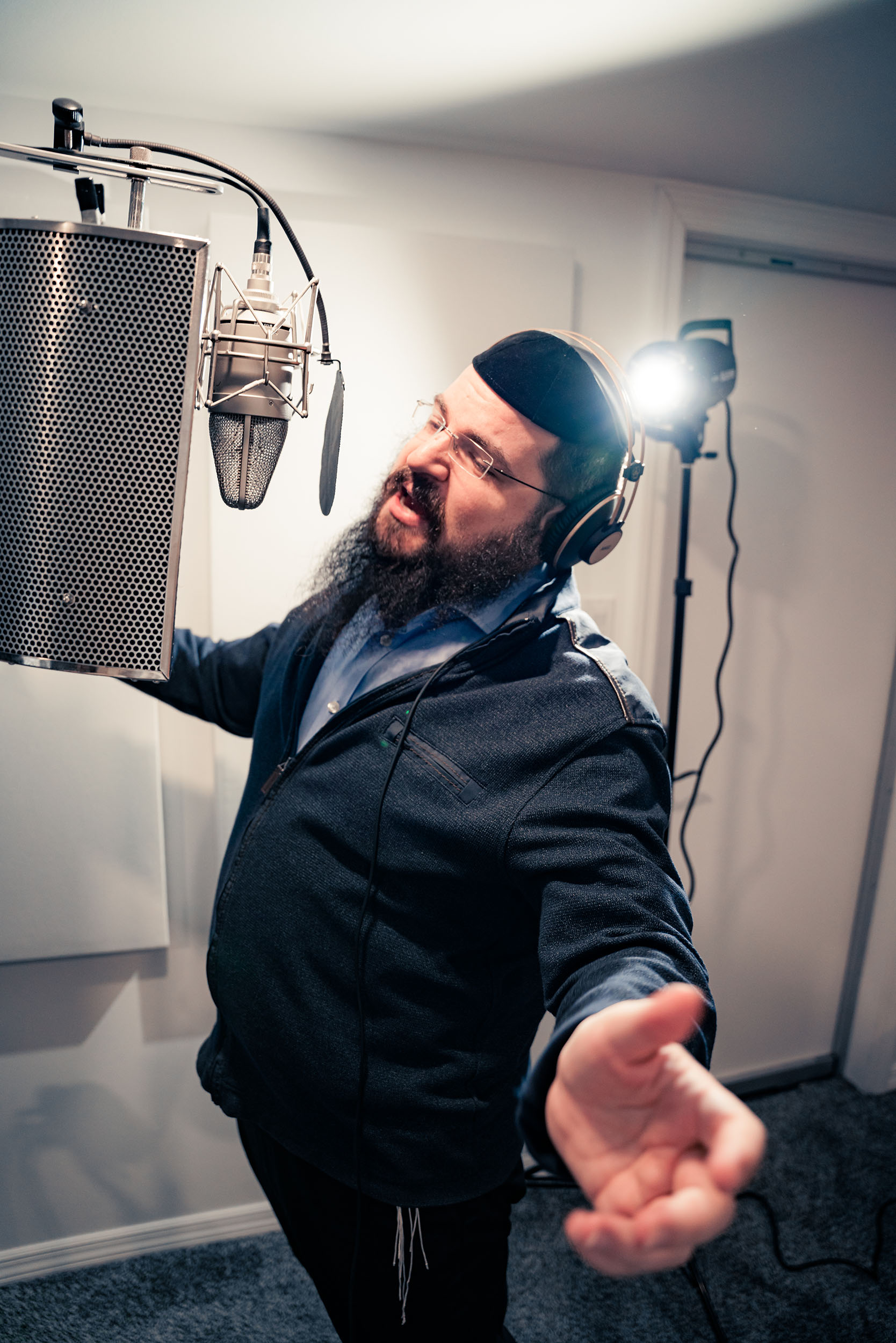 Since 2011 when he started pioneering sefirah music, he has produced five “Kumzitz in the Rain” albums. He says that he wanted to be able to capture the emotions from camp “to do in on a global level.” The producer, who just released a second a capella album—“Whispers of the Heart” with singer Benny Friedman—says that this is his favorite Jewish music is a capella.

‘The brain is much clearer’

Chassidic singer Eli Marcus could not disagree more with the sentiment of Fellig-Harrel and Gross. “Singing a capella is not geshmak for me,” he says using the Yiddish word “enjoyable.” He adds that “it seems weird to me, it never appealed to me. It’s like pork made in a lab.”

Marcus, whose first performance was at his third birthday, recalls “I got a Fisher-Price tape recorder with a microphone” and never stopped since, saying at this time period, there is another plus for him and for many other Orthodox singers. During sefirah with no Jewish weddings or concerts, he explains, it’s a good time for his voice to rest.

“It is a forced vacation,” he says. “The brain is much clearer, and I will be home in the evenings to spend quality time with my children.” 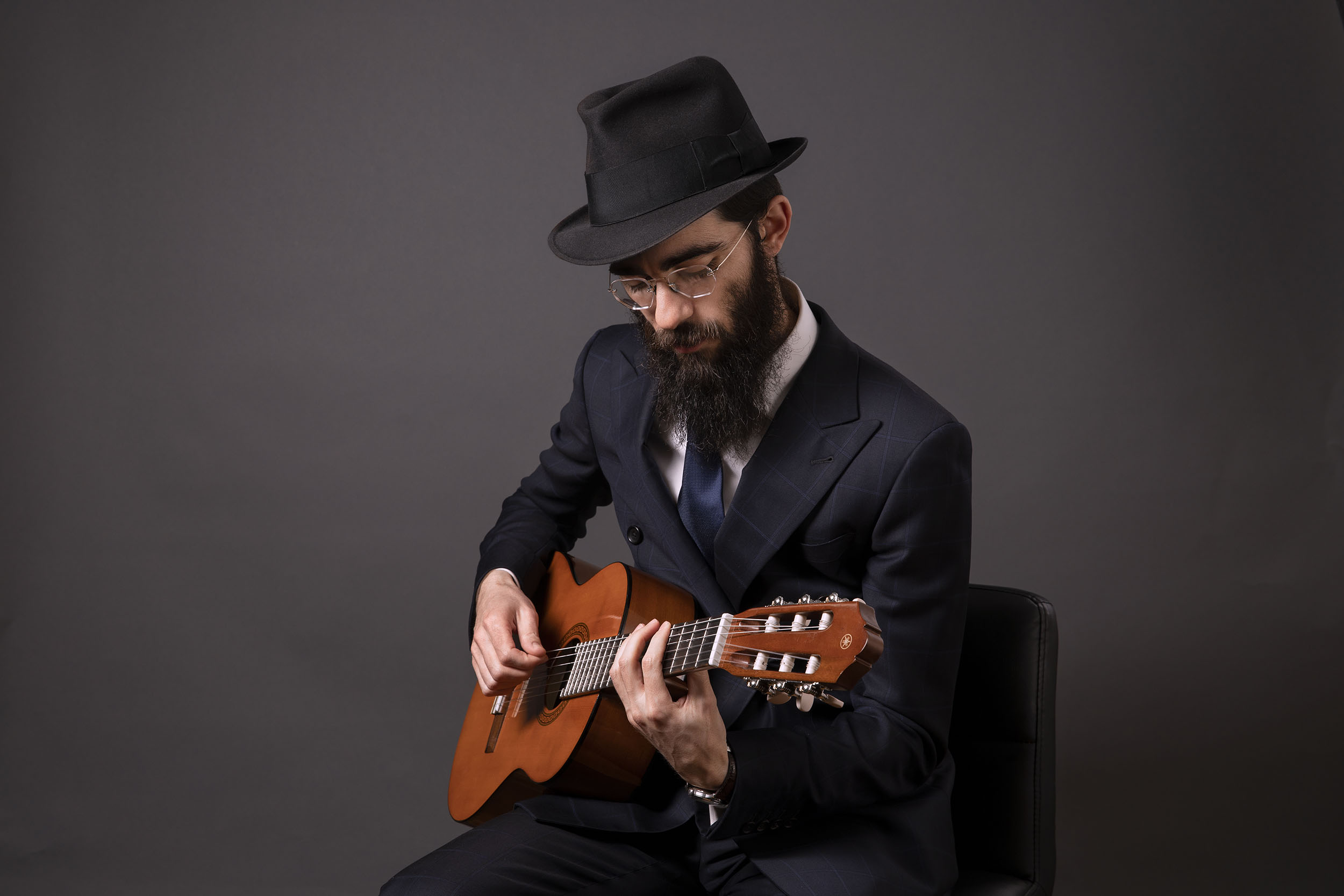 While Fellig-Harrel and Gross have produced soulful a capella, others have produced more Jewish pop music, with voices replacing instruments. “A capella albums have begun to sound more and more like real music over the years,” writes Rochel Weber, who writes a column on Jewish music for Mishpacha magazine, saying the “vocal sounds are technologically manipulated to simulate instrumental sounds.”

This is the reason that Rabbi Gavriel Zinner, a prominent rabbi in the Borough Park neighborhood in Brooklyn, says that any a capella music is not OK. On the flip side, there are rabbis who say that any recorded music is not like listening to live instrumental music.

Most Orthodox rabbinical authorities rule that recorded music is like listening to live instrumental music, though many will rule that it’s fine if someone just wants to listen in the background and not for enjoyment, like they do all year round. Rabbi Moshe Heinemann, the rabbinic administrator of the Star K Kosher supervision, says that deciding Jewish law does not depend on the feelings of people and one should not listen to any instrumental music, even recorded.

However, he notes that once you say that if you enjoy something that Jewish law never said is prohibited, “then you don’t know where you are going, and it could never end,” and thus a capella, even if it sounds like real instruments, is permitted.

Gross says that even if it is permitted, he would not produce such music for these days. When he makes music for this time of Jewish mourning, he does it with a purpose “to set the tone, to put you in a certain mindset, to feel the days. When you are inspired, there is a lot you can accomplish.”