Home Sports Going the distance: Israeli couple in the running for Olympic gold 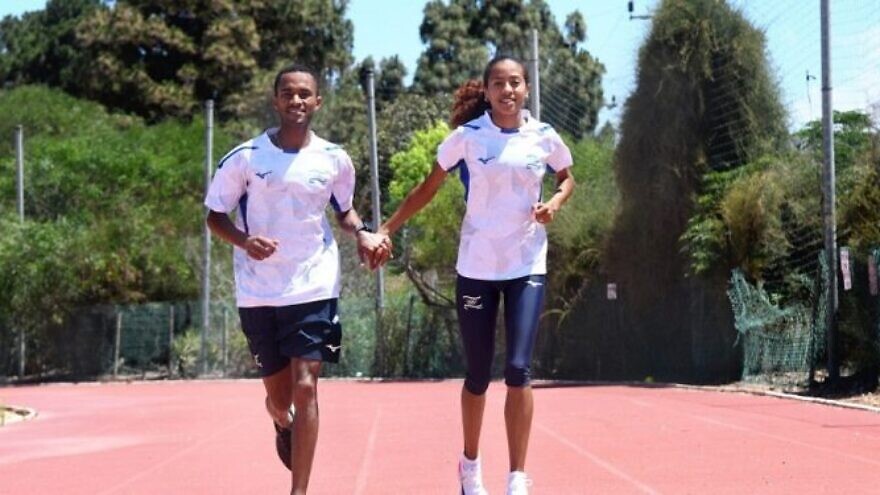 Qualifying for the Olympic Games is every athlete’s dream. For Marhu and Selam Teferi, realizing this dream is twice as special, as both qualified to represent Israel at the upcoming Tokyo Games. Marhu is a marathon runner and Selam runs track.

“Even in our wildest dreams, we didn’t think this would be possible,” said Selam. Marhu added: “When she qualified for the 5,000-meter [3 mile] run, two years ago in Belgium, I called her and we both screamed ‘Yes! We are going to the Olympics together!’ We were ecstatic.”

Before flying to Tokyo, the couple will spend a month in Italy training.
“We are representing Israel, and it is a dream,” said Marhu. “I participated in the Rio Olympics in 2016, but there is no comparison because this time my wife will be with me. And even though we will stay at two different Olympic Villages, just knowing that both of us are there is incredible for us. We will speak on the phone all the time and encourage each other.”
Both Marhu and Selam were born in Ethiopia. Marhu made aliyah to Israel with his family at the age of 14, whereas Selam became an Israeli citizen in 2018.