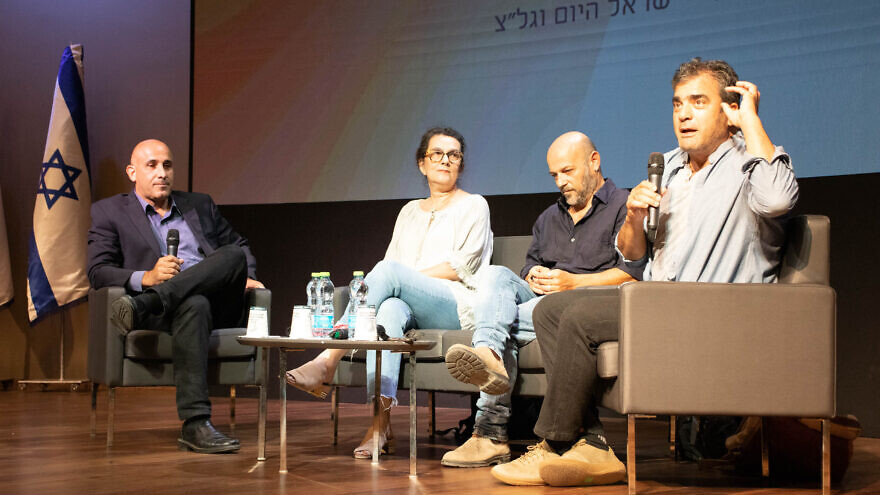 It was 16 years ago Monday— the 10th of Av in the Hebrew calendar—that more than 8,000 Jews were evicted from their homes in the Gaza Strip in what was officially known as the “disengagement.” The Seventh Annual Katif Conference of National Responsibility, which brings together those who wish to remember that evacuation, along with politicians, religious leaders and journalists, took place at the Menachem Begin Heritage Center in Jerusalem on July 13.

The Jewish residents of the Gaza Strip—the vast majority of whom were Religious Zionists—lived in 21 settlements collectively known as Gush Katif (or “Harvest bloc”). They had turned sand dunes into a world-beating agricultural area, growing everything from cucumbers to tulips, much of it in state-of-the-art greenhouses.

It came as a severe shock when the man who had been their champion, then-Prime Minister Ariel Sharon, decided to end their life’s work. Two Jewish settlements in northern Samaria were also marked for demolition.

“National responsibility” is a theme reflected in every Katif conference. 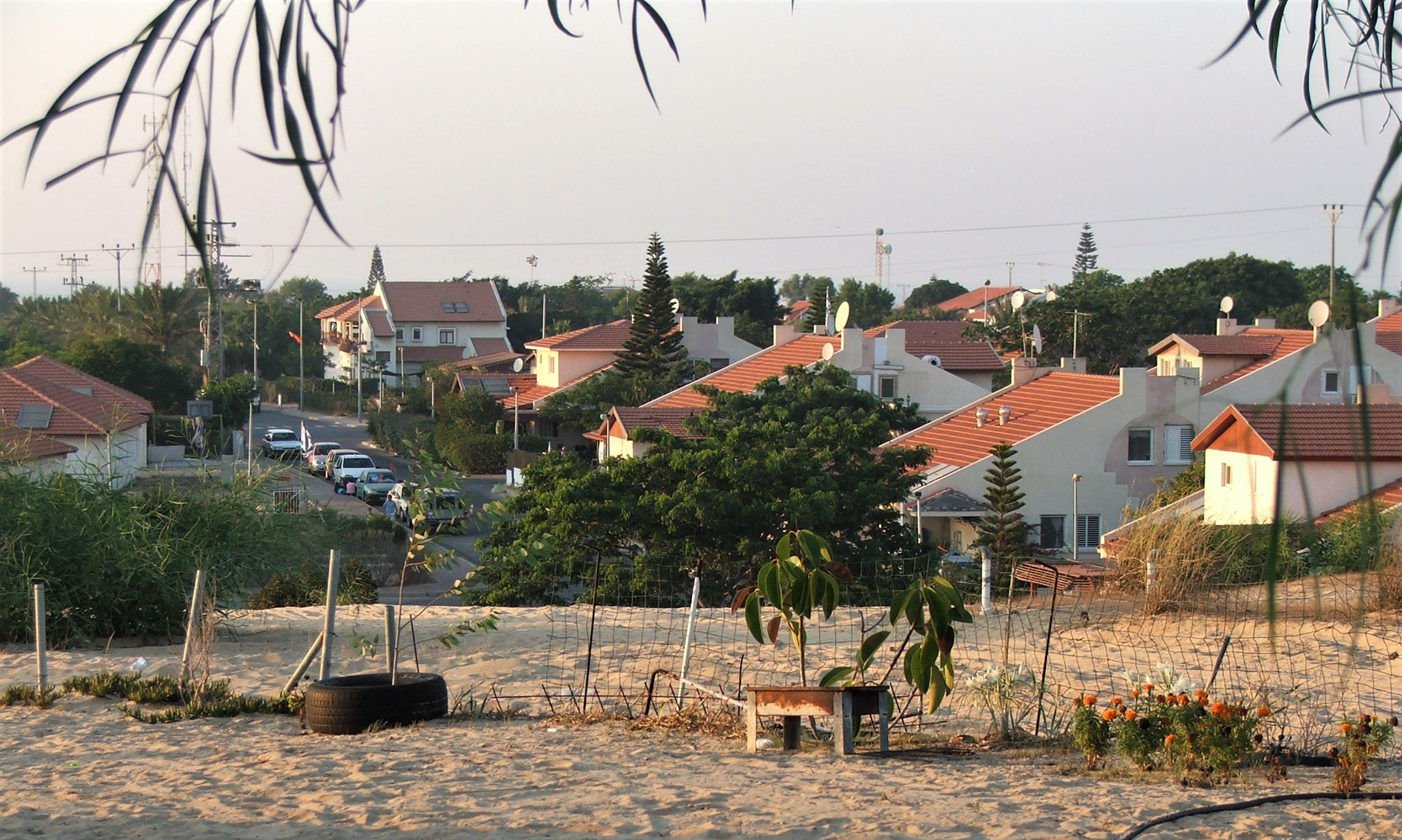 The nonviolent approach to the eviction plan at first appeared to be effective. Gush Katif residents conducted a national campaign to enlist public support. They went door to door talking to Likud delegates.

Tzvi Hendel, who lived in Ganei Tal, one of the Gush Katif settlements, and was a Knesset member at the time of the disengagement, attended the conference as a private citizen. He told JNS that Sharon didn’t have a majority in his own Likud government. “Finally, he realized he didn’t have a majority, and he called a referendum in the Likud. He thought with the referendum he’d succeed and the Likud would vote for him, but he lost big.” What was not foreseen was that he would ignore the results. 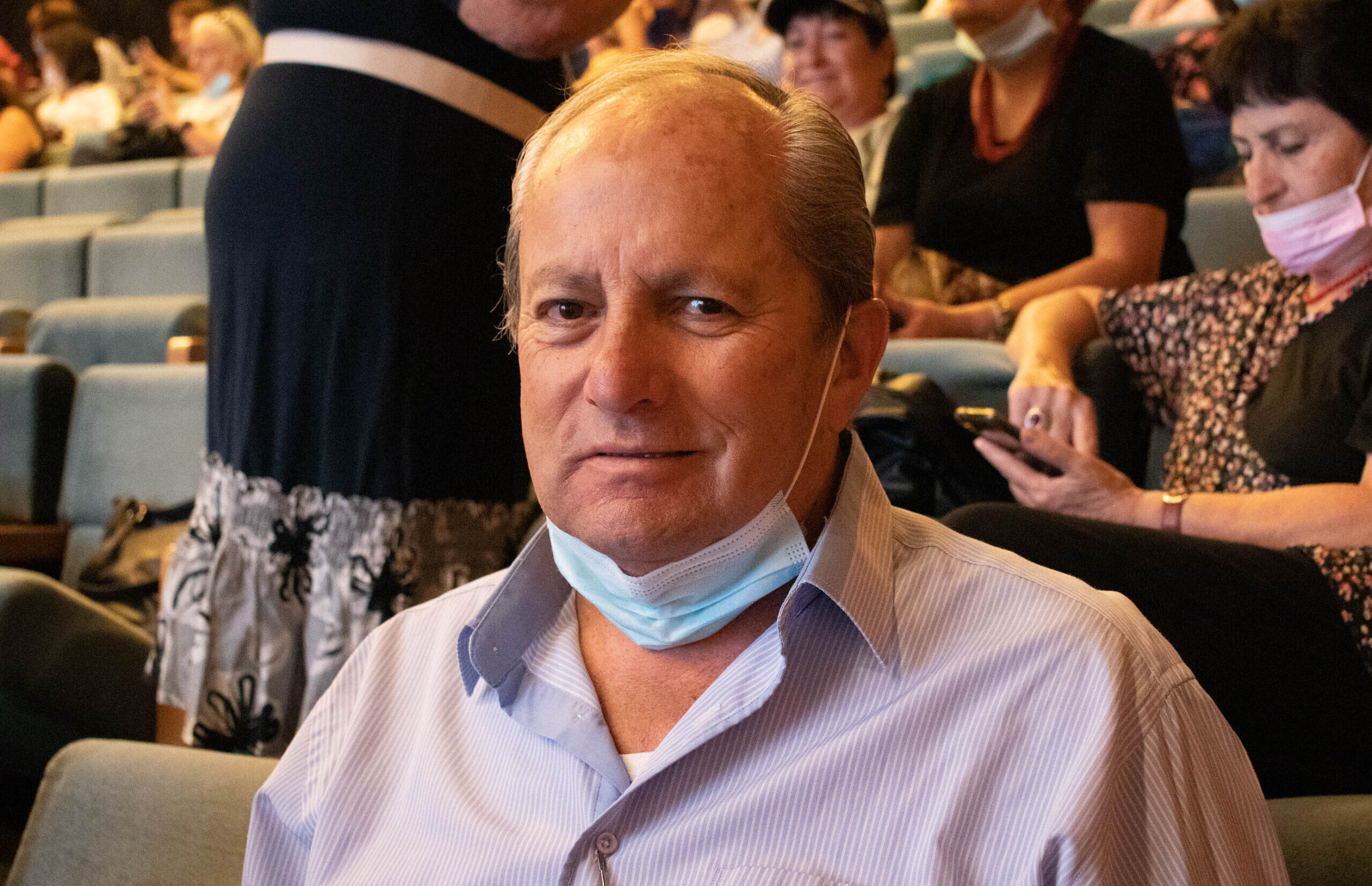 Through the lens of ‘national responsibility’

Among those attending the conference were Religious Zionism Party leader Bezalel Smotrich and Knesset member Amichai Chikli of Israeli Prime Minister Naftali Bennett’s Yamina Party. Chikli has become popular on the Israeli right for refusing to support forming the current government, which includes left-wing and Arab Islamist elements. He argued that Bennett was breaking numerous promises to his voters.

Attempting to explain Sharon’s decision, Chikli said he wanted to “buy quiet, a temporary truce” from Israel’s day-to-day struggles with Palestinians. “What the State of Israel really bought was an Iranian division in the service of the Revolutionary Guard in the Gaza Strip that knows how to shut down Ben-Gurion Airport and Tel Aviv for a month’s time.”

Chikli said the fight now is for Judea and Samaria. “The European Union’s biggest project at the moment in connection with us is to expel the State of Israel from Area C,” he said, referring to part of the territories that fall under Israeli sovereignty but in which the Palestinian Authority is making illegal inroads, often with the help of European funding.  What stands against it, he said, “is a weak central authority that doesn’t know how to stop the illegal building.” 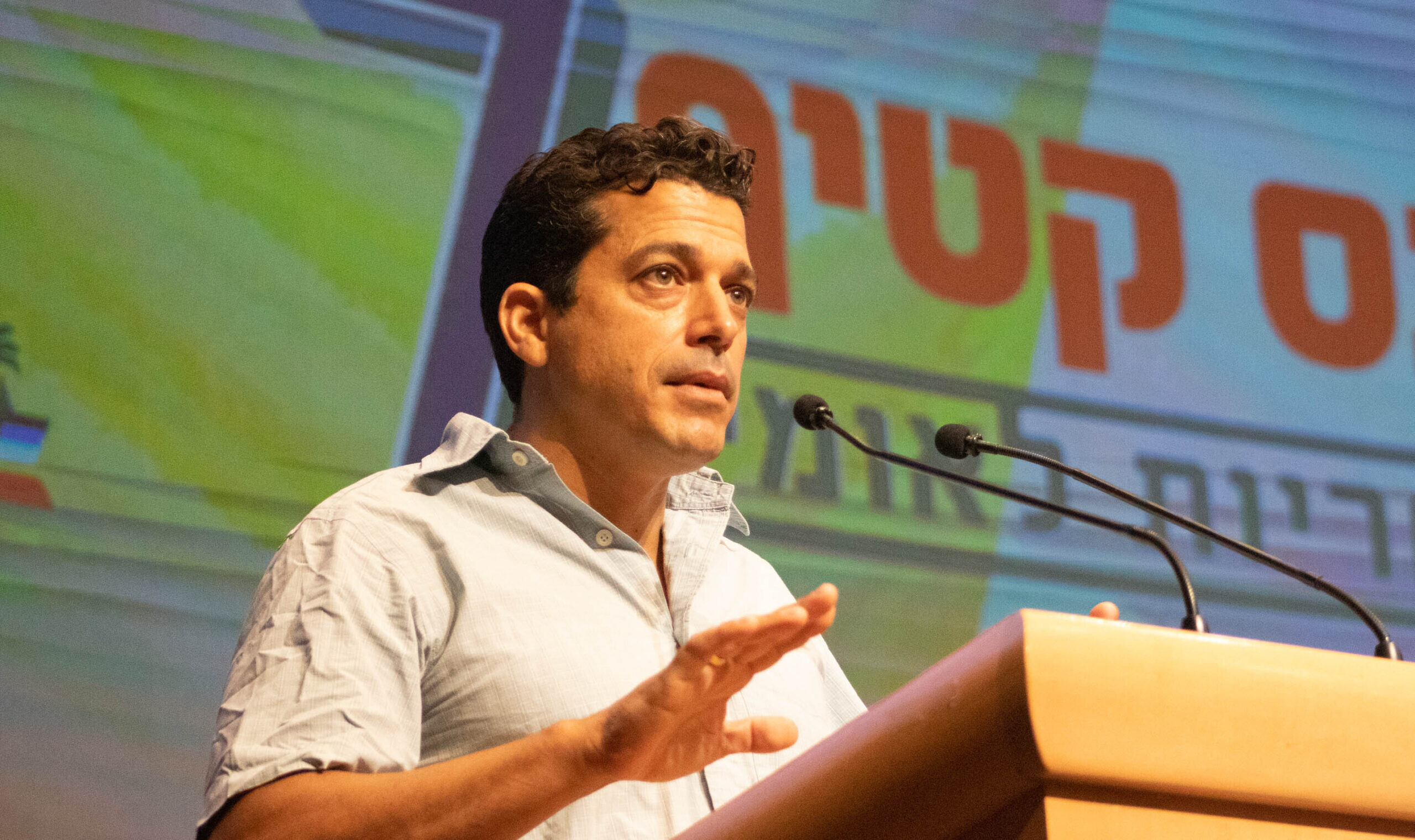 As with other Gush Katif conferences, panels focused on internal conflicts. “Every year, we try to find the conflicts within the nation of Israel—Arabs vs. Jews, religious vs. secular—and then speak about them through the lens of ‘national responsibility,’ ” said Better.

One panel dealt with the Arab riots in Israel’s mixed cities during “Operation Guardian of the Walls” in May. Panel members included Rabbi Israel Samet of Lod and Rabbi Ezra Heyman of Jaffa.

Samet said a watershed moment for the Jews of Lod involved a Jewish woman from the city’s Ramat Eshkol neighborhood who often helps her Arab neighbors. A day after she helped one neighbor, she learned that the neighbor’s wife had pointed out cars that belonged to Jews so that vandals would know which ones to burn. “That moment marked a change in the relations between the populations,” said Samet. 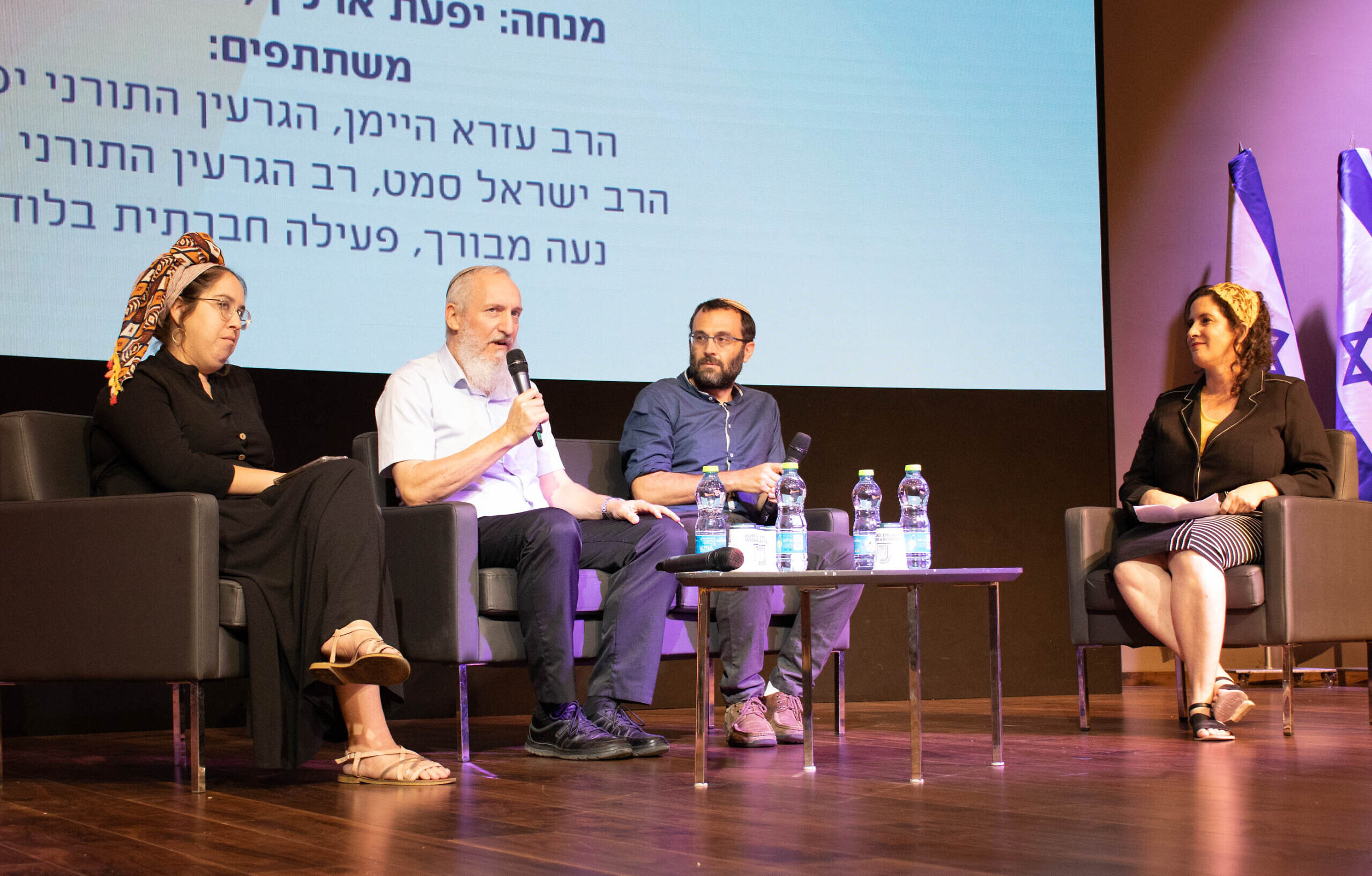 For Heyman in Jaffa, the key event, he related, was when he saw “several hundred young people come out of the mosques with murder in their eyes. That was the moment that I knew something had changed.”

Heyman pointed out that every country in the world collects statistics about anti-Semitic attacks, but not Israel. “No one counts them, so they don’t exist.” He said it was “incredible” that one of the men who attacked Rabbi Eliyahu Mali in Jaffa in April wasn’t even accused of carrying out a “nationalistic” or racially motivated attack, despite having supportive references to Hitler on his Facebook page and yelling during the attack, “There won’t be one Jew in Jaffa.”

Heyman offered a bleak view of the future: “There’s a lack of acceptance in principle [among Arab Israelis] of the existence of the state. And this is only the start.” 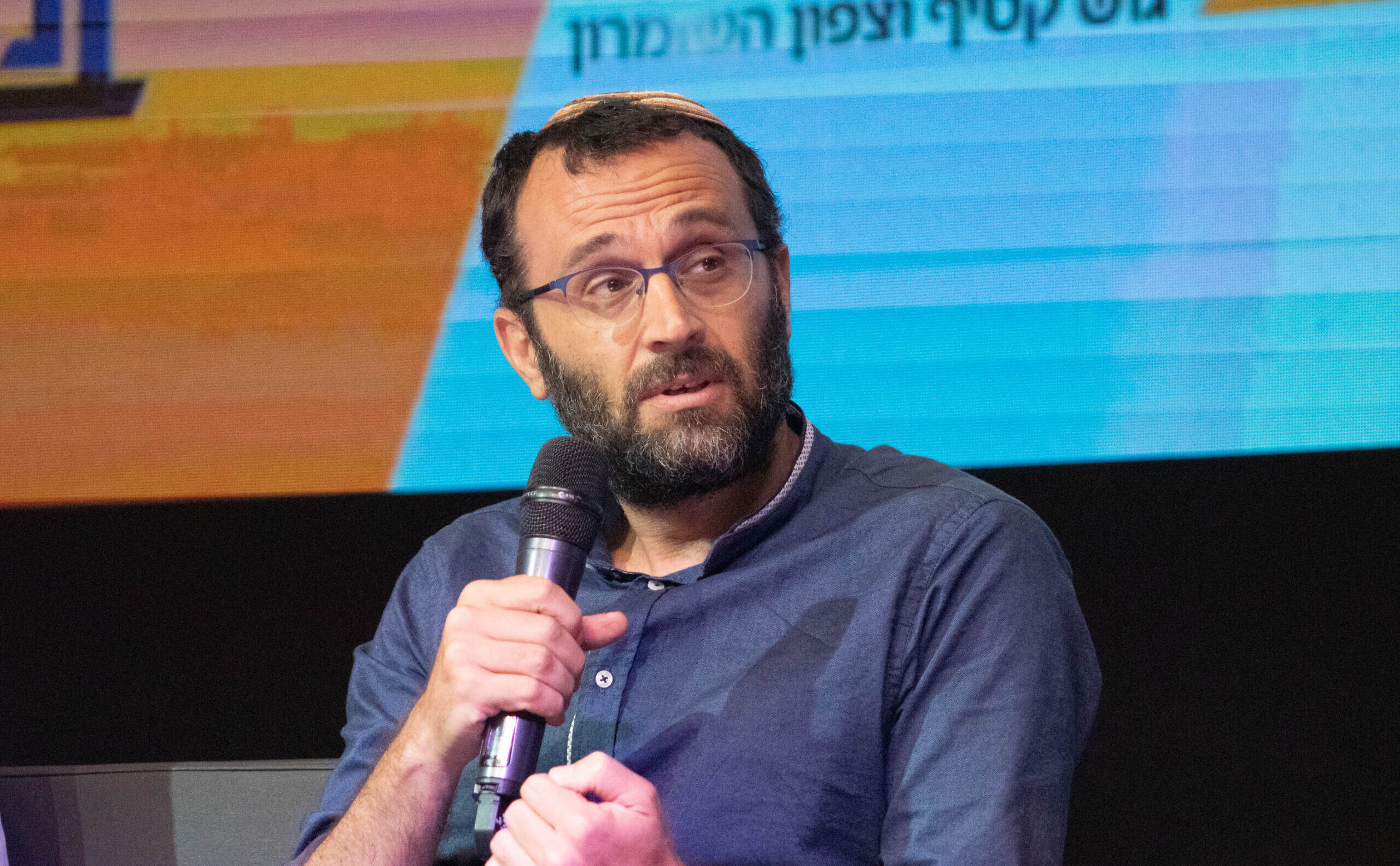 Another panel dealt with internal conflicts within individuals, featuring three public figures who had changed their political identification. They included Brig. Gen. (res.) Amir Avivi, director of the Habithonistim (or “The Security Experts”) movement; Irit Linur, an Israel Hayom columnist (Israel Hayom was a media partner for the event); and Shabtai Bandat, who works for Peace Now.

Avivi said he came from a “Mapai family.” Mapai was the Socialist party of Israeli founding father and first Prime Minister David Ben-Gurion. Although initially he supported the Oslo Accords, he subsequently observed the “complete dissonance” between what the media was reporting and what was happening on the ground. “Here comes [PLO leader Yasser] Arafat and says the first day he arrives: ‘In blood and fire, Palestine will be redeemed.’ ”

Peace Now’s Bandat moved in the opposite direction. He grew up in the Religious Zionist world, moved to Samaria, worked in institutions in Elon Moreh (an Orthodox Jewish settlement in Samaria) and ran the yeshivah in Homesh, one of the two northern Samaria communities evacuated during the disengagement. He said he went through a long process in which he lost his religious faith. As his faith underpinned his political views, he said he began to question those as well, eventually moving to the left. He noted that his children remain Religious Zionists and strong supporters of the settlements.

“It was much harder for them to deal with my political change than with my religious one,” he said.

Irit Linur said her apparent move from left to right was deceptive for she hadn’t changed at all. “The left moved. The left became anti-Zionist. My basic sentiment always was and remains very Zionist,” she said. 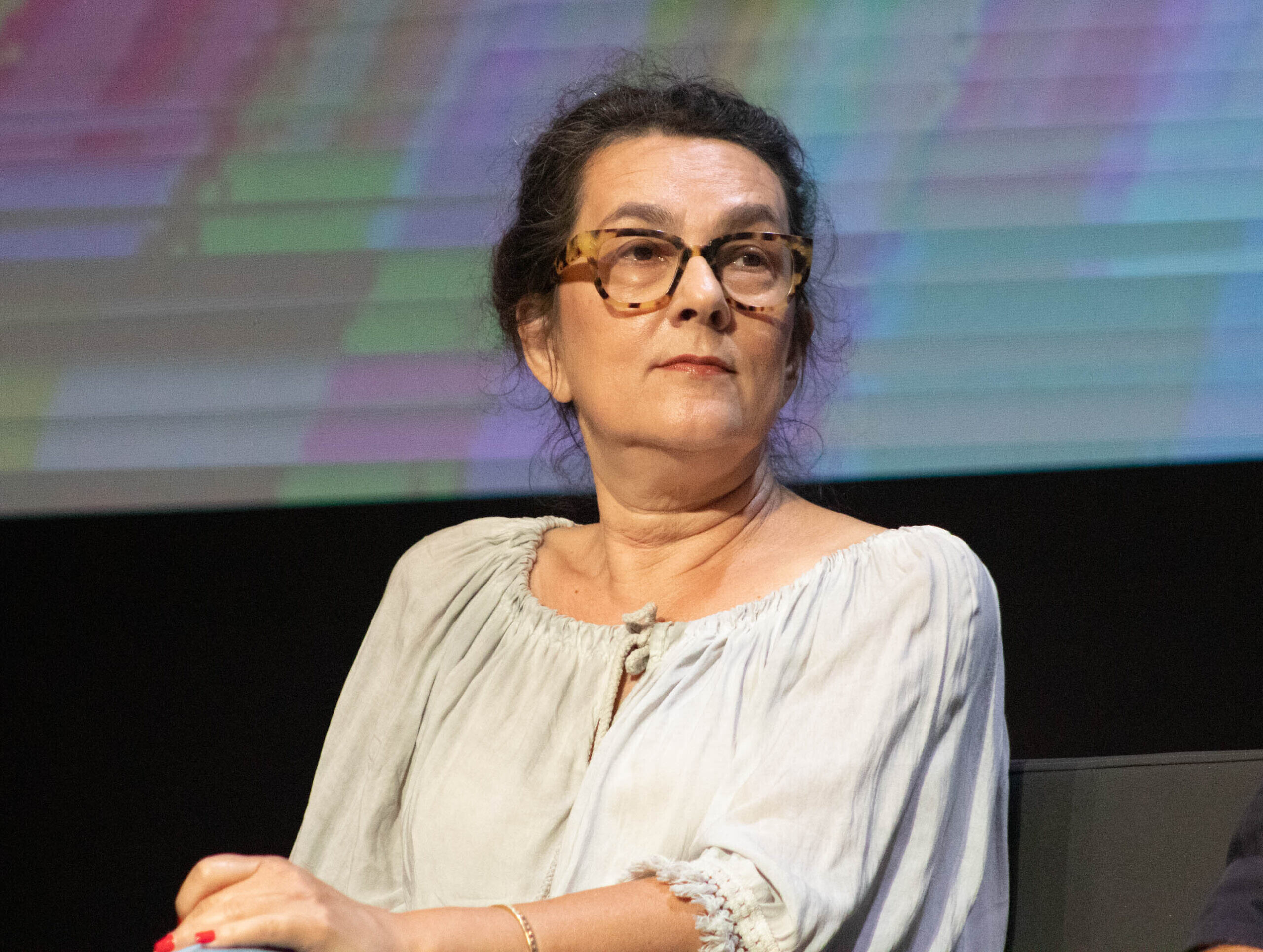 Enlivening the day-long conference, interspersed between the panels and speakers, were three plays. One featured a young religious girl immersed in the day-to-day fight against disengagement. Another portrayed the internal conflicts of a Gush Katif resident and an Israeli soldier as they struggle with how best to confront one another. A third dramatized a Supreme Court debate about whether or not to allow the destruction of synagogues in Gush Katif by the Israeli Defense Forces.

The plays were researched, written and directed by Tzvya Margaliot. “There isn’t a single word that’s mine,” she told JNS.

She said the soldier’s words came from an official IDF document, the young girl’s speeches from a diary and the Supreme Court debate from hundreds of documents. “I took all the documents and made it look as if it took place in 15 minutes,” she said. (In the end, the court did give the IDF permission to destroy the synagogues, but the defense minister at the time, Shaul Mofaz, couldn’t bring himself “as a Jew” to give the order. The synagogues were quickly destroyed by the Palestinians once the Israelis left.)

Can a Gush Katif-type evacuation be repeated in today’s Israel? Hendel said the Israelis have learned from their mistake. Indeed, he thinks that Israel will one day return to the Gaza Strip. “It’s not the ‘in’ thing right now, but there’s no solution to the Gaza Strip except as part of Israel. It may take another year, another 20 years. I don’t know that I’ll get to see it. But there’s no other solution—Gush Katif will rise anew.”