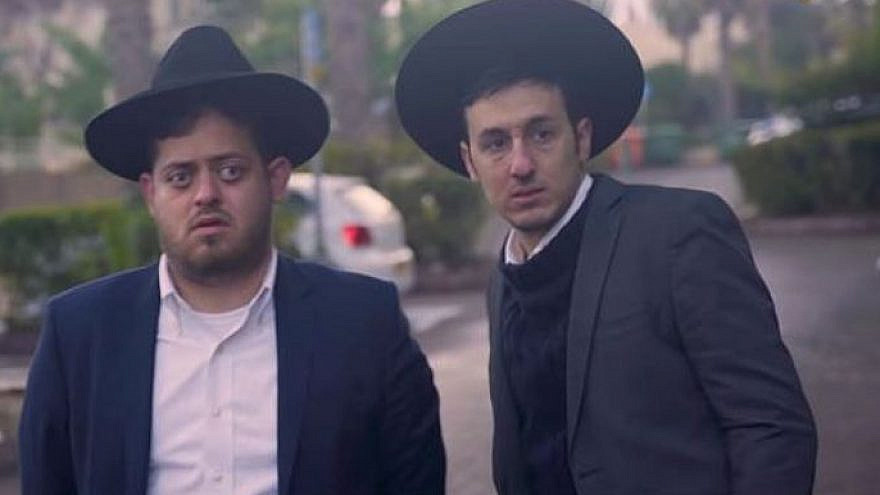 Efi Skakovsky and Meni Wakshtock, two haredi comedians, have managed to shatter stereotypes by proving to secular Israelis that being haredi doesn’t mean you can’t be funny.

The duo, known as Bardak (“chaos”), have taken the comedy world by storm, bridging the divide between the two sectors in Israeli society.

The two met in Aug. 2020 and realized that their talent for humor would be a hit within their community. Skakovsky and Wakshtock post their skits on social media and cover various topics, ranging from the coronavirus to the anti-government haredi protests.

The videos are tailored to the haredi audience; they do not use profanity and focus on men’s perspectives. Nevertheless, they are proving to be incredibly popular among secular Israelis.

Q: Your videos are unexpected because you grew up watching very little TV.

A: “I took film studies in a religious institution, and I have been directing for seven years,”  Wakshtock said. “Our approach is to create a perfect product without slacking and ‘going with the flow.’ Sometimes we contemplate an idea for hours, refine certain parts of the script and change it again and again.”

Q: What do rabbis think about your work?

A: “The ultra-Orthodox love to laugh, and until now, they didn’t really have a lot of kosher content. I went to consult with a rabbi before [I began this work,] and he encouraged me to pursue it; that it was my mission,” Skakovsky said.

A: “On YouTube, where we have 4.7 million views for 25 videos,” said Wakshtock. “Another 20,000-30,000 views on Facebook, about 15,000 on TikTok. Recently we came across a video that someone uploaded to TikTok, a segment from one of our bits about an ultra-Orthodox man disguising himself as a secular person to cross a roadblock [put in place during one of the coronavirus lockdowns.] It was viewed 750,000 times.”

Nevertheless, WhatsApp is more common in the haredi world, added Wakshtock. “We have 40-50 groups where we publish videos every week,” he noted.

Q: Do some people criticize your work?

A: “Most of the feedback is positive,” said Skakovsky. “The minority that does criticize us provides us with constructive criticism. In one of our first sketches, a character by the name of Eisenbach is seen counting money, and my father said that might be less appropriate at this time.”

Q: What are your plans going forward?

A: “We are open to suggestions,” Wakshtock said. “One day, we might make a movie or a TV series, the kind that haredi people will enjoy, too. Secular people watch our videos, as well. Perhaps they don’t get all the nuances, but they say they like seeing what the real Haredi world is like.”