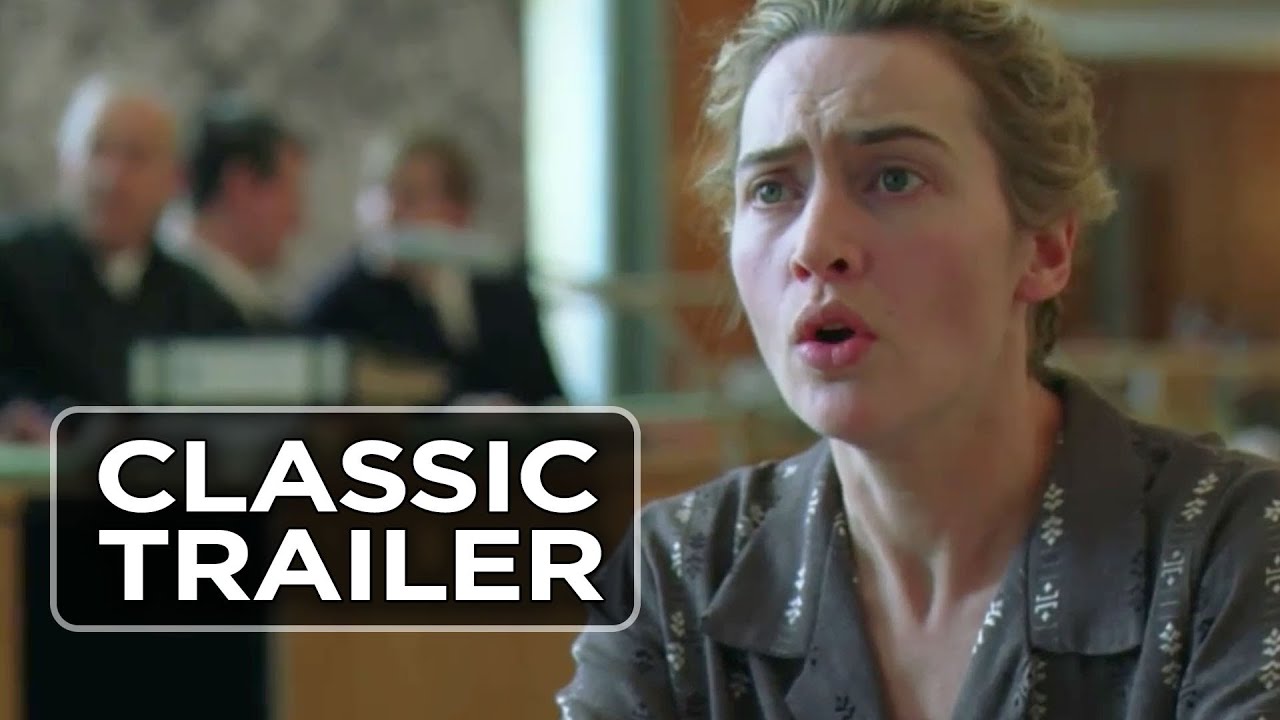 The Reader is an exemplary piece of filmmaking, superbly acted by Kate Winslet, David Kross, and Ralph Fiennes, beautifully lit by two of Britain’s finest cinematographers (Roger Deakins and Chris Menges) and sensitively directed by Steven Daldry from a screenplay by David Hare. The film was nominated for best picture in 2008.

The film focuses on a sexual relationship between Hanna, a woman in her mid-30’s, and Michael,  a schoolboy. Obviously, one has to look beyond the inappropriateness of this relationship and drill deeper into the true reasons why the relationship has happened and why it continued.

It is in this exploration and discovery that the viewer literally gets locked into the film, the brilliant film craft and its vice grip won’t let you go. The story makes one question your personal beliefs.

Caution: this film is only for mature audiences and deals with the subject of underage sex seduction, nudity, and intense discussions of acts of violence within the Holocaust.

However, it is rare for a film to approach the topic of the Holocaust looking at the subject matter from the outside in. I can’t advocate enough the viewing of this brilliant film. A discussion should follow.

The Reader (German: Der Vorleser) is based upon a novel of the same name written by German law professor and judge Bernhard Schlink. The novel was published in Germany in 1995 and in the United States in 1997. The story is a parable, dealing with the difficulties post-war German generations have had comprehending the Holocaust. Ruth Franklin, the former editor at The New Republic, writes that Schlink’s book was aimed specifically at the generation that Bertolt Brecht, a German playwright and poet, called the Nachgeborenen, those who came after.

The withdrawn Michael Berg, the innocuous storyteller of The Reader is born in Neustadt, Germany in 1944. He is the gifted son of a liberal intellectual. Berg who himself eventually becomes a very successful lawyer reviews his troubled life and it’s instantly clear that his past involvements have left him guarded, insular, and psychologically impeded.

The film moves on to the late 1950s in Chancellor Adenauer’s Germany on a day when 15-year-old Michael, on his way home from school, collapses and is found sick and feverish on a damp and rainy street. Hanna, a chilly tram conductress, finds Michael and takes him back to her apartment to be cared for. From this day, and all the days they spend together they both are obsessed with sex.

Hanna makes little pretext of genuinely loving Michael, who she calls “kid,” and although Michael has a helpless crush on Hanna, perhaps because of his youth, this affair should not be confused with love. He is swept away by the discovery of his own sexuality. Hanna appears to enjoy trading her body for the pleasure of being read to.

After six months of nearly daily visitation and always with the same intent and conclusion, one day Hanna disappears. Michael finds her apartment abandoned, with no indication or notice. His ego and self-worth are destroyed, and he is totally unprepared for this blow.

As the film moves us forward to 1966, Michael is now a law student at Heidelberg, however, he still yearns for Hanna. A sympathetic teacher, Professor Rohl (played by Bruno Ganz who played Hitler in Downfall) launches a legal seminar for his bright pupils to scrutinize the issues of guilt and crimes against humanity. Rohl escorts them to observe just such a trial in a nearby town.

As the trial begins, Michael is seen busily taking notes as the accused enter the courtroom. He hears the judge call out Hanna Schmitz’s name. Then and there, Michael finally realizes, to his horror, that Hanna is one of the several Auschwitz guards that are in the dock, accused of inexcusable comportment at the camp and a cruel barbarism while escorting a death march of Jewish inmates away from the forward-moving Russians. Ironically, it is a book by a Jewish survivor that has prompted the trial many years after the war.

The expression of the charges against Hanna as well as hearing her response to the charges leveled at her hit Michael like an arrow piercing his heart. Both provide him with the stark realization that his first true love had been with a woman who wittingly took part in the murder of hundreds of thousands of Jews.

Also, Michael while witnessing the trial hears evidence presented that suddenly brings another one of Hanna’s secrets sharply into focus, which also distinctly helps him understand why she became a prison guard. However, the discovery does not excuse her unforgivable guilt.

Still, the new evidence he uncovers just might affect her sentencing.