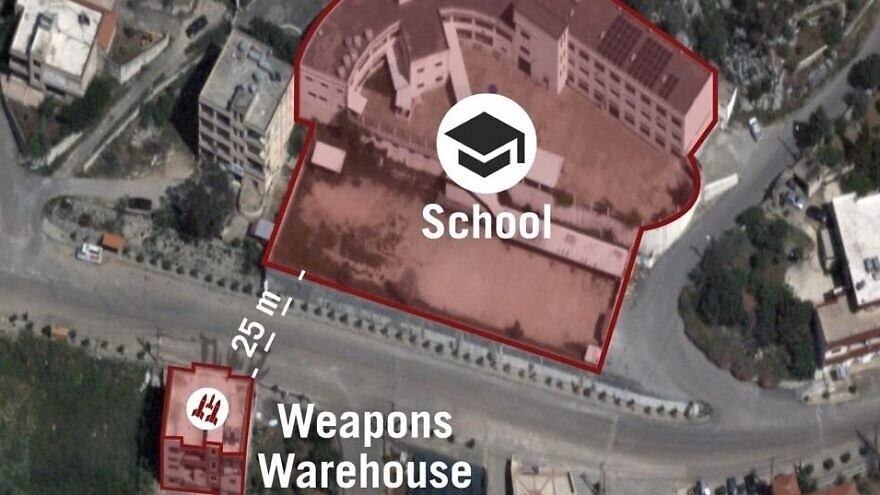 The Israel Defense Forces revealed a Hezbollah weapons warehouse on Wednesday built in close proximity to a school in Southern Lebanon.

On its official Twitter account, the Israeli military said: “Our intelligence can reveal that Hezbollah has built a weapons warehouse just 25 meters from a school in the village of Ebba, Lebanon. This endangers the lives of 300 children who attend the school. Hezbollah doesn’t want you to RT this, but these innocent children need you to.”

The IDF then tweeted the precise coordinates of the warehouse. The village of Ebba is located west of the town of Nabayiyeh in Southern Lebanon.

An animated IDF video shows a structure containing a large number of rockets and launchers in a simulated building in the village.

Such campaigns also demonstrate the extent of Israel’s intelligence coverage of the terror group’s activities.