Home News Israel ‘If your conscience is clear, there’s no reason to resign,’ says Israel’s... 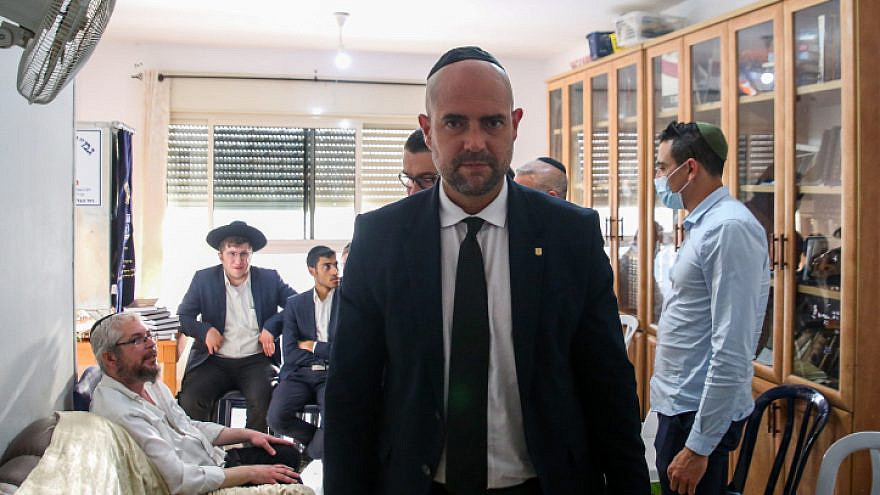 Israeli Public Security Minister Amir Ohana is sticking to his guns after sparking controversy for saying that while he was responsible for the tragedy at Mount Meron on April 30, “responsibility does not mean blame.”

Ohana doesn’t believe that he or any other senior Israel Police official is guilty of negligence with regard to the deadly Lag B’Omer stampede, nor does he believe anyone should resign. Nevertheless, he said the Public Security Ministry and senior police officials would cooperate with any investigation that is opened.

Q: What did you mean when you wrote that responsibility did not mean guilt?

Q: So who is responsible for managing the event?

A: Unfortunately, this issue has never been resolved. I’ve already said that I and all those who bear responsibility will cooperate with whatever assessment mechanism is determined, and we will.

Q: Have you read the state comptroller’s report?

A: I have read the relevant parts.

Q: The police promised organizers they would be able to regulate the entry of buses when the place started to get packed. Why didn’t that happen?

A: Of course, that’s not a minor issue, and the police took that very seriously. The police made plans so that arrivals to the site would be orderly, and if need be, speedy evaluation.

Q: How is it that 45 people died and yet no one has resigned?

A: I am examining whether there was full and serious preparation to see whether they [the police] functioned properly, whether they dedicated enough forces to this event. Preparations are made for the Mount Meron event for over half a year. I am not familiar with any event like this, [with the participation of] dozens of yeshivas,  almost 5,000 police officers on the ground. I am looking into whether they did all of the drills and made all the necessary preparations, and that’s why I can’t find a flaw in the conduct of public security bodies.

Q: Do you support calls for a state commission of inquiry?

Q: Regardless of criminal liability, is there no justification for top brass handing over the keys?

A: Absolutely not. If their conscience is clean, and they did all they could to prepare for the event, there’s no reason for them to. We have here a terrible tragedy and a difficult disaster. On the day of the event, I visit the wounded to hear what happened. Later, with the beginning of Shabbat, I assisted families in times of difficulty at the Institute of Forensic Medicine, and I’m dedicating these days to consoling the bereaved. I don’t hear the things I hear in the [news] studios there. I hear a lot of talk about unity, that that is the will of the deceased. That is the character of the sector they come from. They don’t want division.