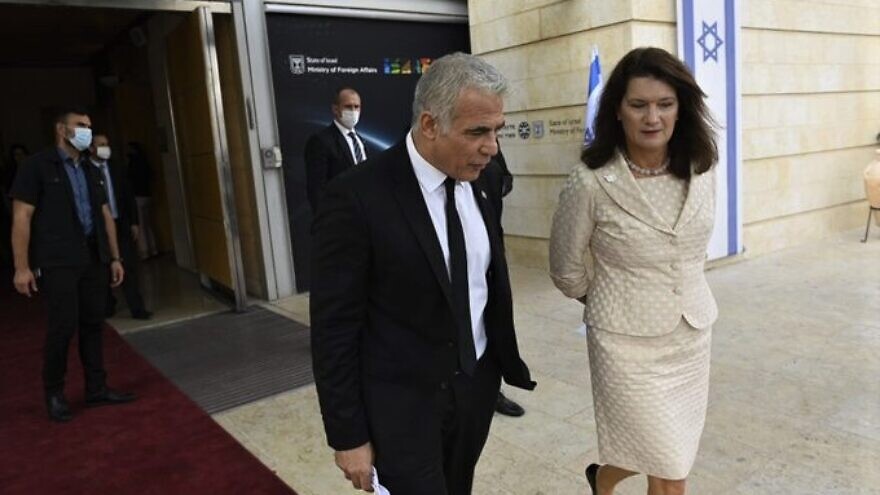 Nevertheless, the two nations are determined to maintain growing ties and note that disagreements are part of the diplomatic process.

As Lapid posted on Twitter: “Israel and Sweden have a deep and long-standing friendship with ties in trade and culture.”

Linde followed suit, saying, “We might not always agree, but good friends disagree. And I think it’s really, really important that you know that Sweden is a friend of Israel,” she said, according to the AP.

Lapid also noted that Linde told him “behind the criticism lies a deep Swedish commitment to Israel’s security, and the right of the Jewish people to establish a state for ourselves in our historic homeland.”

Linde began her trip with a visit to Yad Vashem in Jerusalem, placing a wreath in memory of the 6 million Jews murdered by Nazi Germany and its collaborators

“On behalf of Sweden, I promise that we say ‘Never again’ and mean it. We will continue to take action to combat anti-Semitism in all its forms, to make sure that we never forget,” she said, according to the report.