Home News In partnership with AJC, hundreds of US mayors sign pledge to combat... 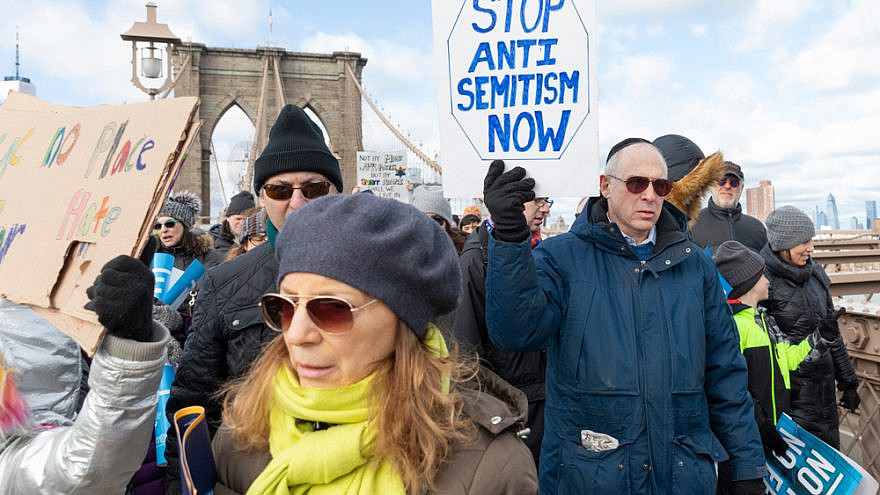 American Jewish Committee and the U.S. Conference of Mayors (USCM) announced on Monday that more than 525 mayors across the United States have joined their national effort to combat anti-Semitism.

The two organizations are calling on mayors across the country to sign a statement declaring that anti-Semitism is incompatible with fundamental democratic values.

“Anti-Semitism is a growing societal menace, it comes from multiple sources, and mayors are uniquely positioned to lead their cities in taking concerted steps to fight it,” said AJC CEO David Harris.

The statement, Mayors United Against Antisemitism, in part reads: “In a world of global communications, where anti-Semitic ideas spread rapidly, a concerted and principled response is required to raise awareness, to educate and to ensure decency prevails. As mayors and municipal leaders, we have a unique responsibility to speak out against the growing menace of anti-Semitism.”

“By signing this statement, more than 525 mayors registered their opposition to the dramatic increase in anti-Semitism we have experienced in our country and pledged to work together to reverse it,” he said.

As part of signing the pledge, the mayors agree to condemn anti-Semitism in all its forms, including hatred and prejudice directed towards Jews, stereotypes or conspiracy theories about Jews, Holocaust denial or distortion, and anti-Israel animus that crosses a line to target Jews or deny the Jewish state’s right to exist.

Additionally, the mayors also will support national, state and local efforts to eradicate anti-Semitism; reject notions that Israel’s actions can justify or excuse anti-Semitic acts; and affirm that a climate of mutual understanding and respect among all citizens is the bedrock of pluralistic communities.

In 2019, the Conference of Mayors adopted policy condemning the disturbing increasing trend of violence towards individuals and institutions based on faith. That resolution specifically condemned “anti-Semitic acts and statements as hateful expressions of intolerance that are contradictory to the values that define the people of the United States.”

The AJC-USCM initiative comes as incidents of anti-Semitism, some of them violent, continue to rise across the United States, confirmed in FBI reports and AJC public-opinion surveys.

American Jews, who make up less than 2 percent of the U.S. population, were the victims of 60.2 percent of anti-religious hate crimes, according to the FBI 2019 Hate Crimes Statistics report.

AJC’s 2020 State of Antisemitism in America report found that 88 percent of Jews considered anti-Semitism a problem today in the United States, 35 percent had personally been victims of anti-Semitism over the past five years, and 31 percent had taken measures to conceal their Jewishness in public.