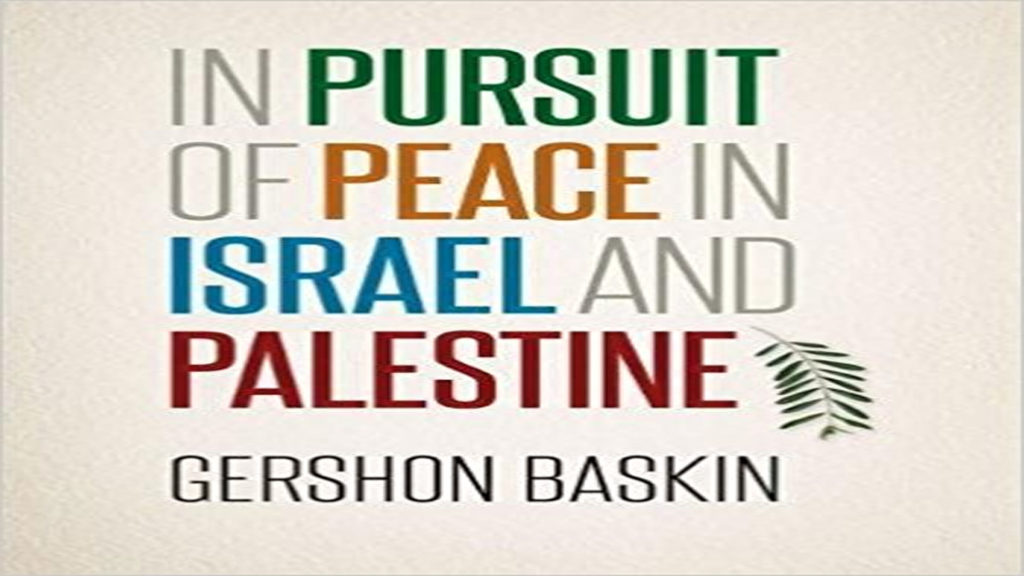 Many are those who have tried to mediate between Israelis and Palestinians in their over 150-year-old conflict. Considerably fewer are those who can point to concrete achievements, in addition to being considered honest and fair by all sides. Gershon Baskin, a long-time Israeli peace activist, is one of those precious few, having successfully mediated the release of captured Israeli soldier Gilad Schalit in 2011 in exchange for over 1,000 Palestinian prisoners. In fact, with the possible exception of the German intelligence officer Gerhard Conrad, who has mediated several Israeli-Hezbollah prisoner swaps, I cannot think of any other comparable individual and in Baskin’s case, private mediator. In the polarized political climate that defines the era we are living in today, it is also rare to come across people who know the three main actors of the conflict—Israel, the Palestinian Authority (PA), and Hamas—very well. International Crisis Group’s two senior analysts, Ofer Zalzberg and Nathan Thrall, would also fit into this category.

In his new book, which is a form of memoir, Baskin tells how he has been building peace in the conflict from the bottom up for close to four decades—and continues, indefatigably, to do so, despite what appear from the outside to be ever more obstacles in the way of a negotiated two-state solution with a Palestinian state alongside Israel.

Baskin’s previous book, The Negotiator: Freeing Gilad Schalit from Hamas (2013), which I have not read, was about his successful mediation in freeing Israeli soldier Gilad Schalit in 2011. It would not have been wrong to summarize the findings of that book in a short  hapter in this one, as it is a form of memoir, even if I fully understand that Baskin wanted to write a whole new book.

Most fascinating in this book are the last five chapters, which give an intimate account of Baskin’s dealings with both Israeli prime minister Benjamin Netanyahu’s and PA president Mahmoud Abbas’s inner circles, as well as with Israeli opposition leader Israel Herzog’s inner circle and several officials from the two Barack Obama administrations. While there are many books about earlier episodes of the Israeli-Palestinian negotiations, including the American involvement, there are not yet many books dealing with the peace negotiations during the Obama era, particularly during his second term. After reading the book, I cannot help feeling that I would have liked to read a whole book about Baskin’s secret mediation during the Obama era.

The absolute highlights of the book are the glimpses into Baskin’s secret back channels and messages from Abbas to Netanyahu and Herzog. It is fascinating to read parts of the drafts of peace proposals and emails that Baskin sent to various officials. It is also fascinating to see how the thinking went on the final-status issues of the conflict (borders, settlements, the status of Jerusalem, refugees, mutual recognition, and security). The reader is often left with the feeling that maybe the gaps are not unbridgeable after all, which is a very welcome message these days. One of the main tragedies of the conflict is precisely that while a majority in both societies wants peace, the same majority does not believe in the other side’s willingness to make peace. Baskin approaches the conflict and its two sides in a very humane way, showing great respect for the sensitivities of both societies. In Pursuit of Peace in Israel and Palestine projects hope on every page, but it is not a naïve hope.

Baskin depicts Abbas with his myriad of internal problems as prepared for peace and Netanyahu as the real obstacle. This is not exactly news for analysts who closely follow the conflict, either in the region or outside of it, but what is news, at least for this reviewer, is that Baskin states that Netanyahu turned down at least three offers from Abbas, which were delivered by Baskin himself, to participate in a secret back channel of genuine negotiations. As propaganda, lies, and alternative facts can only be countered by real facts backed up by proper references, Baskin’s book will serve as one of the best references there is to debunk the myth that the Palestinians are always the ones who say no to peace negotiations.

When I read In Pursuit of Peace in Israel and Palestine, I cannot help comparing Baskin’s relationship with Abbas to Uri Avnery’s relationship with Abbas’s predecessor, Yasser Arafat. While the two PA leaders, the present and the former, are both despised by large segments of Israeli society and seen as untrustworthy, Baskin refers to Abbas and his advisors in the same very respectful tone as Avnery always used with Arafat.

Another main takeaway from the book is the very unflattering portrait of former Israeli opposition leader Israel Herzog. Baskin details how in 2014 he mediated a secret back channel negotiation between Abbas’s and Herzog’s inner circles that was meant to produce an agreement between the advisors, which Abbas and Herzog would then endorse and present to their publics before the 2015 Israeli elections. But the Zionist Union (the Herzog-Tzipi Livni joint list) instead chose to run on a platform with very vague language on the peace process with the Palestinians. According to Baskin, Herzog told him that the most important thing was to win the election and that he could advance peace later, but the opposition leader ended up doing neither.

It is certainly possible to challenge some of the book’s conclusions, for example that Hamas’s tunnels and rockets did not and will not help to liberate Palestine. Another widely celebrated book that came out in 2017, which not surprisingly was a great year for books about IsraelPalestine, as it marked fifty years since the 1967 war and the beginning of the occupation, was Nathan Thrall’s The Only Language They Understand: Forcing Compromise in Israel and Palestine. Thrall’s book argues precisely the opposite: that the only language Israelis and Palestinians understand is force—including but not limited to violence—and that the largest concessions from each side, from Israeli territorial withdrawals to the Palestinian acceptance of the two-state solution, came after force and coercion were used.[1] If there were ever a public debate between Baskin and Thrall on this topic, I would take a front seat.

Another of Baskin’s conclusions is that that the biggest favor the United States and other third parties can do for the peace process is to openly tell the parties that no one from the outside will save Israel and Palestine from each other. This is called “the benign neglect approach” and came up from time to time during the two Obama administrations, even from some senior US officials, but it has never really been tried by the US and other international actors involved in the conflict. The logic behind this approach is that once the United States stops trying to save Israel from the consequences of its actions, its leaders might be scared into changing course.[2] It is difficult to say whether this approach would work, but it is certainly an idea worth exploring further, both what it means more theoretically and what kind of practical implications it might have on the two sides, primarily on Israel, but also on the PA, which like Israel is very dependent on international support. Could it be, for example, that President Donald Trump will end up with his own version of a “benign neglect approach” if his muchanticipated peace plan does not lead anywhere?

In Pursuit of Peace in Israel and Palestine has many strengths and I warmly recommend people to read it. It is also one of those books on the conflict that both the engaged public, including young students and specialists, can read and find interesting. The same is true for Baskin’s weekly column in the Jerusalem Post and his postings on social media, which I devoutly follow.

He represents truly independent thinking and a unique voice, which probably is possible only for people who have absolutely no government or institutional affiliation. I was not at all surprised to learn from his Facebook page that he has once again begun to mediate in the ongoing clashes along the Gaza-Israeli border following what in Gaza is called the “Great March of Return.”[3]

At the end of the book, Baskin states his disappointment that his mediation between Abbas and Herzog failed. He also states, somewhat cryptically, that while this initiative failed, others are being tried. It seems to me that Baskin might know something that we do not.

So, let us all hope that he will get the chance to write another book, this time on successful mediation in this conflict.