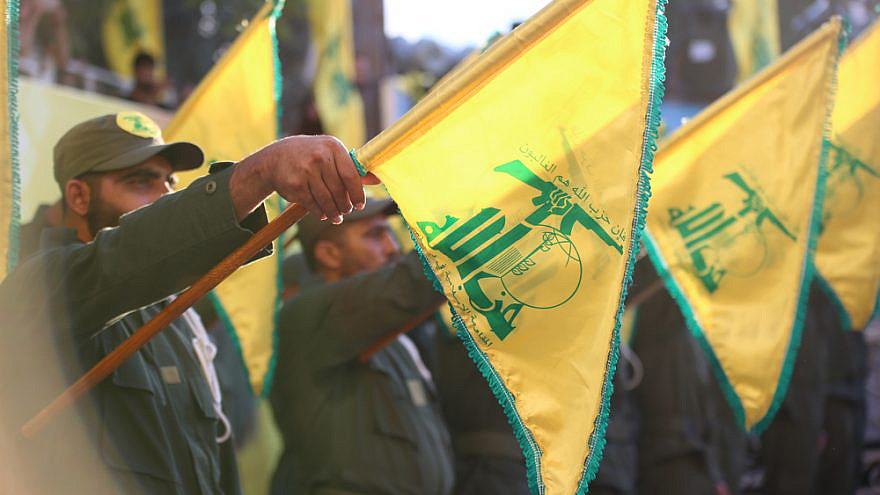 Lebanon, the least stable country in Israel’s environment at this time, is home to Iran’s strongest proxy, Hezbollah, which continues to get stronger despite the many crises plaguing its host country.

Lebanon’s multi-faceted dysfunction at the political, economic and social levels has seen its citizens plunged into misery with many of them staring into the abyss of a humanitarian crisis (the country has recently declined Israeli offers for humanitarian assistance).

At the same time, Hezbollah is growing more entrenched in Lebanon’s political system, while building up its military force, according to Maj. (res.) Tal Beeri, who heads the research department at the Alma Center in Israel and who served for 20 years in the IDF’s Military Intelligence Directorate.

With Iranian assistance, Hezbollah is importing drones, rockets and surface-to-air missile systems, and examining ways to build precision-guided missiles on Lebanese territory—an activity that Israel has explicitly warned it would not tolerate due to the capability this would give Hezbollah to target strategic sites in Israel.

In recent weeks, Israel has reportedly stepped up its gray-zone strikes in Syria, targeting efforts to smuggle advanced weapons to Hezbollah in Lebanon; this increase “simply proves that the force buildup is ongoing,” stated Beeri.

A dramatic and rare daytime strike on Oct. 31 in Syria—attributed by international media reports to Israel—was likely designed to stop an imminent transfer of weapons to Hezbollah, assessed Beeri.

Similarly, a rare early evening bombing of targets in the western Syria areas of Tartus and Homs, not far from Lebanon, on Nov. 8 was probably part of an attempt to stop arms from reaching the terror organization’s Lebanese warehouses.

“This suggests that Hezbollah is building up force all of the time. Someone is trying to prevent it, but the intention and the activity is there. Lebanon’s crisis has not influenced this at all. The only side that can harm Hezbollah’s force buildup is Israel,” said Beeri. Alternatively, he added the Iranian policy towards Hezbollah would change, although such a scenario appears far from realistic at this time.

It is safe to assume that Israel’s intelligence community is closely monitoring Hezbollah’s accumulation of firepower and keeping a watchful eye on any new attempts by Hezbollah to initiate domestic precision-missile production.

Israel considers the development of an indigenous Hezbollah missile industry to be a highly destabilizing event that cannot be tolerated and has made continuous efforts to both disrupt the force accumulation process and deter Hezbollah from using the weapons that it does have.

In terms of willingness to activate that force, Beeri said Hezbollah has passed up recent opportunities to do so, both within Lebanon and against Israel.

‘A testament to self-confidence, not weakness’

The October gun battle in Beirut between Lebanese Christian Forces, headed by Samir Geagea, and Hezbollah and allied Shi’ite Amal movement operatives could have led to a decision by Hezbollah to exhibit its force in the same way it did in May 2008, when it took over Beirut’s airport and media outlets after a government decision to remove its internal communications system and the pro-Hezbollah head of airport security. Yet it refrained from acting.

“In my view, this is testament of Hezbollah’s self-confidence, not weakness,” said Beeri. “It is clear to everyone in Lebanon that Hezbollah is the most powerful organization. Geagea has a small armed militia, but it can’t deal with Hezbollah.”

In addition, shrapnel that fell in Lebanon on in November as a result of the recent strikes on Tartus and Homs, which injured Lebanese civilians and damaged properties, could have been an excuse for Hezbollah to respond—but here, too, the organization preferred to avoid using force. “This strengthens the assessment that Hezbollah has no interest in taking special action unless ‘someone steps on its sore spots,’ ” said Beeri.

“There is a very clear separation between Syria and Lebanon. Hezbollah will not respond to incidents in Syria unless one of its direct members is killed on Syrian soil, and Hezbollah attributes this to Israel,” explained Beeri. “Hence, the attacks in Syria have had no influence on Israeli-Hezbollah dynamics.”

Hezbollah’s base—made up of the majority of Lebanon’s Shi’ite population—has remained stable, despite some Shi’ite opposition voices Beeri described as exceptions that remain passive.

At the political level, those in Lebanon who oppose Hezbollah—members of the March 14 bloc—have been in opposition to it in any case, irrespective of Lebanon’s recent crises, he added.

On the other hand, Hezbollah has been exploiting the crisis by activating its connections and capabilities to “demonstrate that it is a suitable alternative that can provide answers to the country’s ills,” said Beeri.

Still, he added, this is largely an effort aimed at sending messages to Hezbollah’s own base, and this is not expected to change the already divided Lebanese population’s perception of the organization. Hezbollah will ultimately continue to have the final say on what happens in the land of the cedars.