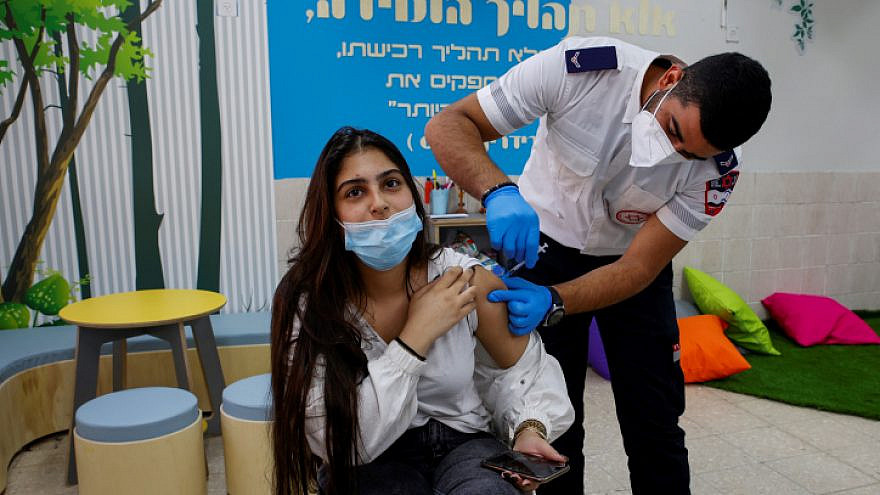 Pending final Health Ministry approval, Israel is set to begin vaccinating children aged 12 to 15 against the Covid-19 virus on June 6, the ministry announced on Sunday.

There are around 600,000 children in this age group in Israel.

In a meeting on Sunday, Health Ministry representatives informed healthcare providers that in the first stage, vaccinations would be performed in schools, providing maximum access to youths from all sectors.

Magen David Adom emergency services, which assisted healthcare providers earlier on in the vaccination campaign, is expected to be tasked with vaccinating students. Later on, healthcare providers will be informed which of their members in this age group have yet to be inoculated and will take over the campaign.

Following in the U.S. Food and Drug Administration’s footsteps, the European Medicines Agency approved the emergency use of Pfizer’s vaccine in teens aged 12 to 15 over the weekend. The Health Ministry is waiting on its team of pandemic experts to decide whether to authorize the vaccination of teens.

As most cases of heart inflammation were reported upon receiving a second dose of the vaccine, one of the options on the table would see teens receive one dose instead of the usual two doses of the vaccine.

“We are being attacked for holding off on a decision and being cautious,” said Health Ministry Director General Hezi Levi. “We’re holding talks and collecting material. As for reports of heart inflammation, we are being cautious in our examination of all the instances, seeing whether there is a connection between the events and the vaccines. We are going over all of the medical files and checking everything.”