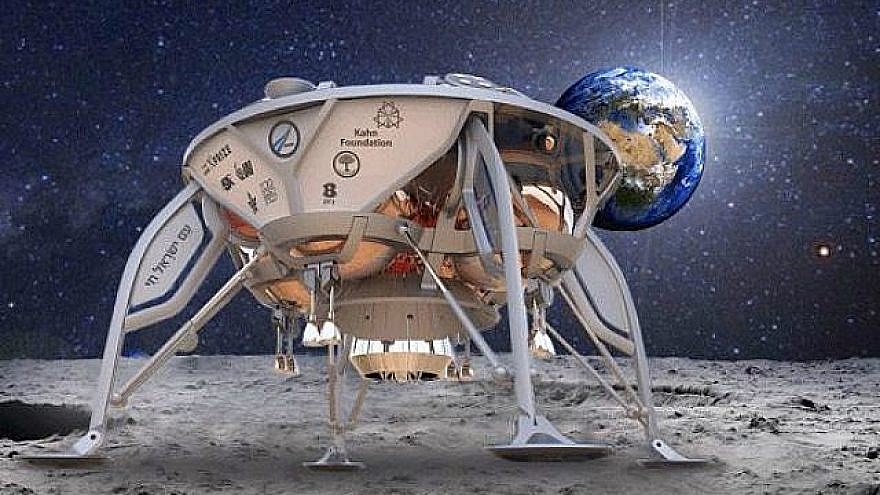 Israel will be the fourth nation on the planet to land a spacecraft on the moon, when its SpaceIL touches down on Earth’s only natural satellite on Feb. 13, 2019.

The other countries to have done so are Russia, the United States and China.

“We will put the Israeli flag on the moon” said Ido Anteby, CEO of SpaceIL.

The craft will also carry out an experiment for the Weizmann Institute of Science to measure the moon’s magnetic field.

The 2 meter-by-1.5 meter vehicle weighs 600 kilograms (1,323 pounds), making it the smallest spacecraft yet to touch down on the moon.

The event was also attended by Israeli billionaire philanthropist and SpaceIL president Morris Kahn, who donated some $27 million to the project. Kahn told journalists that he hoped to inspire young Israelis to take up the study of science.

SpaceIL launched in 2011 when engineers Yariv Bash, Kfir Damari and Yonatan Winetraub partnered to compete in the Google Lunar XPRIZE—an international competition to put a small, mobile craft on the moon. The prize was to be $20 million.

The competition never got off the ground, but SpaceIL kept working, getting funding from donors, including Kahn and American Jewish billionaire philanthropist Sheldon Adelson.

Although the Google contest was eventually scrapped in March 2018 after none of the teams managed to launch their probes before the deadline, the SpaceIL group continued with its project, thanks to the support of its donors.

In total, the project has cost approximately $95 million.