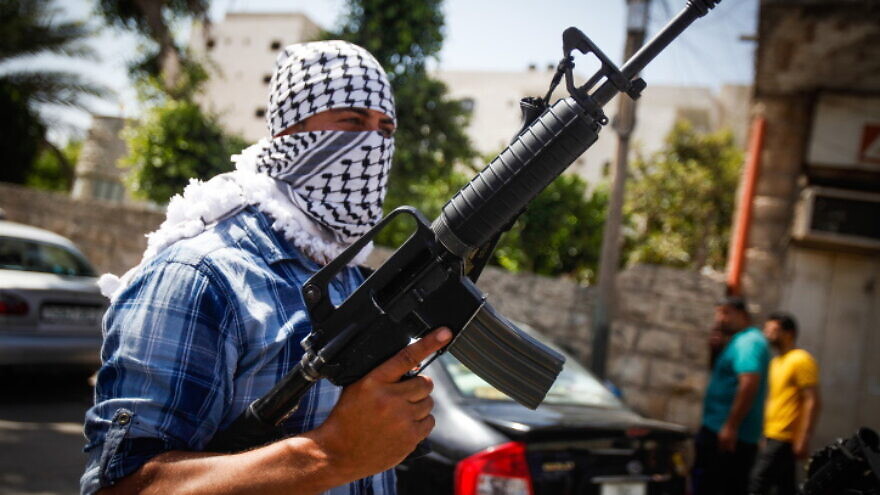 Israel’s Security Cabinet voted on Sunday to withhold 597 million shekels ($182 million) from the tax revenues it collects for the Palestinian Authority, in accordance with a terror finance law passed in 2018.

The amount is equivalent to what the P.A. spent on “indirect support for terrorism” the previous year, according to an annual report prepared by the Defense Ministry’s National Bureau for Counter Terror Financing and submitted by Israeli Defense Minister Benny Gantz.

Israel collects taxes on behalf of the P.A. and transfers them on a monthly basis as per the 1994 Paris Protocol detailing economic relations between Israel and the Palestinian Liberation Organization, then representing the Palestinian people. These funds comprise some 60 percent of the P.A.’s budget.

In July 2018, Israel passed a law to deduct from these payments an amount equal to that which the P.A. disburses to terrorists imprisoned in Israel and to the families of deceased terrorists, known as “pay for slay.”

The report approved by the Cabinet on Sunday was the fourth since the law was passed. After the first deduction in February 2019, the P.A. announced that it would reject all tax revenue collected by Israel in protest. The P.A. agreed to again accept payments in October 2019 but did not halt the terror stipends.

In May 2020, the head of the Israel Defense Forces in Judea and Samaria signed an amendment exposing Palestinian banks handling these payments to Israel’s anti-terror laws. That led to the closure of 35,000 accounts that had been used to make the monthly payments, according to the Israeli media research institute Palestinian Media Watch (PMW).

Due to this, the P.A. has since been forced to distribute the stipends via the post office for a third month, sparking complaints that recipients find the process “humiliating,” according to PMW.