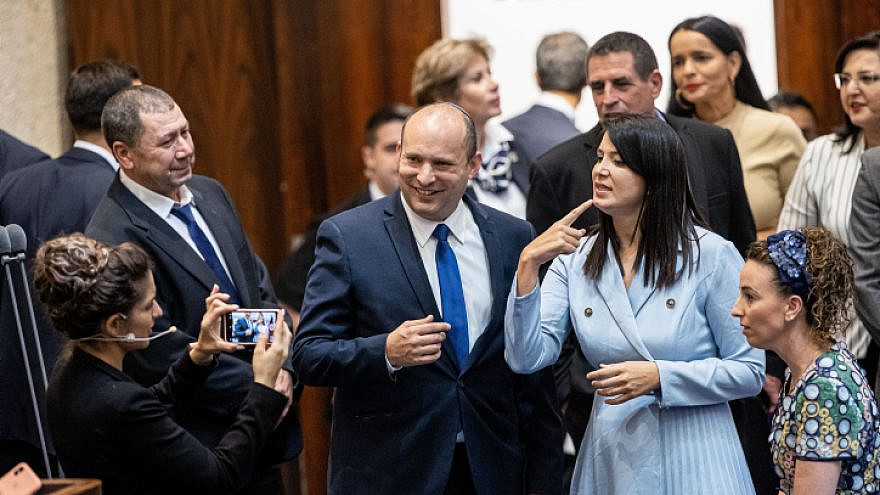 Three days after its inauguration, Israel’s new government on Wednesday approved the composition of its diplomatic-security cabinet. The government also approved the establishment of a ministerial committee on foreign service appointments.

Meanwhile, the ministerial committee on foreign service appointments will be tasked with vetting candidates for ambassadorial and general consul posts from within the Foreign Ministry and diplomatic corps, before they are approved by the government.

Earlier on Wednesday, Bennett and Lapid convened their first working meeting together at the Prime Minister’s Office.

Also on Wednesday, 11 new lawmakers were sworn in within the framework of Israel’s controversial “Norwegian Law,” which allows any Knesset member appointed to a cabinet post to step down temporarily from the Knesset, thereby permitting the next candidate on the party’s slate to enter parliament in their stead. Two more MKs from the Meretz Party (Michal Rozin and Gaby Lasky) will be sworn in at a later date, after the resignation of the ministers from their party is ratified.