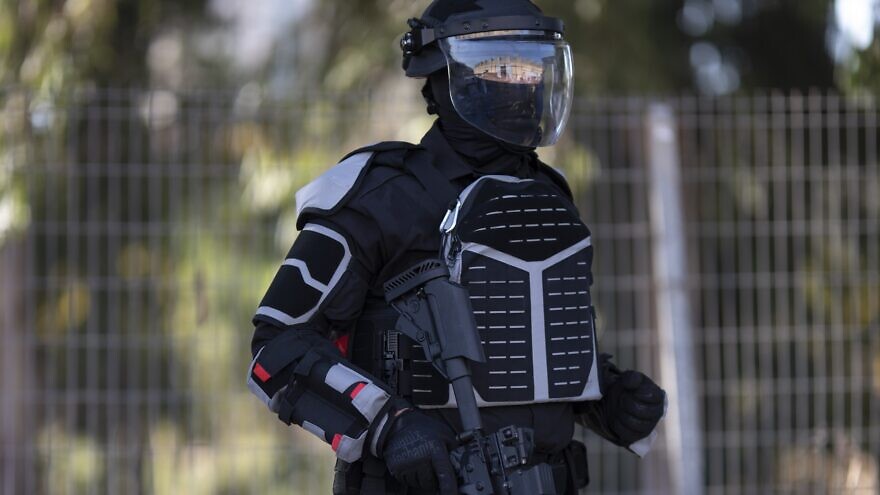 Israel Weapons Industries (IWI), which produces small arms for military forces and law enforcement, unveiled a new riot protection suit for security forces that absorbs kinetic trauma, as well as reduces and diverts the transfer of a blow to the body.

The Ramat Hasharon-based company said on Tuesday that its Gal Versatile Protective Suit (VPS) is “designed for the protection of forces while maintaining public order,” adding that “the lightweight, wearable protection system is adaptable to all scenarios.”

VPS includes a vest, and arm and leg protectors, and is “the most lightweight protective suit,” IWI said in a statement, adding that the “design enables users from small to large sizes to wear it.”

“The system is also covered with an anti-abrasion material or with flame-retardant material, according to the customer’s needs. Together with the bulletproof and anti-stab ultralight vest and ultralight ballistic helmet, the GAL VPS is the most up-to-date, versatile protective suit available today,” stated the company.

Ronen Hamudot, executive vice president of marketing and sales at SK Group to which IWI belongs, said “in the past year, we have witnessed the growing need for a professional personal protection system that provides a solution for security forces in the face of diverse missions and minute-by-minute situational changes.”

IWI’s best-known products include the Tavor and the Micro Tavor assault rifles, as well as the Galil sniper rifle and the Negev light machine gun, as well as the Uzi semi-automatic gun, which in its latest form is called the Uzi Pro. The company also produces Jericho pistols.