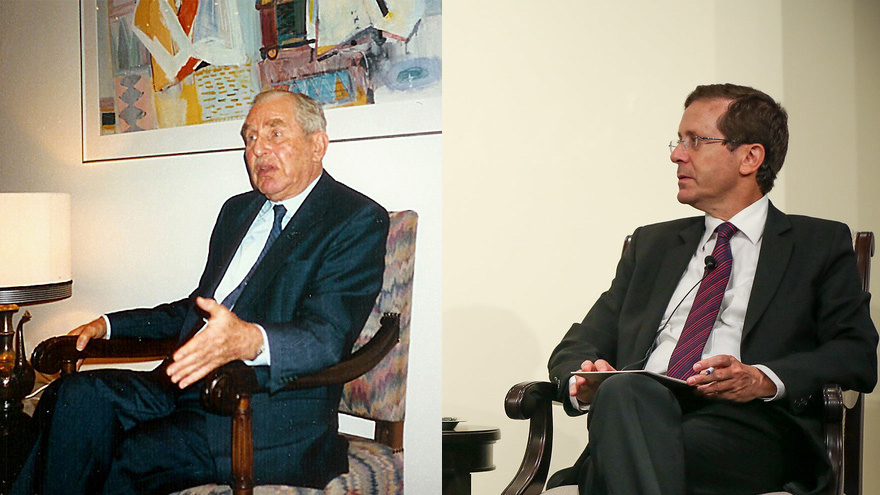 Israeli President Isaac Herzog’s path was paved by the generations that came before him. His father, Chaim Herzog, followed in his grandfather Rabbi Yitzhak Halevi Herzog’s footsteps. When the latter heard about the 1949 U.N. resolution determining Jerusalem not to be a part of the State of Israel, but an international city, he—already along in years—got dressed and headed out of his home on Jerusalem’s Ibn Ezra Street to the Great Synagogue.

A young boy at the time, I saw him as he ascended the steps of the synagogue in the presence of hundreds of worshippers who had gathered there and proceeded to tear up a copy of the resolution. This was his response at a time when he saw the United Nations taking Israel’s eternal capital city away from the Jewish state.

Years later, his son, Chaim Herzog, addressed the U.N. General Assembly, his hand gripping a copy of Resolution 3379 that determined “Zionism is racism” and ripped it to pieces. The son was following in the footsteps of his father.

The entire world saw this image of an Israeli representative tearing up a U.N. resolution—one that the world body would come, years later, to regret and rectify.

Herzog’s grandfather, who witnessed the establishment of the state and was able to issue the first orders to the IDF on observing mitzvot, composed a prayer for the welfare of the state and prayed for its ministers. It’s a prayer that we continue to need to this day.

It was on these prayers that Israel’s new president, an attorney with a rich history of public activity in the Knesset and the government, and who served as the head of the Jewish Agency, was raised.

I speak for the people of Israel who cheer him on and wish him great success today.

May Israel be fortunate to know peace and prosperity during his term in office and for generations to come.