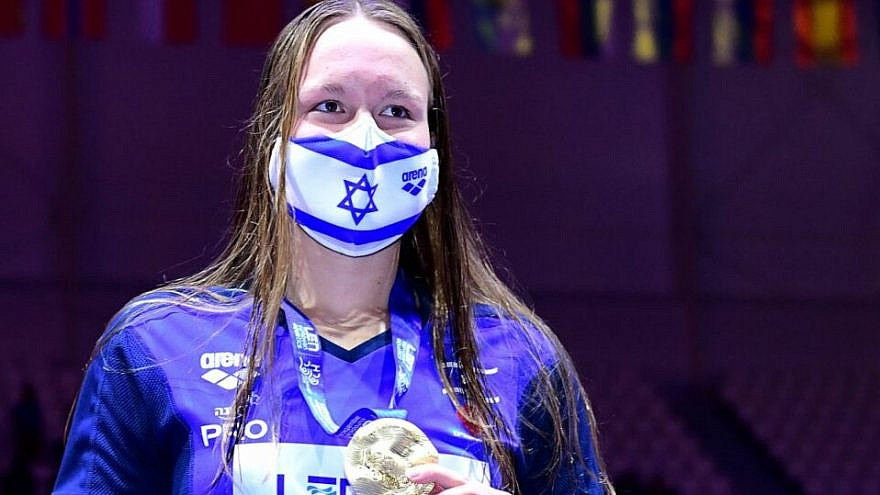 The 17-year-old took home the top honor at the European Aquatics Championship in Budapest, Hungary.

Gorbenko came in first in the women’s 200-meter individual medley finals with a time of 2:09.99 minutes, which also set a new Israeli record. She reportedly entered the competition with a lifetime best of 2:11.92, which she swam at the 2019 World Championships and which stood as the Israeli record until Saturday.

In second place was the United Kingdom’s Abbie Wood, with a time of 2:10.03 minutes, followed by Hungary’s Katinka Hosszu, who finished just seven hundredths of a second later. Gorbenko’s win on Saturday ended Hosszu’s winning run of five straight titles, according to Swimming World magazine.

Gorbenko will compete in the Tokyo Olympics this summer, reported The Times of Israel.