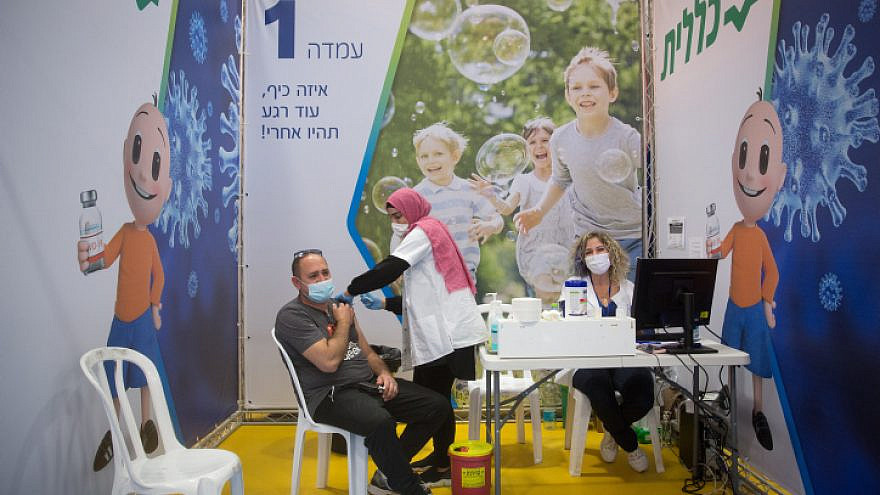 The Israeli Health Ministry on Wednesday announced that beginning on Thursday, COVID-19 vaccines would be available to all Israelis over the age of 16.

As of Wednesday morning, 3,237,163 people in Israel had received the first dose of Pfizer’s BioNTech vaccine and 1,855,785 had received two doses, according to Health Ministry data. However, despite the country’s aggressive vaccination campaign, which has been conducted during its third full lockdown since the crisis began in March, morbidity has dropped troublingly slowly, with 9.3 percent of the coronavirus tests conducted on Tuesday returning positive results.

According to Israeli Health Minister Yuli Edelstein, the main culprit is the so-called U.K. variant of the COVID-19 virus, which Israeli Prime Minister Benjamin Netanyahu on Tuesday said constituted 80 percent of all new confirmed infections, up from 70 percent just days ago.

At a joint press conference with Edelstein on Tuesday, Netanyahu said that Israel was in a race between the vaccination campaign and the virus variant, and said that prioritizing for inoculation those over the age of 50 will be key to successfully exiting the lockdown.

He thus proposed as a “national goal” vaccinating at least 90 percent of those in this age group within a two-week span, noting that this was achievable, as 77 percent of them have already been vaccinated. He vowed to present the proposal, along with a lockdown exit plan, to the Cabinet.

“If we take control of the disease in these ages, if we succeed in vaccinating and protecting the people in this group, to a large extent we will be on the way to victory over the coronavirus,” said Netanyahu.

The country would start exiting the lockdown in the coming week, he said, but stressed that it would do so carefully.